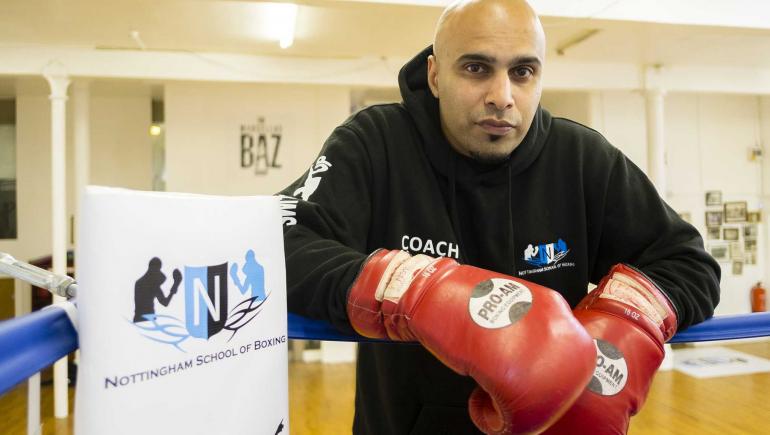 ConnectSport is working with the Sport for Development Coalition to create a monthly 'call for articles' around a particular theme or subject area. Throughout December 2018 we are publishing articles focusing on 'Sport's role in reducing crime'. Here Marcellus Baz, Senior Managing Director of Switch Up, talks about his amazing journey in article reproduced with the kind permission of the Alliance of Sport for the Desistance of Crime. To submit an article, contact hello@connectsport.co.uk.

Switch Up CIC uses boxing and mentoring to help young people break the cycle of crime and release their full potential. As founder and head coach Marcellus Baz says, “I can relate to everything they’re going through – because I’ve been through it myself.”

Marcellus’ background certainly gives him empathy with young people who are either referred to his programmes at Nottingham School of Boxing or join voluntarily. The majority are from deprived backgrounds, have been involved in gangs, violence and drugs; many have suffered trauma and exploitation and have mental health issues. Some males and females on the programme have been physically and/or sexually abused.

Switch Up combines sport (principally boxing) with mentoring, counselling and education to raise young people’s confidence and self-esteem, boosting life skills, social skills and employability, gradually getting young people to talk about their issues and guiding their process of rehabilitation.

It’s a journey Marcellus is very familiar with. He grew up in the troubled Meadows area of Nottingham as one of 10 children with a largely absent father and a mother with mental health issues. “I was groomed into a gang lifestyle and became desensitized to violence,” he said. “I saw a lot of horrific things. I never went out without a knife or a shooter. My best friend died in my arms and I saw the lights go out in his eyes.”

While being chased by the police one day, he ducked into a leisure centre and found himself in the boxing gym. It was a moment that changed his life. The coach, Albert Tandy, soon took him under his wing. 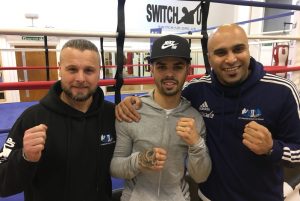 Boxing became Marcellus’ escape, expanding his social circle and giving him a sense of belonging. “Everybody was together, it was like a family,” he said. “It gave me somewhere to channel my anger and aggression. It was an environment where I could learn from mentors and positive role models, which I’d never had in my life. I felt accepted.”

He was soon on the verge of signing a professional contract with legendary trainer Brendan Ingle, but was attacked by four rival gang members, one of whom stabbed him through the hand with a machete. He almost died and was told he would never box again. Resisting the urge to take retribution, he tried to find work but his criminal record held him back. He was still making money “the wrong way” and in “a very dark place”.

Desperate to break the cycle, he started volunteering and got a job at a sports centre. He reflected: “I realised there were a lot of kids like me; isolated, lost, traumatised, stuck in a cycle of crime and violence with no education or guidance. I wanted to create an environment to help them.”

That’s where the seeds of the Nottingham School of Boxing and the Switch Up project were sown. The programmes are now so well established and reputed that they have been replicated in Denmark, with further interest from Derbyshire, London, Birmingham and Leeds. Marcellus’ expertise in gangs has been coveted by the prime minister of Norway and he has spoken at conferences in Los Angeles and Brazil. He was awarded a British Empire medal by the Queen in 2016 and last year was named Unsung Hero at BBC Sports Personality of the Year and Community Coach of the Year at UK Coaching’s Coaching Awards.

Switch Up and the Nottingham School of Boxing now have over 800 young people on their books. Marcellus’ coaching and mentoring team consists of 10 paid staff (six of whom are also ex-gang members) and 30 volunteers. The skillset needed to work in that environment is highly nuanced.

“You have to be more than just a coach,” Marcellus stated. “It doesn’t matter about their background but they need to have lived a little bit – not necessarily the criminal life but some life experiences. Most importantly, their values and ethos must match ours.

“My guys are all trained up internally on their local knowledge, codes, language and sensitivities, and our strategic partners upskill them on safeguarding and accredited mentoring training. 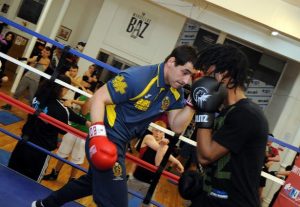 “Our high-risk targeted young people start on a one-to-one basis. You can’t throw a young person straight into a group session because there are a lot of insecurities, issues and egos. Let’s say you’re a guy with a big local reputation who’s smoking a lot of weed and has never been active. Ask them to skip in a boxing ring for two minutes and they may not be able to do it. They will lose respect. You have to protect them from that or you won’t get that engagement. You build their confidence, self-esteem and skillset; give them that feel-good factor until they’re happy to enter into universal sessions.

“You have to be very flexible, understanding and go at their pace. You need to understand and be sensitive to their particular issues. If someone has been self-harming, you don’t march up to them and ask what’s wrong with their arms. You give them time, build up trust and allow them to talk to you.

“You also have to allow for relapses. Kids suffering from trauma will relapse and you’ve got to give them that space to do so and keep that door open for them to come back in again.”

So far, the programme has produced three national boxing champions, but the impact is far broader than achievements in the ring. Here are two among hundreds of examples:

One young person was referred from social care. He had a history of abuse, had been shifted from one detention centre to another and had been written off as “out of control” by authority. Switch Up engaged him in a variety of sports and mentored him to the point that he was ready to accept counselling and talk about his traumas. Coaches acted as role models, offering someone who was a constant in his life and didn’t let him down. Counselling helped him accept his past. He started courses, began volunteering at the boxing club, gained employability skills and has now got a full-time job at Land Rover.

A girl referred to Switch Up had been sexually exploited, beaten up and passed around different men. The programme re-built her shattered confidence, educated her about healthy relationships and placed her in a positive sporting environment with strong female role models. Her rehabilitation was so successful she now works for Women’s Aid helping other women who have gone through similar experiences to her own.

Marcellus is rightly proud of having turned his own life around and of helping his coaching team and young athletes go through the same processes of change, recovery and redemption.

He said: “We’ve done a lot of things in the past we’re not proud of but we’ve been accepted back into civilised society. We’re giving back and trying to influence the next generation to live better lives than we did. That gives us a real sense of achievement and heals us as people.”

To find out more about the Alliance of Sport for Desistance of Crime, visit its ConnectSport directory page. To add your organisation to the directory, contact hello@connectsport.co.uk.

Q&A on Commission on Sport and Low-Income Neighbourhoods

Mind: Leading the way on sport and mental health
SIGN UP FOR THE CONNECTSPORT NEWSLETTER