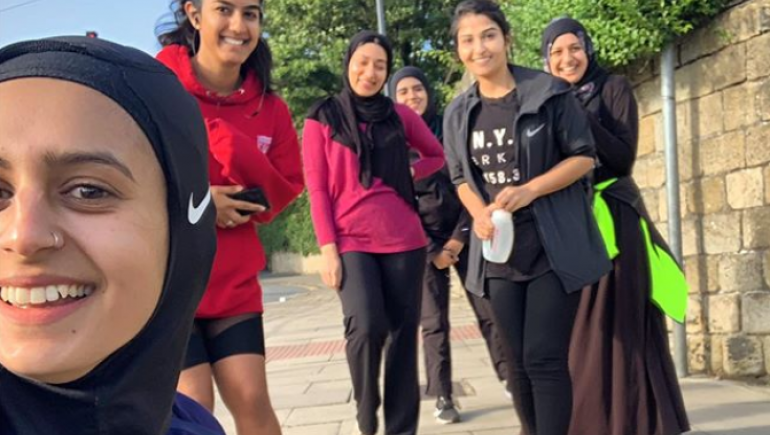 Namrah Shahid is founder and Run Leader for Hijabi Runners, a Leeds-based group which aims to create a community of Muslim and ethnic minority runners who can run in a comfortable all-female environment. ConnectSport spoke to Namrah about how the group was formed.

Hi Namrah, thanks for speaking to ConnectSport. Can you tell us why you set up the Hijabi Runners Club?

It was immediately obvious from my very first Parkrun back in 2016 that there were no Hijabi Runners – heck, I couldn’t even spot many ethnic minority runners! Although I thoroughly enjoyed that first 5k, and even though the Parkrun community was welcoming and approachable, I walked away feeling disappointed that there was no-one who looked like me. After that, I progressed in my running journey, doing Parkruns and then my own runs, before eventually running in races, 10k and half marathons. The more I ran, the more hard it became to ignore it that I stood out. Particularly at races, there were people who would double-take at me, running fully covered in the summer and wearing a hijab. I learned to shrug the funny looks off, but I’d be lying if I said it didn’t bother me that I was alone in this. 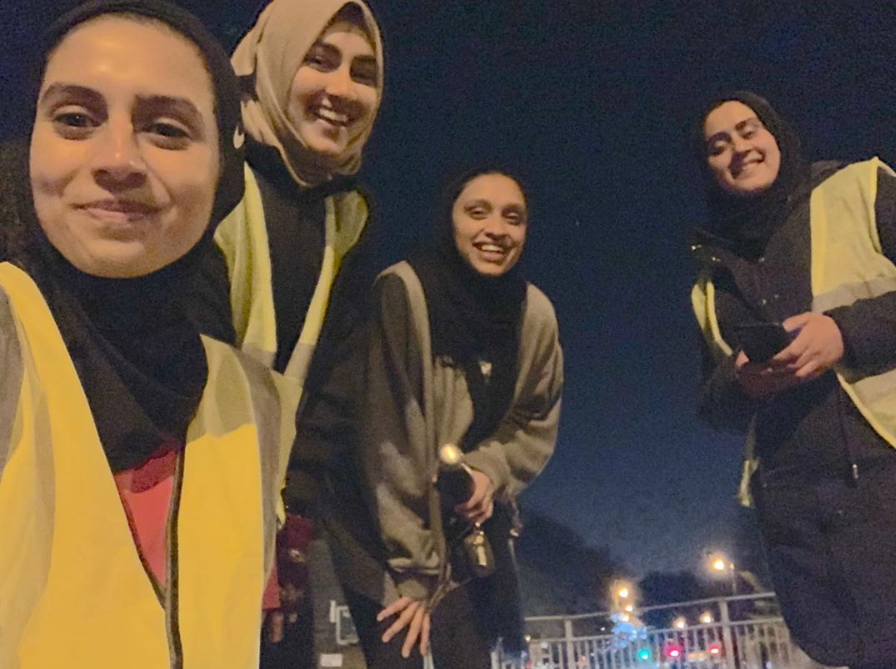 I always had it in mind to create something like Hijabi Runners, or simply just to bring more hijabi girls along to Parkruns with me, but through my academic journey, plus a multitude of voluntary roles, I just didn’t have the time or energy to bring the idea to life. In January 2017, I campaigned for and set up women-only gym sessions at my university’s on campus gym, and then in February 2017, I wrote a blog for parkrun UK. Through these, more and more Muslim girls were approaching me and saying ‘I want to run too!’ – it seemed what I was doing was providing some inspiration. Soon afterwards I pitched the idea of starting ‘The Hijabi Runners Club’ to my team-mates at the Leeds Muslim Youth Forum, and soon we had created a community of Muslim and ethnic minority runners, who can run in a comfortable all-ladies environment and start their running journey.

What is the need for the group amongst, and more generally Black, Asian and Minority Ethnic women?

There are misconceptions both culturally and religiously about women in these categories running, and I want to show people it can be done whilst maintaining modesty and whilst keeping in a safe, female-friendly environment. Statistics shows we are one of the most lacking groups with regards to sport and physical activity and so I want to tackle that. Not only that, but I would say being able to run at a decent distance, for a decent amount of time, is a life skill, just like swimming is. You never know when you may need to quickly run for your own safety and security, so it’s important to have the health and stamina to be able to do so. I’d also say running is crucial for your sanity, your mental health, your independence. It’s important to be able to get out there by yourself (or with a pal) and just blow off that steam, and I want to encourage and promote this in our communities, where acknowledging and addressing mental health is taboo. 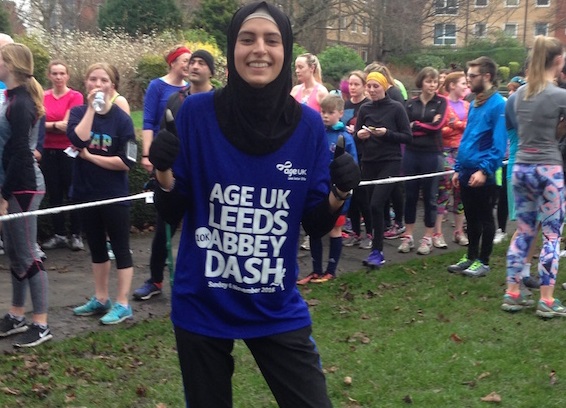 How was the group received, and has membership grown?

The group was very well received, so many girls were thankful for the group, but limitations have involved location – the group can only be where I am and where I am accessible. I know many more want to join but aren’t in the vicinity! It started as a Facebook group, which I then moved to a mailing list as I deleted all my personal social media accounts. People have to request to join our mailing list and we started with a small list of 10 to 12 people, to nearly 50 ladies on our regular mailing list. To boost our profile I made an Instagram account for the running club @hijabirunnersleeds which has a following of more than 400. The first run had four of us and lately we’ve had numbers closer to eight to 10 attending. There is definitely still a lot more room for growth. After I became a Run Leader with England Athletics, we’ve become a registered RunTogether club.

What would you say to Muslim women in other areas contemplating setting up groups to participate in sport or physical activity?

Go for it! But start small, with small aims and then let those aims grow over time. Don’t fear that no-one will come, give it time and have patience. Even if one person turns up and partakes because of you, then consider that an incredible achievement - I know I do. There are so many girls who come to me at their first run with us and say ‘I’ll probably just stay at the back’, ‘I’ll have to walk a bit’ or ‘I’ll try a short distance’ and then they end up powering through a 5K, leaving me in such astonishment! I’ve noticed, it’s not the physical fitness that limits people the most, it’s the mental barriers that people put in their heads, they have already decided they can’t do it before they have even tried. People just need a confidence push and that’s basically all I do and all you’ll have to do if you start a group up too. 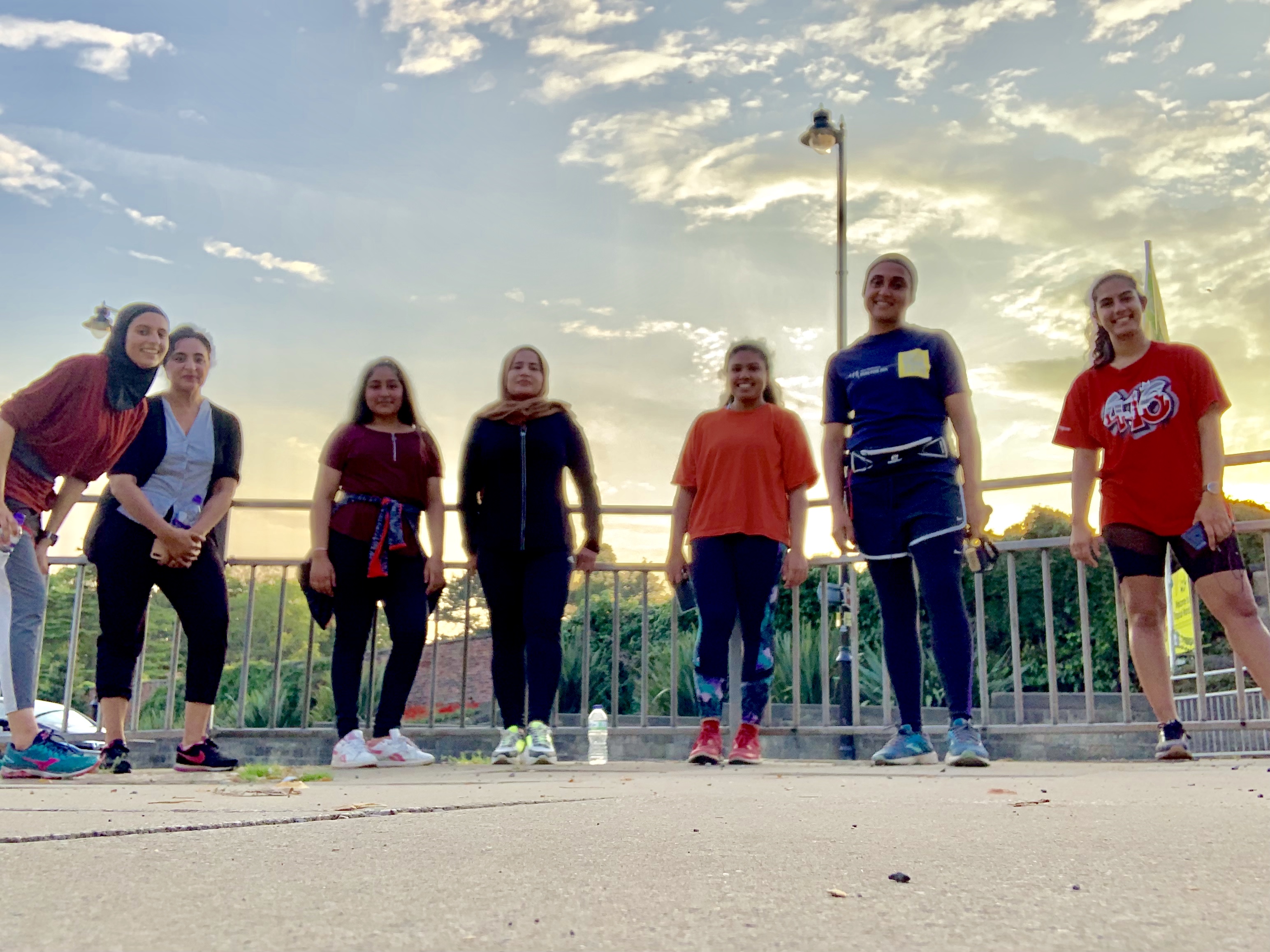 What are the key things that you need to help sustain the group?

Okay, so there’s a few areas that we could do with some help on:

Admin work – managing the mailing list, sending the weekly e-mails and run reminders, creating our run sessions on our runtogether page and advertising this.

Photography – to help publicity. I am looking for volunteer photographers to help us out! We really need huge support in advertising to boost our profile and to keep people coming.

Funding – I do all the above work whilst doing a PhD in Chemistry by myself, on a completely voluntary basis. I’m happy to volunteer but I know we could really grow with funding. I’m thankful to the one-off support from the Leeds Muslim Youth Forum who supported my training/certification to be a Run Leader, but there are other costs which I would need proper funding to cover.

Merchandise – modest sportswear with our logo and branding on it, which we can sell to our members at discounted price. Hi-vis vests and lights to provide to our runners when we’re running in the dark winter evenings (I currently buy these things out of my own pocket).

Registration and training – I would like to train more of our club members to be Run Leaders and provide some financial support towards their certification and training. These Run Leaders could then host in my absence and even in different locations. I would also like to eventually register as an official England Athletics club, which again we’ll need to pay for. And then would like to be able to subsidise races for our club members, just because I don’t want money to be a limiting factor. I want to make running as easy and as accessible to all.

Find out more about Hijabi Runners on the ConnectSport directory. To add your organisation for free, contact hello@connectsport.co.uk.

HMYOI Feltham: Reforming young offenders through sport and physical activity
SIGN UP FOR THE CONNECTSPORT NEWSLETTER