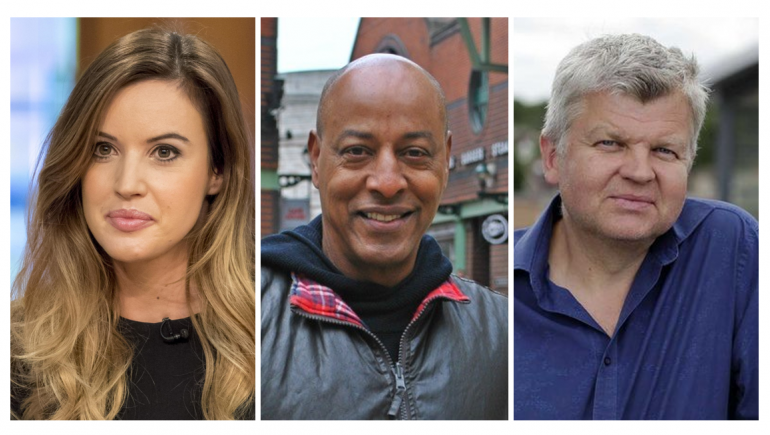 Q&A on Commission on Sport and Low-Income Neighbourhoods

A year-long Commission has been launched to understand the effectiveness of grassroots and community sport interventions in low-income neighbourhoods – with a team of high-profile independent Chairs including broadcasters Adrian Chiles and Charlie Webster, and former footballer Brendon Batson OBE. In this article, ConnectSport speaks to the Chairs about their involvement, and the importance of the Commission.

Thanks for speaking to ConnectSport. Please can you tell us why are you supporting the Commission?

Brendon: The main thing is that we should be getting sport to youngsters, irrespective of their background and circumstances. Whether you play sport at the elite level, or just for fun, it is a great educator – whether that’s being involved in a team environment or for decision-making, or whatever – it’s all those things that you will carry through life. It is unfair on a lot of youngsters if they are excluded, because of their backgrounds, from enjoying sport.

Charlie: I come from the same background as a lot of the kids in these community groups. My mum had me as a teenager and I didn’t have much, or anything really. I know how important it is to have that positive engagement through physical activity and sport. At the age of 11, I started running and that was my escape – for my mental health, and from family trauma. Sport helped me with my self-esteem and my identity, and helped me to realise that I could achieve something. So for me, this could be the difference in someone achieving their potential. Often what young people need is very little; it doesn’t have to be a facility, it can just be someone taking an interest and believing in them. These youth and community groups give the message that young people matter.

Adrian: Every child should have somewhere to go, something to do and someone to trust. Kids need a place in their lives where they can feel safe to be themselves and have fun in a safe environment. That’s what these organisations provide. I’ve been astounded by the work these organisations are doing; they’re not much short of a lifeline to so many families. These clubs operate on a shoestring at the best of times, so they really are imperilled at the moment. Many of them, starved of the small amount of funding they need, are going under. It’s plainly a false economy to let them go. Without them the kids who did have somewhere to go, will have nowhere to go. And that won’t end well.  The costs to society further down the line, in terms of mental health issues and crime and so on, will be far greater than the paltry sums needed to keep them going.

ConnectSport: Why do you think we, as a nation, overlook and under-estimate the value of sport in this context, and the role that youth and sports clubs play in communities?

Charlie: Maybe it’s because we’re so big on elite sport? Although I think we do appreciate it, at an individual level. I am sure that the majority of people understand how much it helps mental health, particularly adults who do exercise, but then I don’t really understand why we don’t recognise sport more as an early intervention for young people. Within our school system, I don’t understand why there isn’t more of a focus on sport, exercise and mental health, or how it teaches kids to regulate their emotions. I think it’s the system, not just sport – we seem to treat everything in the aftermath.

Adrian:  I agree with Charlie; it’s something to with our focus on elite sport per se. Don’t get me wrong, it’s great to see us win gold medals at the Olympics and to obsess about football’s Premier League, and so on. But by far the biggest value to society of elite sport is what it does to inspire us all – kids especially – to take part themselves. To my mind, there’s almost no point in elite sport if the kids inspired to take part have nowhere to go to do so.

Brendon: We are in the midst of an obesity explosion that the Government is now getting involved in – but successive governments have tried to address this problem. I think if you are used to a certain lifestyle with a certain discipline that comes with sport, then it helps with health and it helps with wellbeing. 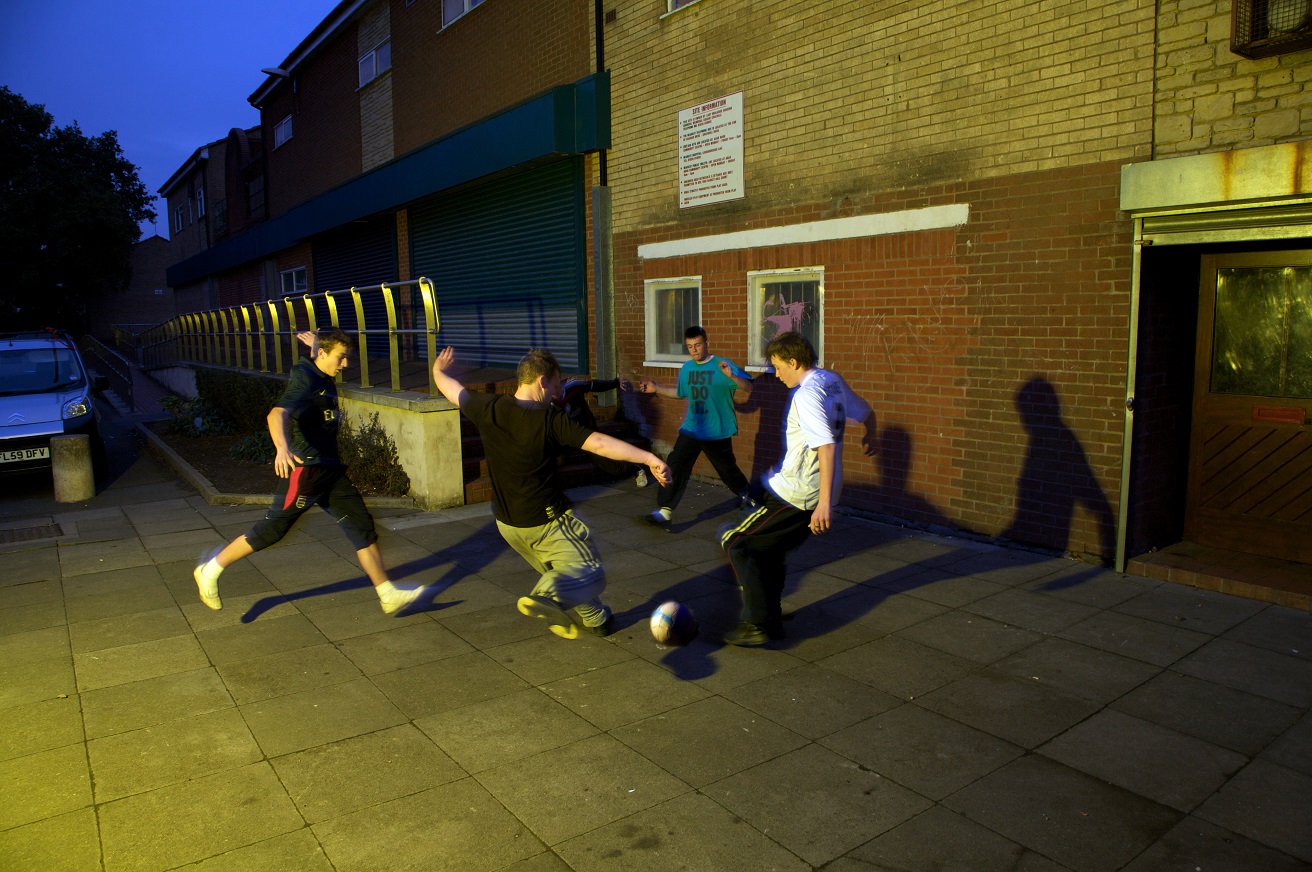 ConnectSport: Why are you writing to the Prime Minister at this time?

Adrian: Because so many of these organisations are facing a clear and present danger of extinction. We can’t let this happen. These are men and women on the frontline in the community invariably working for nothing helping young people. There’s a lot more to it than just sport. Kids will also get support with everything from their education, to help navigating whatever family crises they may be going through. And it’s all done on an absolute shoestring. It’s really, really important work these groups are doing but if we don’t act soon they won’t be around much longer to do it.

Brendon: The focus has, quite rightly, been on saving lives and about abiding by the rules, but this has meant that a lot of these Locally Trusted Organisations – who punch above their weight for the money they receive – are being left behind. When we come out of this crisis, it’s really important that those very enthusiastic people who run these organisations are still there for young people without options. There’s a lot of distractions out there, like gang culture, and we do not want them to go off the straight and narrow. I think it’s really important that Government  recognise the value of these individuals that provide these opportunities for young people from deprived neighbourhoods and disadvantaged backgrounds. If they don’t do it, then I don’t think anybody else will.

Charlie: We should have done this yesterday, last year and the year before! I think we are back-pedalling massively and I would have given you the same answer five years ago. It’s not just because of Covid, we should have woken up to this a long time ago. A lot of these community groups are lifelines right now, and more than they ever have been. 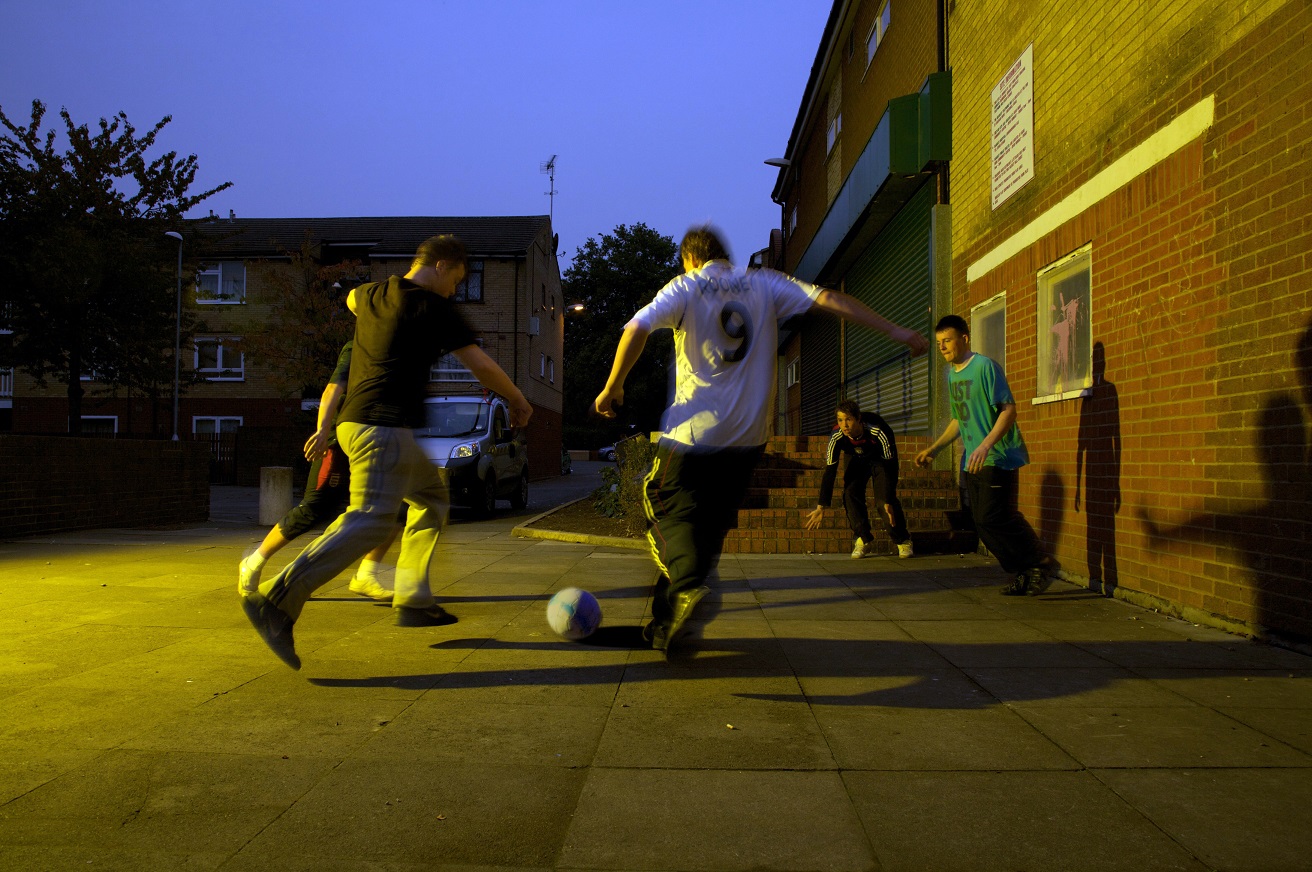 ConnectSport: The Commission is running a series of round-tables which cover specific themes. Is there a particular theme or outcome that is important to you, for example holiday hunger, reducing crime or community cohesion?

Brendon: I think holiday hunger is very apt at the moment, especially when you look at what happened with Marcus Rashford and free school meals. Without that first step, making sure that kids are properly fed in the morning, then there are problems waiting around the corner that will cost Government and local councils even more money. If they feel that there is no-one out there looking after them or their welfare, then they get distracted and they go down the wrong paths. The cost to society later on is immeasurable. If you get young people into the mentality of ‘people are helping you but you also need to help yourself’, then you give them a chance.

Charlie: For me, all the themes go hand in hand, they don’t exist in silos. For example, if you’re talking about crime, then you should talk about mental health – because nobody does something like that as an option. We spoke to one community group in Byker in Newcastle, and they said some boys were hanging around on the streets and the police told them to move on – but they had nowhere else to go. We target these young people and almost demonise them, but nobody looks beyond their behaviour. These community groups offer much more than sport, they provide a safe place to go and somewhere to feel valued.

Adrian: Every single round-table session we do with these volunteers, whatever the focus of it, leaves me slack-jawed in admiration. I always end up asking the same question: if these kids weren’t spending their time with you, what else would they do. The shrugs around the table say it all. 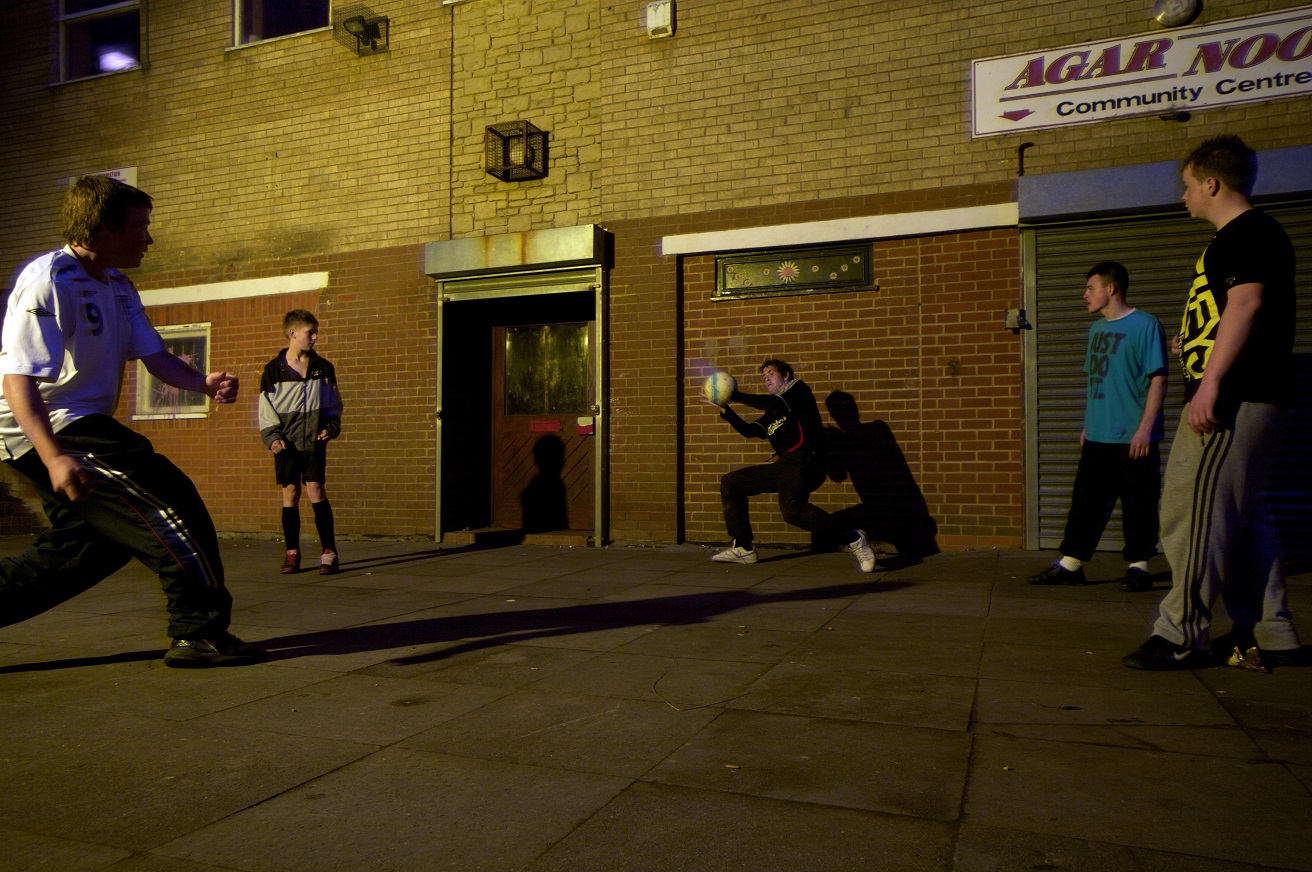 ConnectSport: How can we grow greater awareness about the role of sport in our communities, and drive more investment? 'Sport for social good' will never sell newspapers, but what other opportunities can you see given the nation's appetite for sport?

Charlie: Well, I certainly try to raise awareness! But I also feel perhaps the tide is starting to turn; I think that sometimes when you go through this horrific ‘down’ as a society, it gives you an opportunity to work out what we want our future to look like. I think that’s where we are as a society, and I think it’s really important now that we make the right decisions. We shouldn’t just fall back into that celebrity culture, we should be telling the stories of how we can make our communities better. I feel we are becoming more compassionate, and telling more emotive stories. Going into the heart of where these groups are operating will be really important.

Brendon: I think it’s very important that we bang the drum and show why there is a benefit, not just immediately but in the future as well. And I think in the current environment, people are starting to realise that we could be more supportive of each other. If you look at the appreciation for people within the NHS going the extra mile, this is similar – these organisations have a real role to play in supporting young people who haven’t got much. These kids are being supported by very enthusiastic community workers and, if they are pointed in the right direction, they can provide society with a good example of a little going a long way. We have made so many mistakes in the past, with school playing fields, with local authorities closing down youth clubs… we appreciate there is always a question over funding, but we are talking about young people here and the next generation.

Adrian: This is what the Commission is for: to let the country know what fantastic work is being done all around them for so little financial cost, and how imperilled it now is. The biggest challenge for these organisations is that the kind of people who can now make the decisions which could save them, generally aren’t the kind of people who live in communities which get the most benefit from them. That’s not a criticism; I didn’t have a clue how much amazing work was being done either until I started working with the Commission. It’s our job to wake everybody up to these national treasures before it’s too late.

To find out more about the Chiles-Webster-Batson Commission on Sport and Low-Income Neighbourhoods, visit sportcommission.org.

Award winner Paul at home on the streets

HITZ: 10 years of making an impact
SIGN UP FOR THE CONNECTSPORT NEWSLETTER