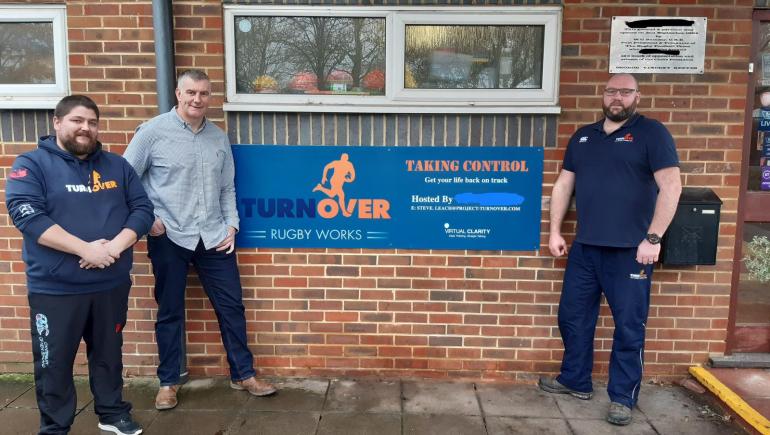 Project Turnover uses the values of rugby union to help young people at risk of offending, or facing expulsion from education. ConnectSport reporter Lukas Flottmeyer visited the programme in West London to create a short film shown below.

The project also supports young offenders and young people who are at risk of expulsion, or already expelled from school in West London. Whether through mentoring sessions, seminars or sporting activities, everything is based around the values of rugby union.

Currently 15 boys are part of a 12-week programme that helps them get their live back on track. And sometimes it’s the little gestures that help to build esteem as Mags Davison, Turnover’s UK Business Development Director, knows.

“When a young man has been given a compliment, they often find it really hard to take that compliment,” he explains. “They don’t get it a lot.”

Either a lack of respect and affection at home or at school, or getting in touch with the wrong people on the street, Project Turnover gives everyone involved a new chance.

Mags adds: “You take a young guy, whether he comes from prison, isn’t engaged with school, carrying a knife or taking cannabis, and make them more confident.

“Seeing their change and how they perceive themselves is what I love about it.”

Originally founded in the Netherlands, around 80% of participants go back in full-time work or education.

“Once you’ve been on the course, you can become a Turnover legend,” explains Steve Leach, Programme Director UK.

“Those legends are the people who put the most into the course and got the most out of it. Some come back if they have some wobbles. That’s exactly what we are here for. We become part of their family and life journey.”

To help even more young people throughout Europe, Project Turnover recently started a programme in Toulouse with more programmes planned in the UK, Belgium and Switzerland.