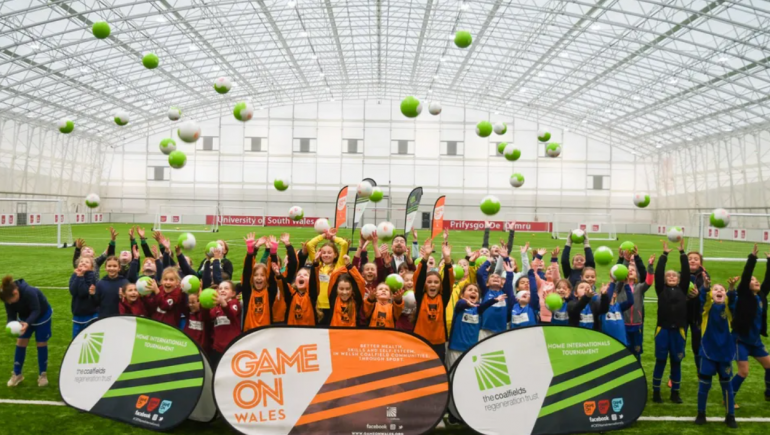 Game On Wales - like Game On England and the soon-to-be-launched Game On Scotland - are sports programmes operated by the Coalfields Regeneration Trust, a UK charity which exists to champion and strengthen coalfield communities. In a special report for ConnectSport, Emily Salley finds out about some of the challenges it has been facing.

Prior to the Coronavirus crisis, the 5.7million people residing in former coal-mining regions across the UK were already facing significant challenges.

A report conducted by the Coalfields Regeneration Trust in 2019 identifies the economic and social conditions within these regions, underlining problems relating to health and employment.

For instance, the average life expectancy of residents in former coalfields is a year less than the national average for both men and women, and they are more likely to have long-term health problems.

The employment rate, too, is lower than the national average and it would require 80,000 additional coalfield residents to be in work to raise it to that level.

Ryan Jones, the development manager for Game On Wales, highlights the Trust’s belief that sport can make a real difference in these communities, addressing issues around three key themes: health, skills and employment.

For teenagers, Game On provides weekly turn up and play sessions known as Football 5ives, and they also encourage younger girls to participate in their Game On Girls scheme. While for the older generations, walking football is the weekly activity. 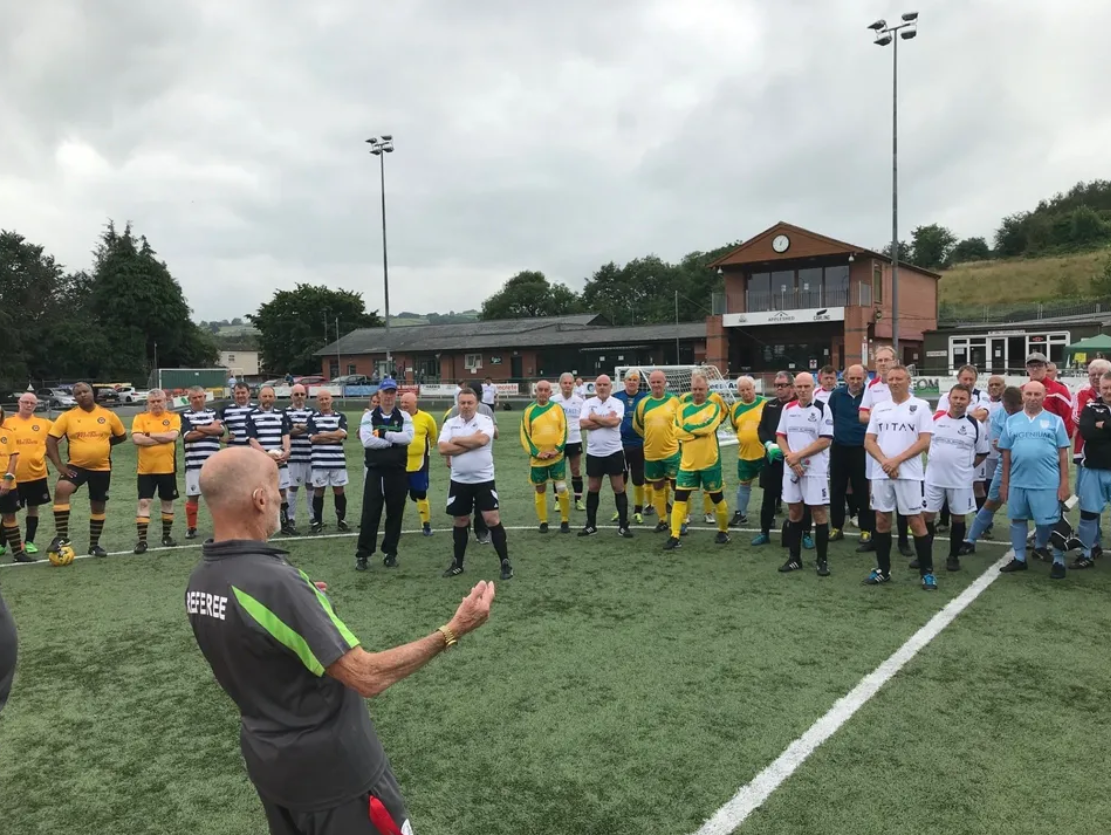 But their work doesn’t end there. Game On also does off-the-pitch work, providing financial support and advice to local clubs and delivering leadership qualifications.

“Sport is a universal language, particularly football, because it's the most popular sport spectating wise and playing wise. So we feel that football, in particular, is appropriate for anyone from the ages of five to 85, with the walking football side of it. It's low cost, it's informal. That's why we like it,” Ryan explains.

“There's no leagues, there's no ongoing commitment. There's no cost to it. So we feel it’s a language everyone can understand and take part in regardless of how skillful you are and other priorities. Joining teams, for example, can be really tricky for some people with no access to transport or very little disposable income.”

Accessibility is a major issue in ex-mining communities and when it comes to sport, not all are financially available to everyone.

“You probably get more choice now than you ever did. You’ve got a lot of national governing bodies, all trying to get their participation numbers and all trying to work in schools and that's great to see, giving everyone a real taste of different sports. But naturally, some sports are more expensive than others which is where I think the StreetGames model, the more informal stuff going forward, will be more and more important,” Ryan points out.

“We're trying to improve facilities in ex-mining communities as well because people just don't have the disposable income to join the local leisure centre. The local park might be vandalised, might be derelict for some time. So there's issues around access.”

But it isn’t just the facilities that the Game On programmes are trying to improve. They aim to instil the confidence that people in coalfield areas are often lacking. 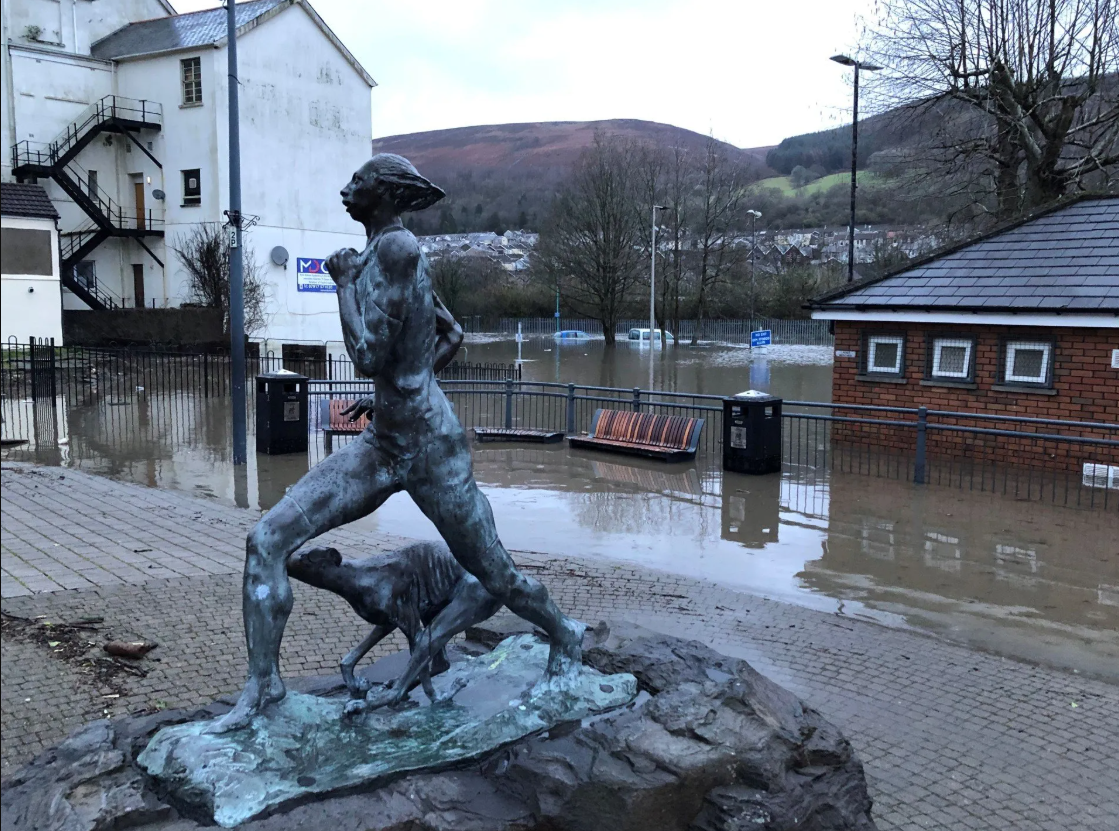 “What we often see is that people in ex-mining communities, in terms of their health, will be overweight or obese at a very young age. So it’s about trying to instil some of these positive, healthy eating, active habits at a very early age so they can continue this throughout their lives,” Ryan says.

Coronavirus hasn’t been the only crisis faced in coalfield communities during 2020. As Ryan explains, regions in south Wales were only just starting to recover from the floods inflicted by Storm Dennis when talk of a global pandemic was reaching the UK.

“There's still people in temporary accommodation. There are still families who can only live in the upstairs of properties because the ground floor has no carpets. Some of the children in those families haven’t got a dining table to do their homework on because they've all been home-schooled now. So it's been a real, heartbreaking situation.”

Ryan and his ‘Game On’ team have been administering two flood recovery funds, totalling £150,000, to help people from these former industrial towns and villages affected by the storm but the recovery process was put on hold when lockdown began in March.

“A lot of them want to get back into their home. They had work lined up. The carpenter or the builder were going to come and work, but of course that all stopped. So they think and they feel that they’re forgotten,” Ryan adds.

Due to the lockdown measures, Game On haven’t been able to provide sport in their usual way. There has been no Football 5ives, Walking Football or Game On Girls sessions for over three months. But the programme hasn’t stopped and Ryan is pleased, despite Game On typically revolving around sport, they can be flexible to help with problems arising from both the floods and the Coronavirus crisis.

As Game On Wales has been overseeing the flood recovery funds, the Coalfields Regeneration Trust has made specific funding available to community organisations to help them through these uncertain times. The Game On programmes have also been encouraging people to keep participating in physical activity throughout lockdown and have provided sports-themed activity booklets online to keep children occupied.

Find out more about the Coalfields Regeneration Trust.

'A second home': Carney's looks to the future
Latest research

Are 'hard to reach' communities really hard to reach?
SIGN UP FOR THE CONNECTSPORT NEWSLETTER