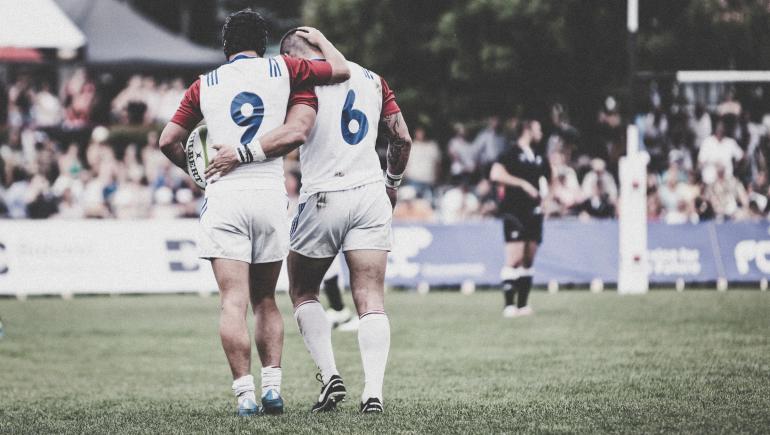 ConnectSport is being supported by Govox, the online mental health and wellbeing tool which has completed over 100,000 ‘wellbeing check-ins’. The tool was born from a need in community sport, identified by co-founder Richard Lucas, to provide more preventative measures around mental health and suicide.

When Richard Lucas found out about the suicides of two players within 18 months at a rival amateur rugby club, he felt compelled to do something about it.

There had been few or no warning signs in either case, explains Richard. And when, in response, the club set up a small Samaritans-type ‘first response’ charity called JOCA (‘Just one click away’) for members, he was taken aback by the results.

“What we found through the experience was that many of the guys who were using it were often what we call the ‘first to the bar’ characters, usually the life and soul of the party,” says Richard, a business leader of more than 25 years. 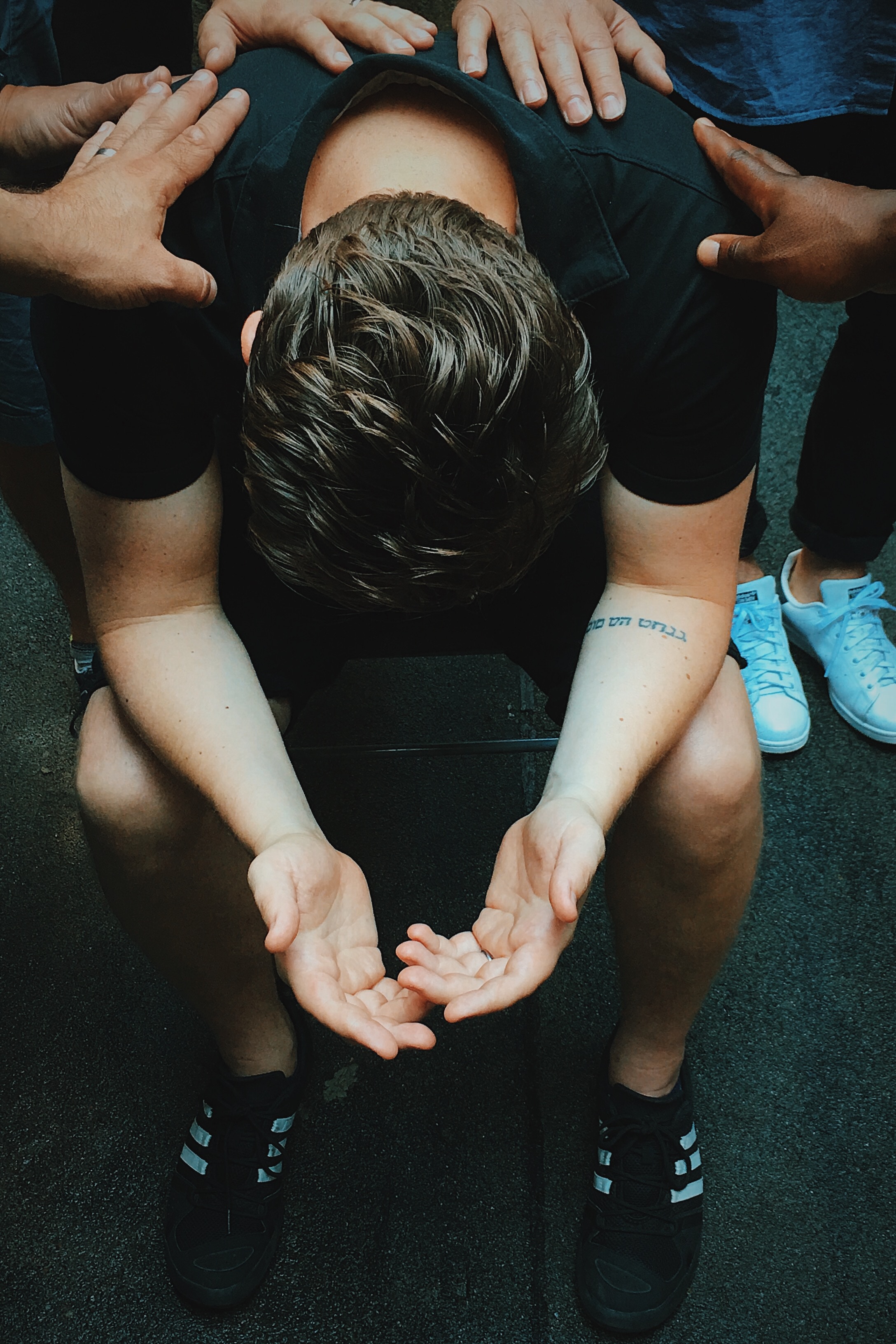 “So, if you were to observe a room full of people, you would not have thought these guys had the problem - and in fact they needed the help!

“Rugby is just my hobby sport, so I thought about this in my day job where I am responsible for a large number of people, and it turned out we had had a couple of near misses. I remember running a meeting and someone said they hadn’t been able to get hold of a colleague. I reverted to my old reaction, saying ‘we have got customers waiting, what’s he doing not turning up to work?’ We subsequently found out that this young chap had tried to commit suicide overnight.

“It really got me thinking that my initial reaction was awful and not supportive at all; that I was more concerned about performance and delivery, yet there was someone there who was really struggling – just as those guys at the rugby club must have been. It got me thinking and I started talking to more and more people about it, especially through sports clubs, and there just seemed to be so many occurrences. All of them had something in common, in that if you were their line manager or their coach, you thought it was unexpected.”

It was this series of events which prompted Richard to sit down with “an innovative group of people” and “some experts who had supported mental health and wellbeing” and the Govox ‘wellbeing check-in’ was born. Govox is an online mental health and wellbeing tool that, according to Richard, “helps people proactively pinpoint at-risk individuals and prioritise the conversations that matter”. This can be as simple as taking time out for a cup of coffee and a chat with an employee or team member.

He explains: “We looked at how everybody has their mobile phone attached to them 24-7, and how people are more remote, whether that’s remote workers or people working from home. We looked at human behaviour and how people are very open on social media, and we thought about how can we create something that will put all of that human behaviour together, and drive some support? Essentially it was how can we reach out to people, gather some insight and present that insight back to responsible people so they could do something with it.

“Sports and social clubs are where we began, but the more we share what we do, the more we realise that there are more and more organisations that would benefit from Govox. This isn’t my job, it’s a passion and my aim is that we get as many people as possible getting the support they need, so they avoid some of the experiences we have been through in the past.

“Even though coaching at a sports club might be a volunteer role, it does give you a level of responsibility, so the more tools we can give people, the better.”

The tool, which for sports clubs costs just £250 per year, uses an online survey which asks a short series of questions. It’s now also being used by national governing bodies, such as RFU clubs and Swim England. 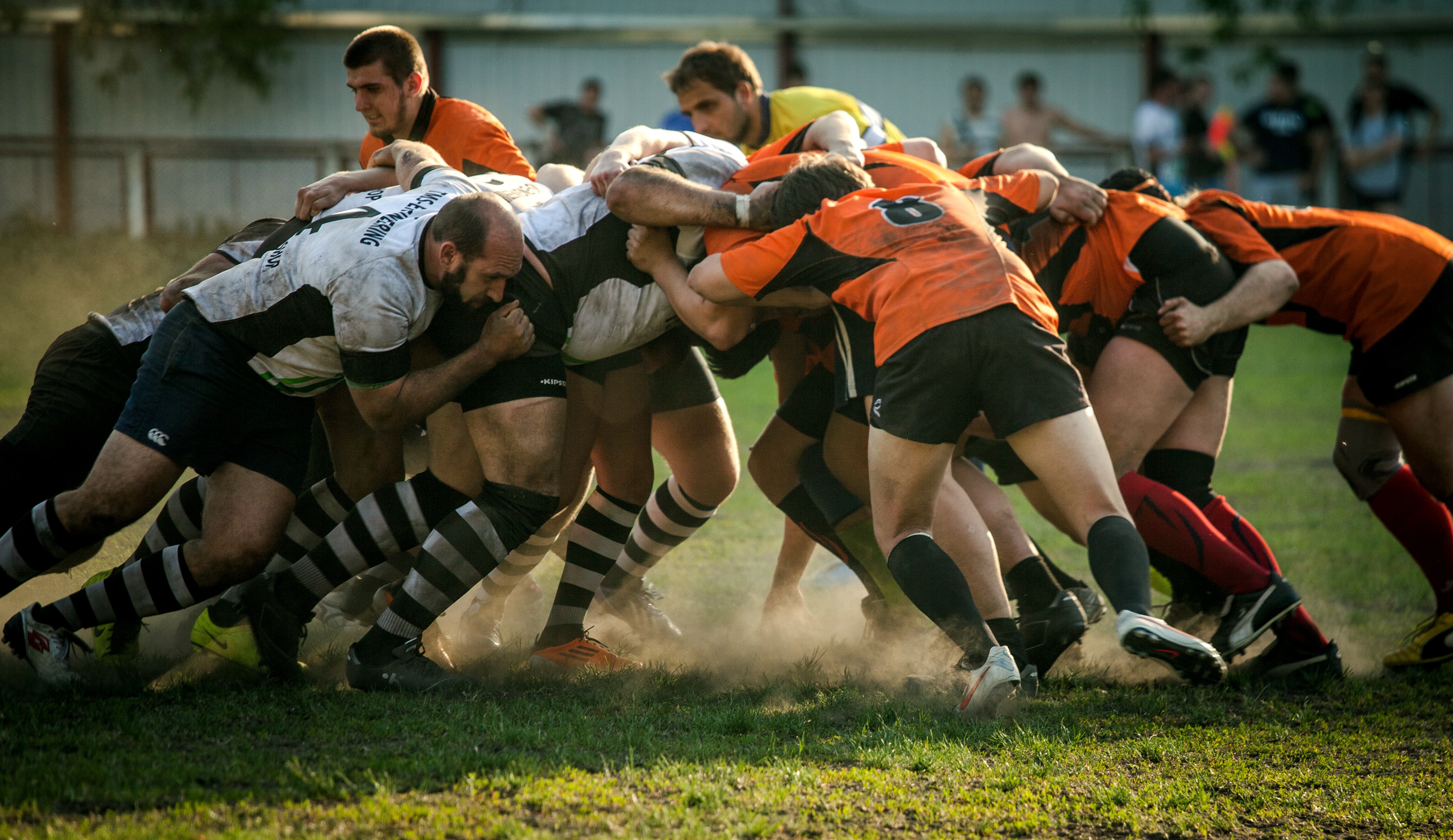 “It is a mental health and wellbeing tool, but it is at the softer end of that. For example we know that loneliness is a big driver of mental health, but rather than asking ‘do you feel lonely?’ on the check-in we’ll shape it to ‘do you feel you spent a good amount of time with your colleagues this week?’ If someone responds ‘strongly disagree’ then that becomes a red flag on the dashboard. It doesn’t mean they are definitely lonely, but it means they could be and so maybe there needs to be a conversation.

“To check in takes less than 30 seconds, there’s no log-in required for the individual, they get the request on email, they click on the link, answer the questions, then move on with their day. It’s a really light touch. Then it’s presented on the wellbeing dashboard for those people who are responsible, whether that’s in schools, sports clubs or corporate environments. They can react to the dashboard in whatever way they feel is relevant for that person.

“There’s generally about 10 to 12 check-ins throughout a year, for most organisations, but we can dip in when necessary. With rugby clubs, for example, we don’t do a huge amount over the summer – but in season, it’s once a month for the club members.” 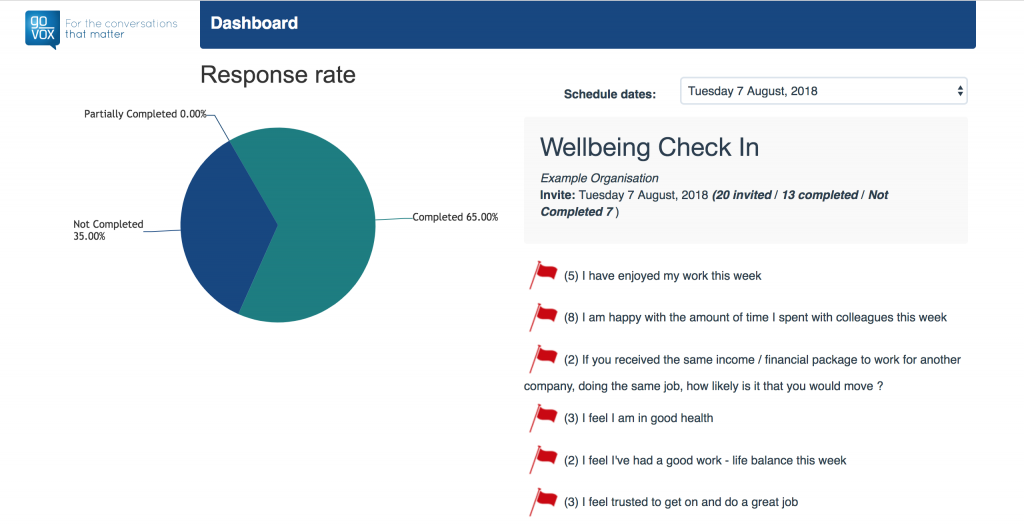 So what happens when a red flag comes up?

“A red flag might go up when someone makes a verbatim comment - an option on the final wellbeing check-in question - or someone doesn’t seem as happy in their normal self, and that information is passed back to the organisation.

“Many organisations have already got the right support networks in place, but we are just connecting them. Employees are now thinking what a great organisation they work for because someone is spotting when they are not their normal self, and proactively coming to have a conversation with them, so they can be supported.

“If your organisation hasn’t got the right support networks then we have also started to build links with organisations like StreetGames and Mind who will go in and do some mental health first aid training for you, and there’s organisations, for example Paycare, who will put EAP (employee assistance programmes) in for you.

“We also want to push more people into the #21by21 campaign, with Mind, StreetGames and the other great organisations that are involved, but we are also talking to those organisations to work out how they can maximise that training. So it’s great if they are a mental health first-aider, but we can also help them find out who needs their help. Our check-in process can be the catalyst for finding out who needs support.”

To find out more, visit the Govox page on our directory of suppliers. To add your organisation to the directory, contact hello@connectsport.co.uk.

What are YOUR priorities for the Sport for Development Coalition?