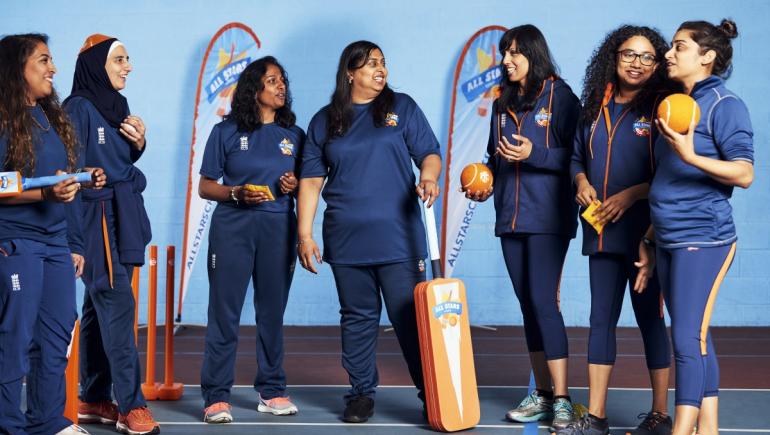 Women from South Asian backgrounds are the least likely to be active and involved in sport and physical activity amongst people in the UK. Hritika Sharma reports for ConnectSport on an ambitious project seeking to redress that imbalance through cricket.

The England and Wales Cricket Board (ECB) launched its South Asian Action Plan in 2018 to better engage with South Asian communities across the entire game. The “comprehensive and ambitious” 11-point action plan aims to create more opportunities, remove barriers, build strong relationships and use cricket to make a positive difference in communities.

One of the plan’s most notable successes has been the Dream Big Desi Women project, which combines coaching and mentoring through its City Programme to support the next generation of cricketers. “In 2018, the ECB received £1.2million of National Lottery funding from Sport England over a four-year period to inspire 2,000 South Asian women to consider volunteering in cricket,” explains Shruti Saujani, Senior Manager – City Programme and Volunteers. 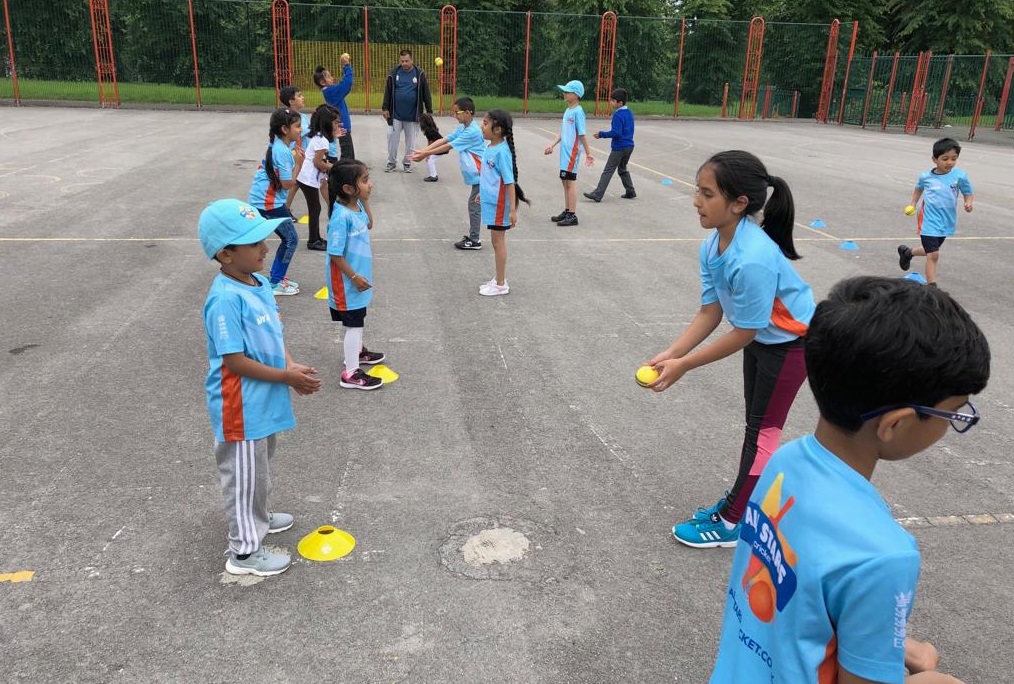 “South Asian women are least likely to be active and involved in sport,” says Shruti. “Cricket was uniquely placed to overcome some of the challenges and barriers because 2019 was a big year for the sport, with the Men’s World Cup and the Ashes. That year, we started off amazingly: we recruited 549 South Asian women who committed, volunteered, and led our programmes. We also set up 90 new All Stars programmes in non-traditional environments such as temples, mosques and gurdwaras.”

The Shree Lakshmi Narayan Hindu Temple in Bradford was one of the first ‘non-traditional’ locations where the All Stars Cricket programme was delivered. “What was remarkable was how it brought communities together,” Shruti says. “We had women from a Muslim background wearing headscarves, and white British men and women going into a temple – you don’t see that often! All these volunteers came together to make the community better, and it showed that regardless of race, gender and ethnicity, people came together because they wanted to make a difference.” 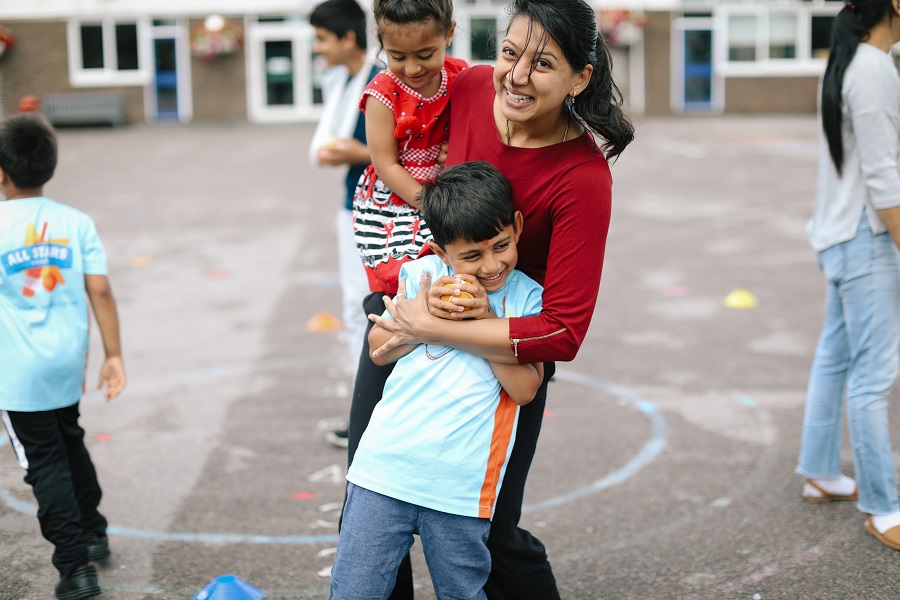 Shruti tells the story of one family in Wembley where three generations of women are involved in cricket; the daughter participating in All Stars, and the mother and grandmother volunteering and leading the session. “That really resonates with me because it shows how important family is to South Asian communities,” she says, before adding: “But I’d be lying if I said it was all plain sailing!

“The biggest thing that’s helped us out is listening to what the women want. I remember a scenario where one of our Activators had never worn western clothing. We introduced a modest apparel kit that includes hijabs, longer t-shirts and loose jogging bottoms so that women feel more comfortable in taking part. It was about making little changes that made people feel included. Everything we did was about how we could help our women, and it was built by the women themselves, which has led to the success of our programmes.” 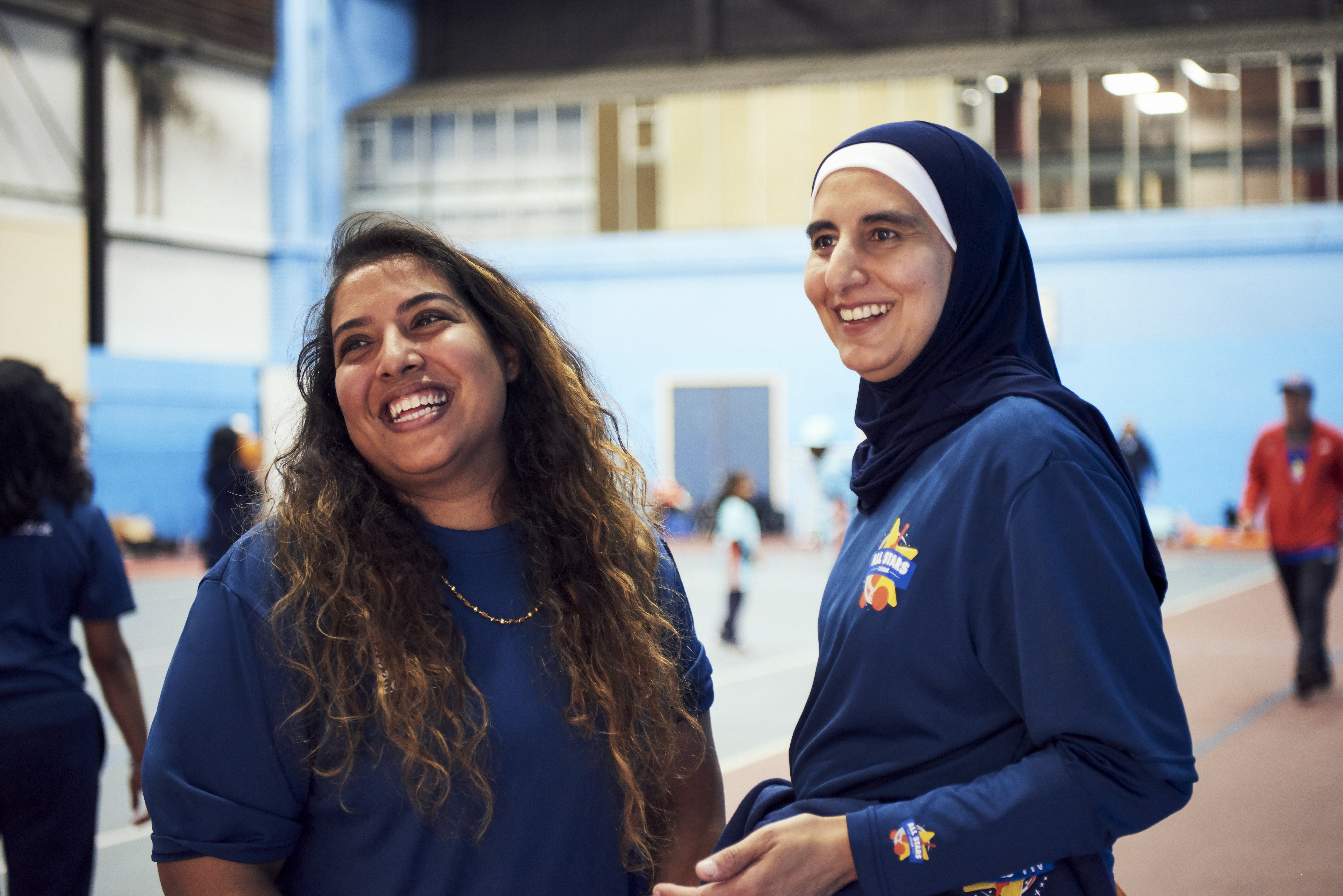 Just over a year after the South Asian Action Plan was launched, it delivered on a significant number of initiatives – including opening the first Urban Cricket Centre in Leyton (with Bradford identified as the next location) to increase participation and encourage positive social cohesion by providing accessible and affordable cricket for local communities. The rapid progress was halted by the Covid-19 pandemic.

“Even with Covid-19 and lockdown, we still recruited 55 women and set up nine new centres,” says Shruti (pictured above, left). “We looked at ways to take our training online, but not having that personal interaction took away a lot from us in terms in terms of recruiting as well as supporting the volunteers on their journey. So one of the things we did was hold regular virtual catch-ups called ‘Chai and Chat’, where all the women could bring along their cup of tea or chai and just have a conversation about everything including our programme and inspirational role models to home schooling and mental health.”

At the UK Coaching Awards in December 2020, the City Programme received the ‘Transforming Coaching’ Award for its outstanding contribution to community sport. Shruti believes that the Dream Big Desi Women project is a “trailblazing” initiative which can inspire change at every level of cricket, both within the game and within local communities.

“I’m excited to see the positive impact that cricket can bring,” she says. “We’ve still got two more years to go and we’re hopeful that we can build a safe environment and get back out in the community. We’re going to continue dreaming big and change the world a little bit.”

Read more and get involved

RLWC2021: Making a difference through a social impact legacy programme
SIGN UP FOR THE CONNECTSPORT NEWSLETTER