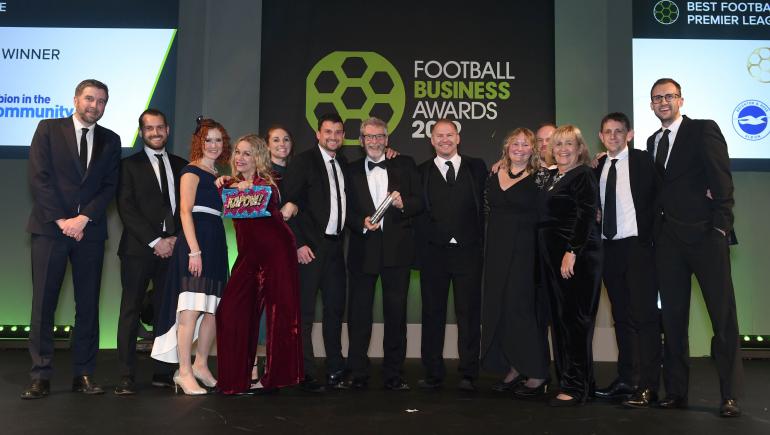 So what is it about the club’s work in the community that makes it stand out? In a two-part interview, ConnectSport spoke to AITC’s Head of Community Programmes, Paul Williams.

A recent social and economic study commissioned by the football club found that those programmes created social impact valued in excess of £28million from an investment of around £3m in the 2017/18 season, meaning that for every £1 the charity invested, it generated £8.84 of positive impact for local people.

Such impressive impact is in part due to the charity’s wide-reaching approach and an acute understanding of the needs of local communities, according to its Head of Programmes, Paul Williams. 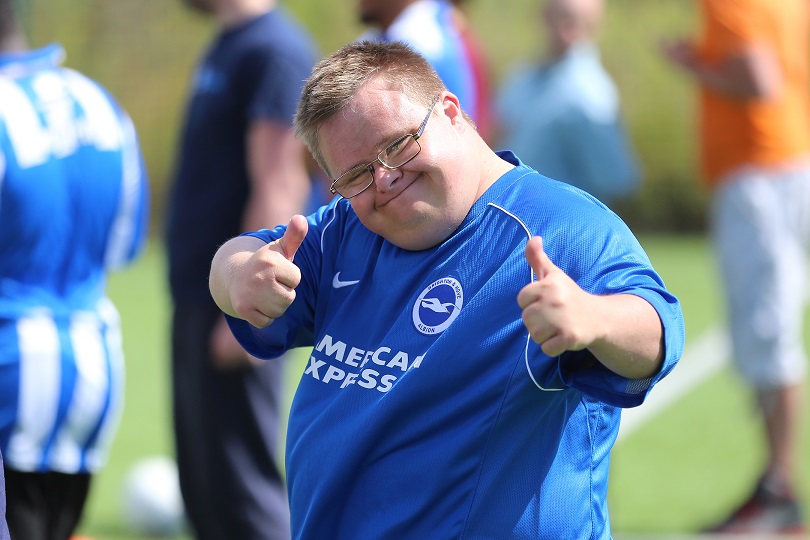 “The breadth and depth of our programmes is key,” says Paul.

“We’ve been trying to lead the way in using sport for development and part of that is trying to know our local communities as best as possible.

“We’re very clear about where we really can add value and support individuals and communities, while also knowing where others are better positioned than us.”

THE PULL OF THE BADGE

Another key factor in the charity’s success is its close relationship to the football club.

By using Brighton’s position as a globally visible Premier League club, AITC is able to engage communities in ways other charitable organisations may find difficult, according to Paul.

“People have pride in the club,” he says. “Even if they’re not fans, there is a sense of belonging and association that many people in Sussex have with Brighton & Hove Albion, particularly the story and the journey the club has been on. 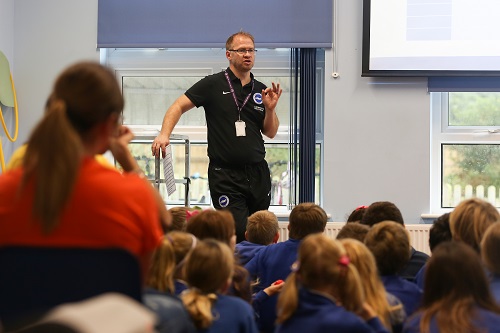 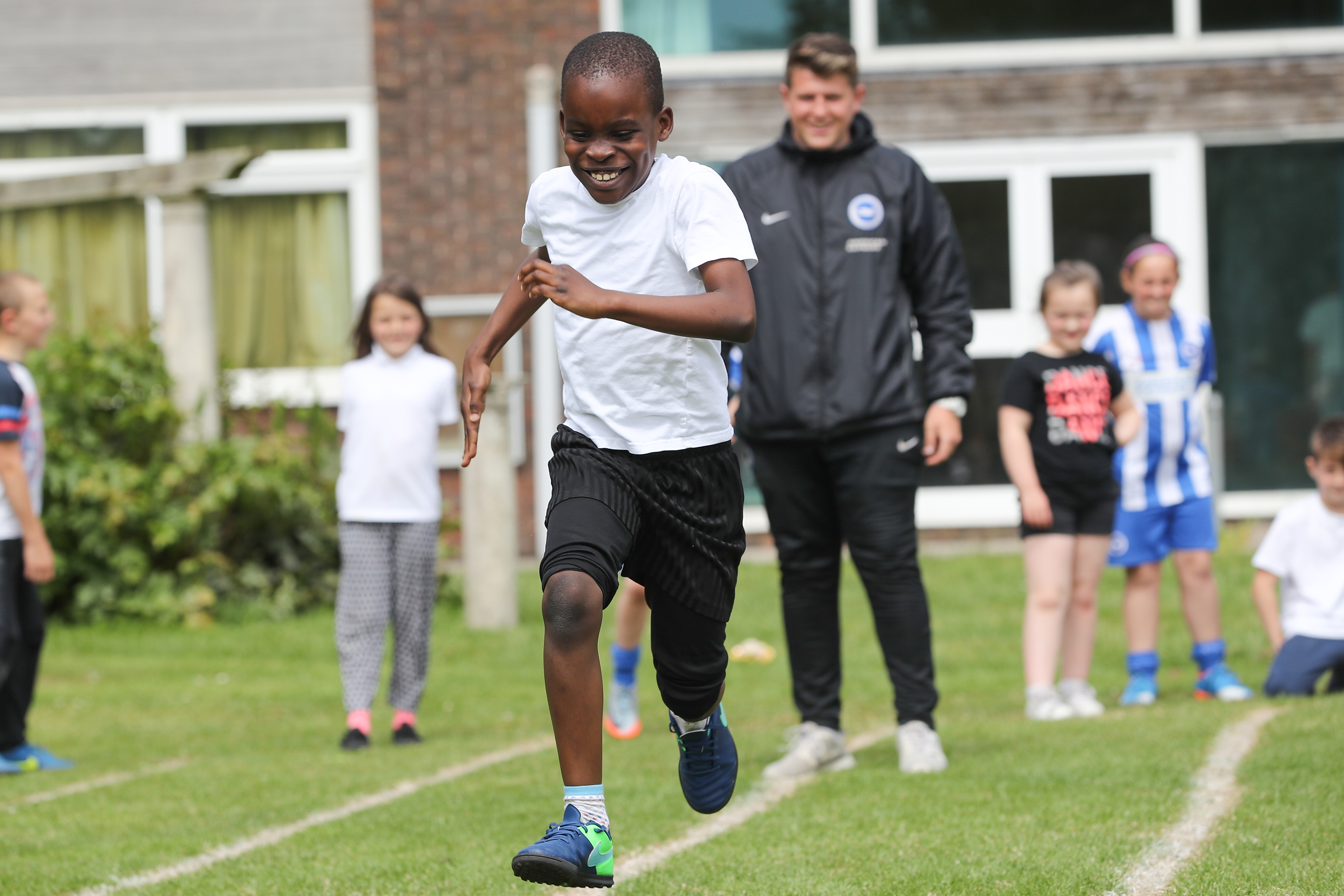 “We use that as a conversation starter and an engagement tool. The club helps us build rapport and in time, trust. We’ll be at community events and people will ask ‘What is the football club doing here? What is Albion in the Community doing here?’

“That creates conversations and we are then able to use that sense of belonging to build trust and rapport quite quickly. Other agencies, particularly statutory services, may struggle to have similar relationships.”

Those relationships stretch across the whole of Sussex, a county covering over 1400 square miles and with a population of around 1.6million people.

Despite the logistical challenges that such widespread coverage presents, Paul says the focus is on delivering impactful projects designed for specific communities. 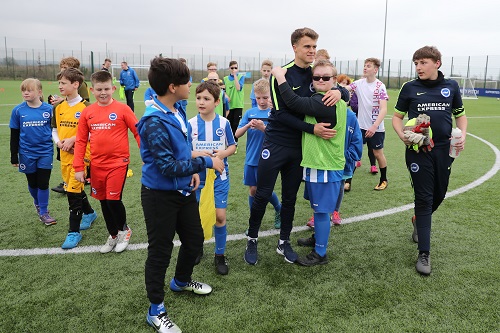 “They’re unique communities. Hastings is very different to Brighton, to Eastbourne, so we really need to understand that it’s not just a ‘one size fits all’ and we can’t just deliver one project in the same way across different areas.”

AITC provides 30 regular disability football sessions which attract more than 400 participants from across the county.

These sessions include inclusive, pan-disability activities at venues throughout the county and players wanting to play competitively are given the opportunity to represent one of the charity’s teams that play in the Sussex County FA Disability Football League. Additionally, it runs disability-specific football sessions for wheelchair users, amputees and those with limb deficiencies, players with Down’s syndrome, Cerebral Palsy, partial sightedness or blindness, Autism, deafness, learning disabilities and mental health conditions. 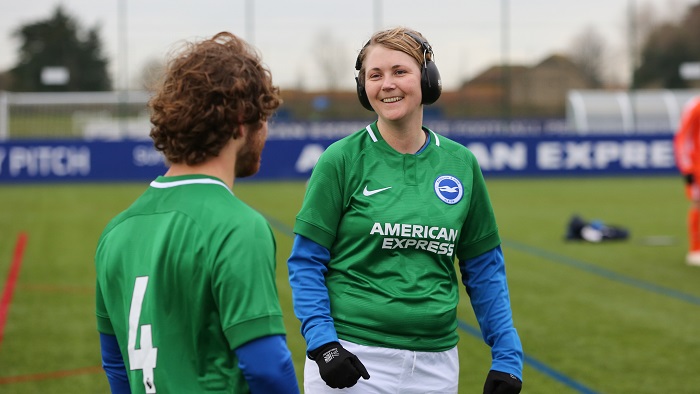 This inclusive approach means AITC are reaching many groups previously classed as ‘physically inactive’, using football as “the Trojan horse” according to Paul. “It’s what we do around football that is really important, rather than just football for football’s sake,” he adds.

Through its relationships with over 160 schools in Sussex, the charity impacts young people both in and out of the classroom.

AITC also hosts a range of programmes at the Amex Stadium, including:

- Tech Girls: a programme for secondary schools, which aims to increase the number of girls choosing Science, Technology, Engineering and Maths (STEM) subjects at school and as future careers.

- Sports Enterprise Day: an initiative that provides pupils aged nine to 11 with an insight into the business of Brighton & Hove Albion FC. 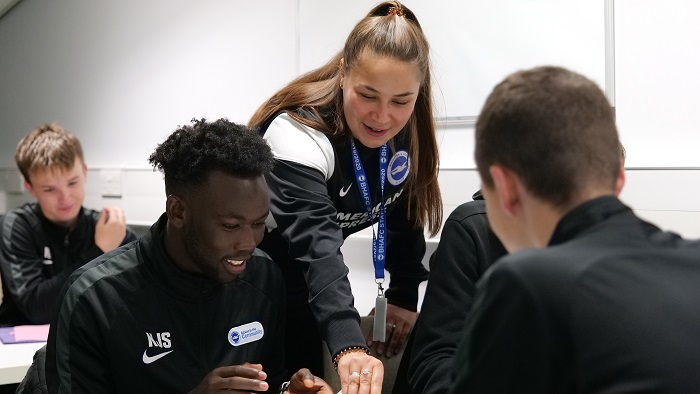 It is also currently delivering Premier League Primary Stars in more than 50 schools across the county which inspires pupils in everything from Maths and English to teamwork and sport. Similarly, Premier League Inspires sees  full-time sports mentors based in two schools in Brighton with the aim of supporting pupils to live healthily, improve their behaviour and raise their aspirations.

Work in education is an area the charity has developed greatly over recent years, with a focus on diversity, inclusion and equality.

Commenting on AITC’s work with schools, Paul says: “We’ve hugely grown our work in education. We deliver taster activities in assemblies, some of which are around opportunities to participate, but are equally about using our reach and influence to challenge discrimination.

“We’ve got some really good examples of children who have struggled in a school environment, particularly if they’ve got a disability and are in a mainstream school, that have come in and we’ve been able to support them and boost their confidence.”

Click here to read the second part of this interview.

Why Cobblers are walking back to happiness
Latest research

Ready Steady Active: ‘Our greatest fear is losing the progress we have made’