MUSLIM GIRLS FENCE
A collaboration between Maslaha and British Fencing

'Muslim Girls Fence' is a collaborative project between Maslaha and British Fencing which aims to facilitate spaces at grassroots level for Muslim girls and women to challenge assumptions and narratives relating to their gender, racial, religious and other identities through both physical and creative methods. The girls are coached in what traditionally has been a white, male-dominated sport, and through this, they physically confront the stereotypes of fencers, but also the expectations that society has of them. Alongside this, they engage in a range of discussions and creative exercises such as collaging, drawing, photography and poetry to reflect on their identities, the ways they are represented, and the limited narratives about their experiences.

Expressing themselves on their own terms
Facilitating safe spaces for Muslim girls and women to express themselves on their own terms – both physically and creatively – is particularly important in the UK where Muslim women are disproportionately excluded, and where derision and objectification of those who wear hijab or niqab is normalised, for example in the media (58% of reported cases of Islamophobic violence have targeted women). Almost 50% of Muslim families in the UK live in the top 10% most deprived local council areas so projects like Muslim Girls Fence play a crucial role for women and girls who are politically and socio-economically alienated and excluded. While the project focuses on empowering Muslim women and girls we also encourage non-Muslim females to participate as we believe that breaking down harmful misconceptions of what it is to be a Muslim is relevant to people of all backgrounds.

Why fencing?
US international fencer Ibtihaj Muhammad described fencing as ‘uniquely accommodating’ for Muslim women, for example because she could wear the same kit as everyone else and that meant for the first time she “truly felt like part of the team”. Fencing is a sport that builds confidence, resilience and self-worth. Ibtihaj Muhammad’s mentor, former Olympic medalist Peter Westbrook, describes the strong potential of fencing as “a springboard to go to higher heights” in the face of religious or racial discrimination. Fencing has also been shown to attract people who may not typically be involved in sports, and therefore can encourage participation in physical activity for young women who may dislike other sports. 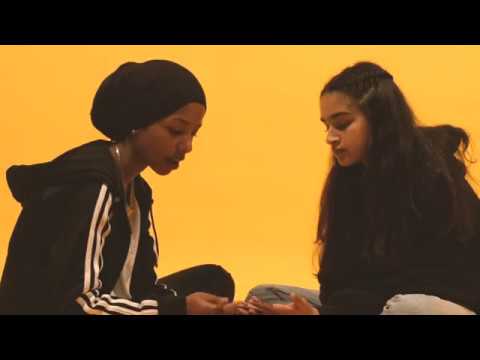