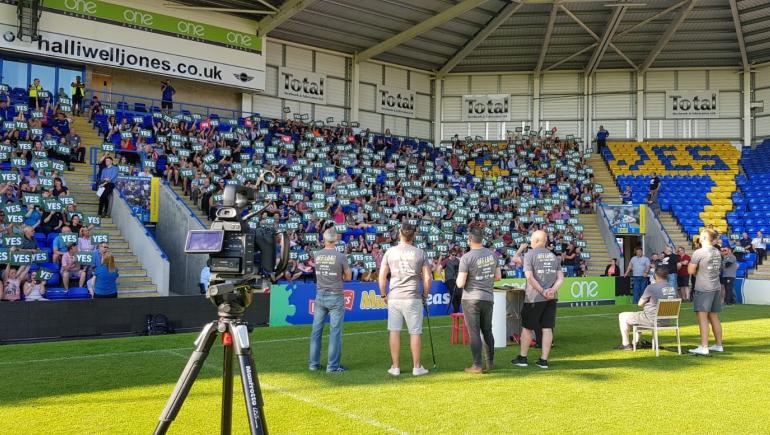 The record-breaking attempt was organised by the State of Mind charity, North West Boroughs Healthcare NHS Foundation Trust, Offload Rugby League and the club itself.

The awareness lesson was led by Dr Phil Cooper MBE, from North West Boroughs NHS, who said beforehand: “This is a great opportunity to increase awareness of mental fitness and have a great time in a fantastic rugby stadium.”

Rugby league has a strong track record of delivering programmes in the community focused on mental wellbeing, and even has a round of fixtures dedicated to the subject, this year taking place between June 14-17.

The new record beat the previous mark of 688 people set in Chennai, India earlier this year.

Find out more about Warrington Wolves Charitable Foundation on their ConnectSport directory page. To add your organisation to the directory, contact hello@connectsport.co.uk

UKSDN Conference: How sport can reduce crime
SIGN UP FOR THE CONNECTSPORT NEWSLETTER