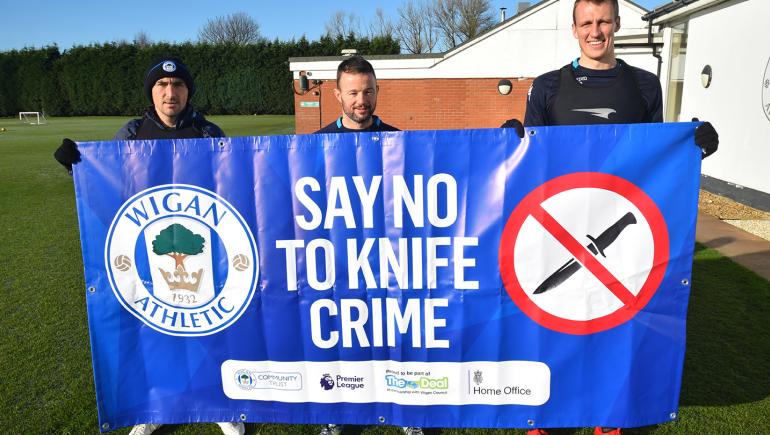 Wigan Athletic Community Trust is to educate local youngsters on the dangers of knife crime in a new project backed by the Home Office.

Over 300 young people aged 12 to 19 will take part in a series of workshops delivered by the football club's award-winning charity in partnership with Wigan Council.

The Community Trust has been awarded £2,440 by the Knife Crime Community Fund, a UK-wide initiative to positively impact on young people who may be at risk of committing such crimes.

Rachel Scott, Inclusion Officer at Wigan Athletic Community Trust, said: “The project encourages young people to consider the impact and challenges that knife crime can have on their local communities and the wider society, including how to deal with conflict and staying safe.

“We’ll be engaging with a number of young people through open discussions and workshops so they have a better understanding of the consequences associated with carrying a knife and its impact on them and their families.”

Dan Burn, Wigan Athletic captain, helped launch the project. He commented: "The workshops will help so many young people in Wigan and credit must go to the club's Community Trust once again for the launch of such a fantastic initiative."

Victoria Atkins, Minister for Crime, Safeguarding and Vulnerability, added: "The Knife Crime Community Fund is another important step towards stamping out this scourge and keeping our communities safe.”

Terriers to support care leavers
SIGN UP FOR THE CONNECTSPORT NEWSLETTER