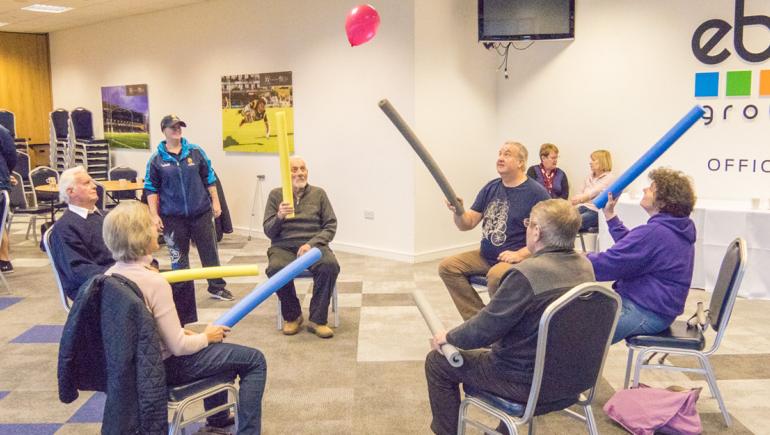 Worcester Warriors Community Foundation claimed a prestigious national award for its work around dementia this week.

The Foundation was named Dementia Friendly Organisation of the Year (small and medium category) at the National Dementia Friendly Awards held in London following a series of initiatives which have been introduced at its Sixways Stadium since January 2017.

This includes a weekly ‘Tackling Dementia Sports Café’, providing a safe place on matchdays for vulnerable people of all ages to watch matches, and appointing Simon Northcott, Warriors Disability and Inclusion Lead, as the club’s first ‘Dementia Champion’.

Northcott explained: “The Tackling Dementia Café is a social gathering for people living with dementia to help them live well with dementia and to give some respite to for their carers.

“We don’t charge. We try to get people active and they can do as much or as little as they want to. It’s just good fun.

“To win this award is incredible for the whole club. We not only have the Tackling Dementia Café, we have stewards and other staff who are dementia friends, we have a safe place at the ground and now we have been recognised for being a dementia-friendly organisation. It really is a massive honour.”

The Dementia Friendly Awards, which were introduced in 2013, celebrate and showcase the achievements of individuals, groups and organisations across the UK who have led the way on creating dementia-friendly communities and improving the lives of everybody affected by dementia.

First team lock Darren Barry has been appointed the Warriors’ ambassador for Tackling Dementia and is one of 130 dementia friends – which includes staff and Young Ambassadors – at the club.

“This is a huge honour and a lot of credit goes to the Community Foundation and Simon Northcott and his team. They can be very proud of what they have achieved in barely a year,” Barry said.

“As players we get a lot of spare time, Wednesdays are traditionally our day off and rather than sitting at home playing on our games consoles or twiddling our thumbs it’s a good opportunity to get involved in the community.”