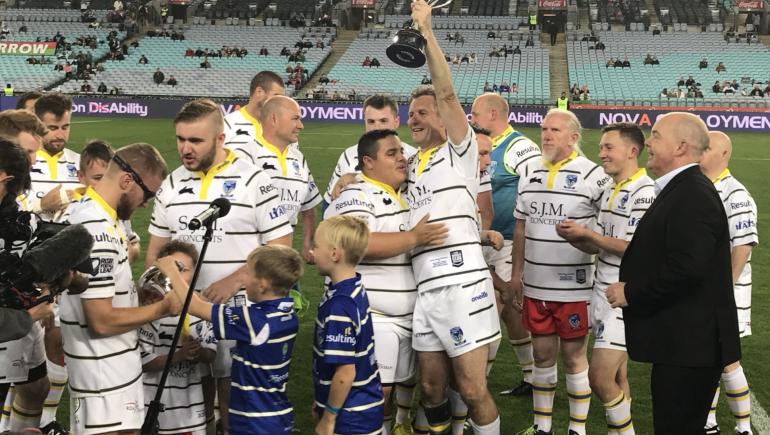 Physical disability rugby league is a modified version of the game which doesn't hide away from impact or collision.

Having won that initial encounter, Warrington travelled down under to face the South Sydney Rabbitohs in their 83,000-capacity ground and triumphed 34-12.

Each team in PDRL is allowed two able-bodied players and former Warrington stars Andrew Johns and Matt King turned out for the victorious side.

Johns said: “These guys face huge challenges, some of them have only one leg, but the intensity with which they play and their love of the game, and the excitement they had at getting out there and playing is really cool and humbling to be a part of.”

Comedian Hill once again turned out for the Wolves, scoring a conversion, while Will Maudsley scored a hat-trick and Tony Seward crossed for two further tries.

Hollywood actor Russell Crowe, owner of the Rabbitohs, celebrated with both teams in the dressing rooms after the match.

The team will play another game at Redfern Oval on Sunday (September 2) before flying back to England on Tuesday.