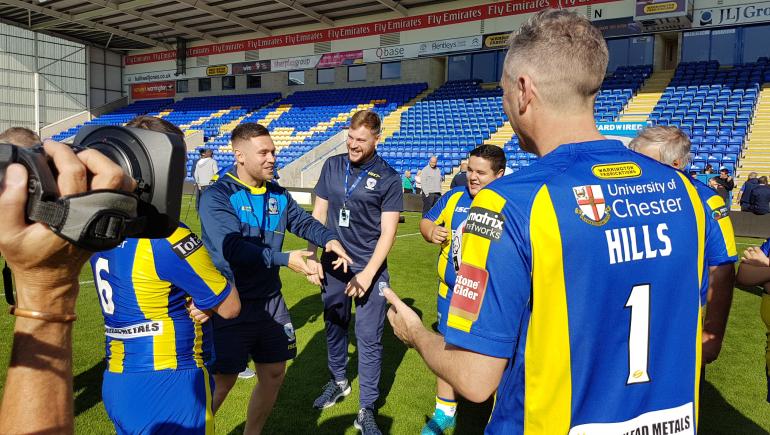 Warrington Wolves will face Leeds Rhinos this Sunday in the UK's first ever competitive game of physical disability rugby league.

The Foundations of both Super League clubs have developed the fixture between them and trained their respective squads. It will take place at Victoria Park's Asics Stadium in Warrington with a 1pm kick-off.

Featuring on the Warrington Wolves team will be Channel 4 Last Leg presenter Adam Hills, with his co-presenter Alex Brooker supporting the Rhinos.

Former England international Shaun Briscoe and ex-Warrington centre Toe Koe Love will turn out for the Wolves as the two able-bodied players permitted on each team.

Physical disability rugby league is a modified version of the game which doesn't hide away from impact or collision.

Police pilot Snow-Camp programme
SIGN UP FOR THE CONNECTSPORT NEWSLETTER