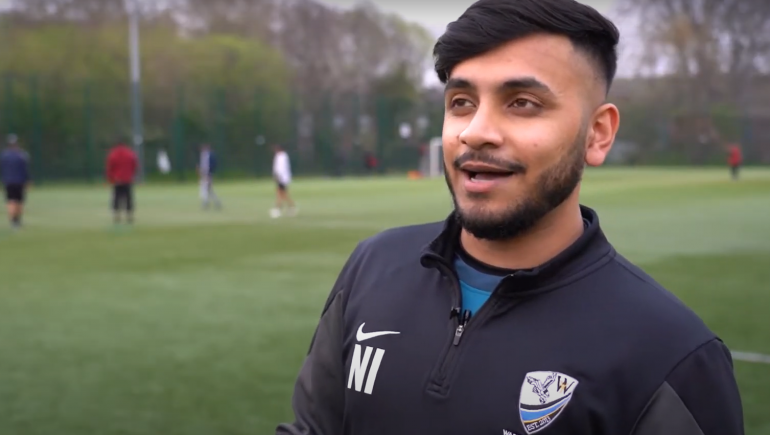 The chairman and founder of grassroots football club Wapping Youth FC is to be recognised with the British Citizen Award Medal of Honour for his extraordinary endeavours.

Nahimul Islam founded the club 10 years ago with the aim of tackling a number of social issues, including breaking down cultural and gender barriers, and health problems such as obesity.

The British Citizen Award, in partnership with One Stop, is now in its fifth year and recognises exceptional individuals who positively impact their communities throughout the country.

Wapping FC is an active member organisation of the StreetGames network, with 50 volunteers and 150 members in the football club, and Mark Lawrie, Chief Executive of the national charity, said: “I’m absolutely thrilled for Nahimul and for Wapping Youth FC.

“The work he is doing to bring communities together and improve the lives of young people is truly inspiring and this award is richly deserved.

“Organisations like Wapping Youth FC and the thousands of others within the StreetGames network have been at the frontline of supporting local communities through the challenges of the last year and their work is more important than ever.

“It’s a real privilege to work with incredible volunteers like Nahimul and I’m delighted to see his work recognised.”

Since the age of 15, Nahimul has raised more than £25,000 for 25 charities, through a combination of fundraising football matches and running half marathons. He was also recognised for his volunteering efforts over the past decade with The Diana Award last year.

When receiving the Diana Award last summer, Nahimul said: “The last 10 years have not been an easy ride, but what I have learnt is that if you have the right intentions and the right level of resilience you will get through anything and everything.”

Find out more at wappingyouthfc.co.uk.