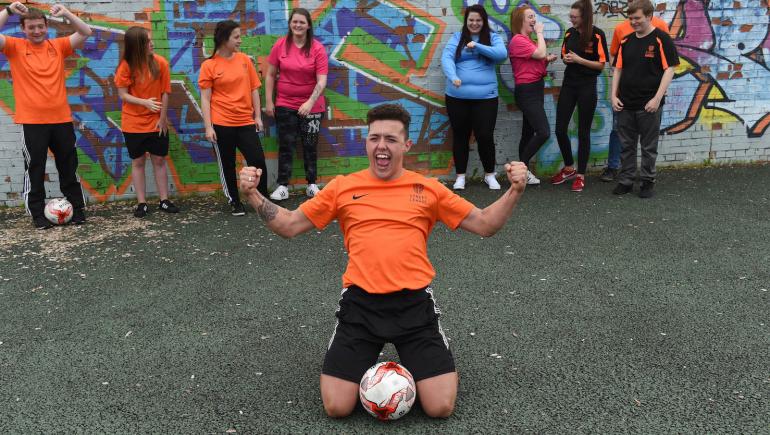 The leading sport for employability charity Street League has announced a new partnership with Nissan to target youth unemployment in Teesside and London.

The two-year agreement will see Nissan support Street League's academy programmes, which work with 20 young people who are not in education, employment or training (NEET) over a 10-week period.

The new partnership is aligned with the Nissan Skills Foundation, which seeks to encourage the next generation in the design, engineering and manufacturing sectors. It is part of a pan-European programme orchestrated by the international sport for development network, streetfootballworld, of which Street League is a member organisation.

The UK charity supported 1,731 young people into employment, education or training in 2017 alone, and its Chief Executive, Matt Stevenson-Dodd, commented: “Street League are delighted to be working in partnership with Nissan to help even more young people find a positive future using the power of sport.

“Our academies do this by offering a mixture of employability sessions, sporting activities and life skills development.”

Nissan, who are simultaneously supporting a similar project in France with the UEFA Foundation for Children, have a mission to create a "cleaner, safer, fairer" world and want to address the issue of seven million people aged 15 to 24 across Europe who are classed as 'NEET'.

Streetfootballworld Partnerships Director Johannes Axster said: "Football has a proven ability to bring people together and change lives. We’re grateful that Nissan recognises the potential for football-based social development programmes to empower young people in disadvantaged communities, while also providing Nissan employees with the opportunity to get engaged in meaningful activities in France and the UK."

#21by21: University leads research into mental health awareness
SIGN UP FOR THE CONNECTSPORT NEWSLETTER