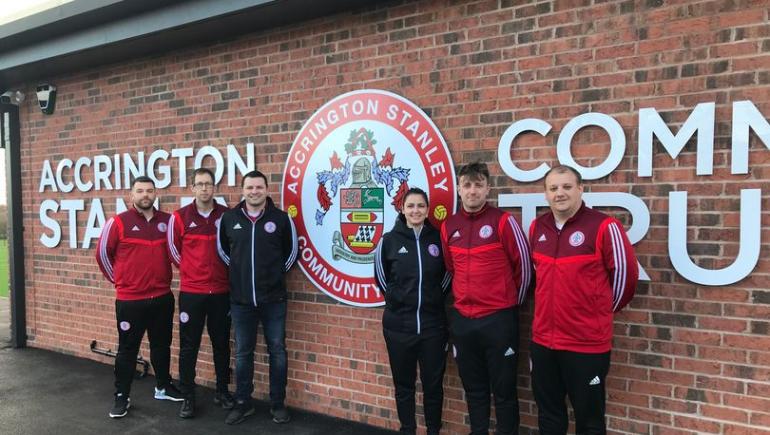 The invaluable work of lower league football clubs in their local communities was highlighted this week after the Accrington Stanley Community Trust (ASCT) celebrated its 10-year anniversary.

The ongoing restrictions imposed upon sport because of the Covid-19 pandemic have brought serious concerns over the financial futures of many clubs lower down the football pyramid.

But despite those fears, ASCT Chief Executive Martin Fearon told the Rossendale Free Press: “We feel the journey is only just beginning, and look forward to working with our community over the next 10 years.”

Since its formation in 2010, the club’s official charity has raised more than £5million and with this has been able to develop and deliver a wide range of projects and programmes.

The Trust has successfully engaging 21,861 people in the last 12 months alone across the areas of Hyndburn, Ribble Valley and Rossendale.

ASCT was originally established under the banner of ‘Football in the Community’ in 2007, with the aim to bring the professional club and their community closer together.

Natural progression from Football in the Community to a registered charity in 2010 resulted in the scheme being taken on to work alongside and under the guidance of the English Football League Trust (EFL Trust), which was staging its national conference this week.

In 2010 the charity was formed in an £800 portable office situated in the car park at Accrington Stanley Football Club.

A decade on, the charity has moved into a self-funded £2m community facility not far from the Wham Stadium.

CEO Martin has overseen the journey from the start.

He said: “I’ve been here since the days of Football in The Community back in 2007, and witnessed the remarkable growth of the charity over the last 10 years.

“There’s been some fantastic achievements along the way, such as taking the first Accrington Stanley team to play at Wembley Stadium, with Huncoat primary representing the club a few years ago.

“Engaging with record numbers of people year on year, and the main achievement being the development of our new £2m Stanley Sports Hub community facility.

“We feel the journey is only just beginning, and look forward to working with our community over the next 10 years.”

To showcase the journey of the last decade, the Trust has created a timeline which is on show in the new Stanley Sports Hub.