The Sporting Memories Foundation has held its first national conference in Manchester, entitled ‘Fit for the Future’.

They covered topics including active ageing, lived experience, demonstrating impact, national policy, and updates on the work of Sporting Memories.

Tony Jameson-Allen, co-founder of the Foundation, told ConnectSport: “We were delighted with the turnout for our inaugural conference, and really pleased with the conversations that were sparked throughout the day. 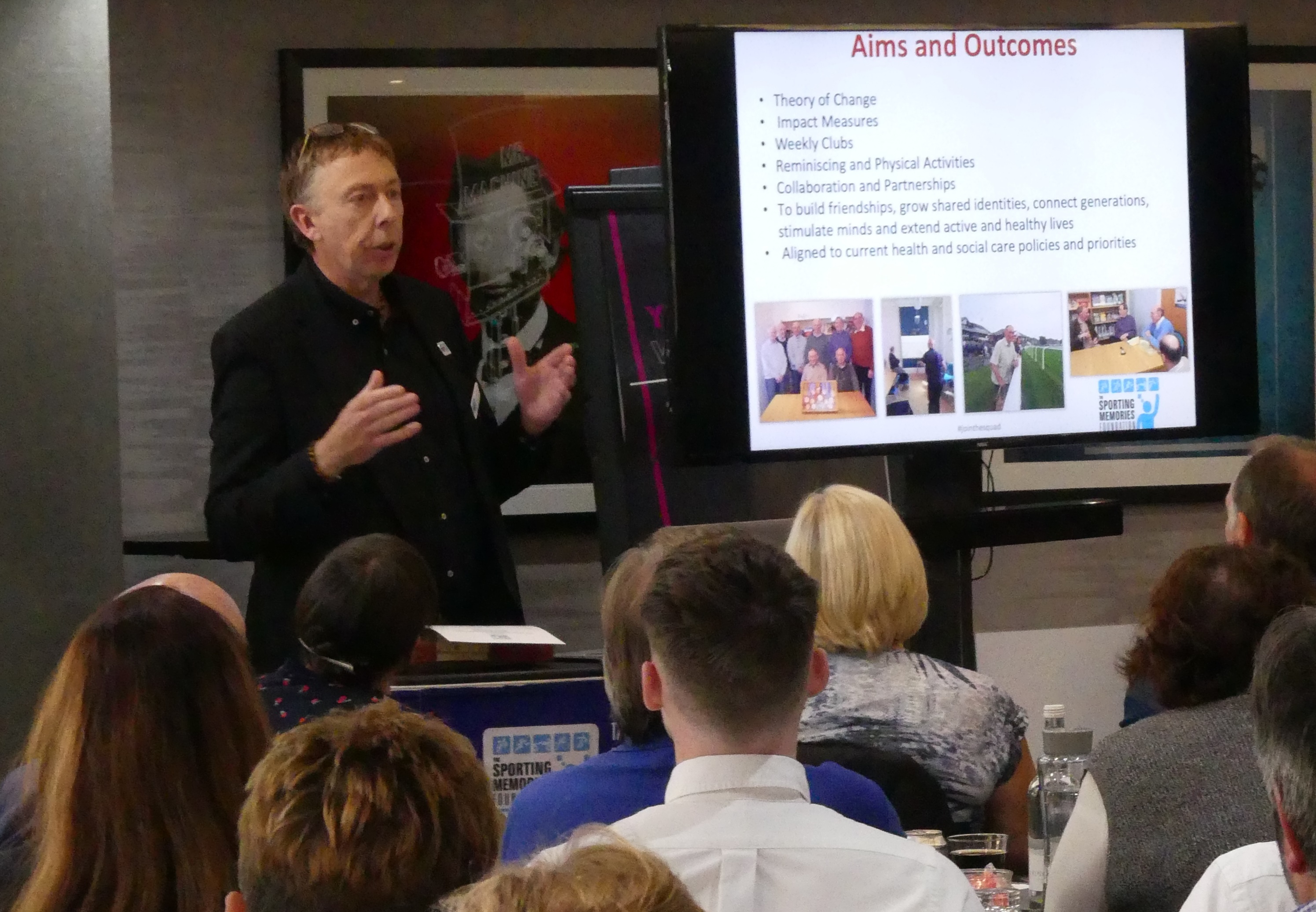 “The idea was to bring together high-profile representatives from Government, charities and Academia to discuss tackling the key issues for older people in our society: dementia, loneliness and depression.

“The Sporting Memories Foundation works with Government, Sport England, other charities and Universities, using the power of sporting reminiscence to start conversations and reconnect older people with society.”

Key speakers included Professor Alistair Burns, Professor of Old Age Psychiatry at The University of Manchester and National Clinical Director for Dementia and Older People’s Mental Health at NHS England. Alistair’s presentation explored the opportunities of dementia including the importance of dementia to individuals and outlined to the NHS Long-Term Plan. He discussed the power of emotional memory to unlock the limitations of dementia.

Chris Gilliver, former footballer Allan Gilliver’s wife and full-time carer, provided a hugely emotive perspective into living life with dementia, demonstrating first-hand the impact of Sporting Memories groups. Professor Claire Surr of Leeds Beckett University discussed the research that is being undertaken at the University to support the Sporting Memories Foundation, whilst Dr Hilda Hayo, CEO of Dementia UK, gave an insight into the work of this collaborative charity and the Admiral Nurses who support so many Dementia sufferers across England and Wales. 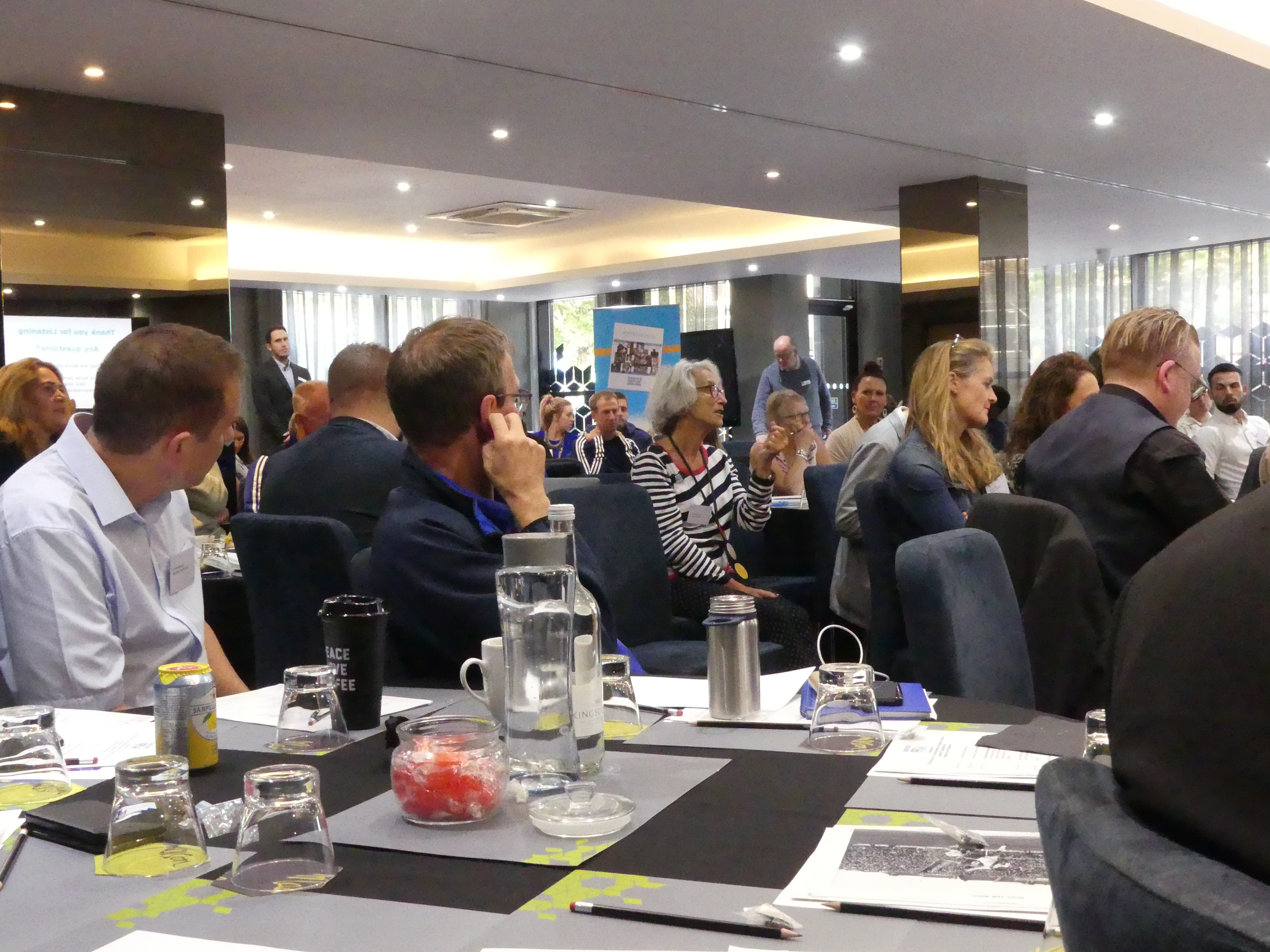 The conference closed with a talk from Tony Jameson-Allen who shared the eight-year journey of the organisation including challenges, impact and evidence, and future visions.

He explained: “The aim of the conference was to bring people together who are also working to the same agenda, and create collaborations. The charity firmly believes that working together for a common goal has a far larger impact, and the conference delegates reinforced this view throughout the day.

“The Foundation has a clear goal; we estimate that in order to provide Sporting Memories Group access to most of the UK, we need to establish a total of 300 clubs. We are almost halfway there, and will keep driving until this goal is reached, fundraising and raising awareness to reach as many people as possible and give as much support as we can to older people living with loneliness, depression and dementia.”

To find out more, visit the Sporting Memories page on the ConnectSport directory. To add your organisation for FREE, contact hello@connectsport.co.uk.

Cancelled Wimbledon to act as 'force for good'

Exclusive: Why slower is better for parkrun
SIGN UP FOR THE CONNECTSPORT NEWSLETTER