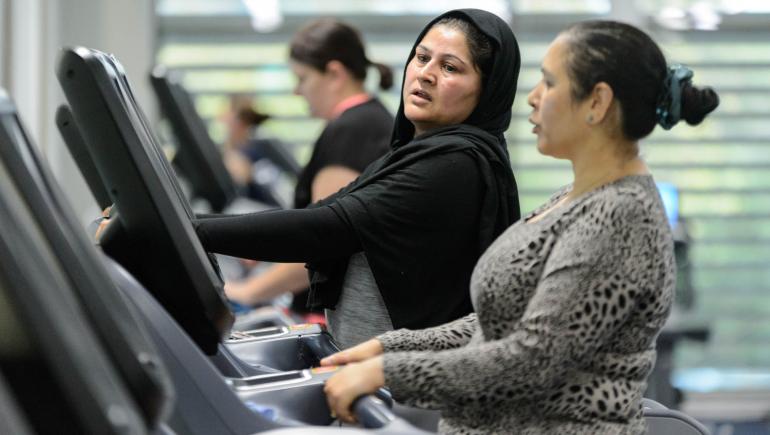 Sport England has invested in 26 pioneering projects across the country in a bid to help people on low incomes become more active.

The projects include a 'Dad Dancing' fitness programme at a Lancashire gymnastics academy, a project offering sports sessions to rough sleepers in Manchester and fitness sessions for low-paid or unemployed women from ethnic minorities in Newham, east London.

The investment comes from Sport England's Tackling Inactivity and Economic Disadvantage fund that was set up in 2017 to help address the barriers, such as cost and lifestyle, which stop people from disadvantaged backgrounds from engaging in sport and physical activity. Research shows a third of people on low incomes are inactive, which means they do less than half an hour of moderate physical activity a week.

MenActive, another of the 26 projects that has received up to £10,000 each, is a 12-week health and fitness programme for men who want to lose weight, increase fitness or improve their lifestyles.

Harry, 70, from Fleetwood in Lancashire, lost one stone in weight and 1.5 inches from his waist after completing the programme, but said "the mental help it has given me" was equally important.

“I hadn't been in a gym since school, and at the start I found it quite hard,” he said. “But I began to enjoy it. So much so, I have now joined my local YMCA for a session on another day.”

All the organisations being funded have a strong track record of working with their local community and making a positive difference to people’s lives. They will all focus on groups facing economic disadvantage, such as lone parents, ethnic minorities and refugees.