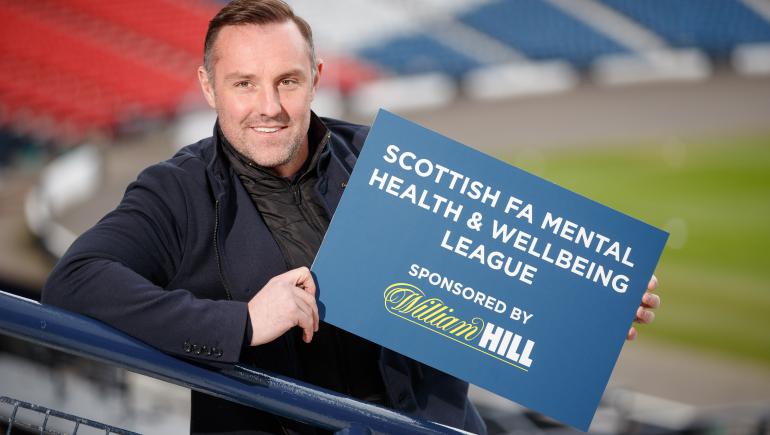 The Scottish FA have launched a national Mental Health and Wellbeing League to provide a support structure for those affected by mental health-related issues.

The league is made up of two groups of six teams from across Scotland and consists of eight matchdays between February and November.

Competing teams include stand-alone charity groups, residential hospitals and senior clubs who have worked alongside a group to establish their own mental health teams.

David McArdle, Para-Football Manager at the Scottish FA, told ConnectSport: "We are very particular in the teams who are allowed to join the league as they need to be able to support the players in a proper way. Each team needs a mental health professional on hand to ensure players are safe.

"Clubs who do not have this must have gone through training in spotting issues and must have a very clear sign up and referral system in place so that if an issue arises they can contact the player's GP, social care or mental health support worker."

McArdle added: “The Scottish FA and our partners are committed to supporting mental health and wellbeing across the whole game – from grassroots to the senior game.

“The Scottish FA Mental Health and Wellbeing League, sponsored by William Hill, allows participants to gain confidence and enjoy football in a safe and nurturing environment, which allows the players to move towards mainstream activity.”

Kilmarnock and ex-Scotland striker Kris Boyd and newly-appointed Scotland head coach Alex McLeish were on hand to launch the league at Hampden Park.

McLeish commented: "We all know people who have had their struggles and anything that can be done to offer a support network – especially using the power of football – can only be a positive.”

The initiative is being supported by Breathing Space. Their national coordinator Tony McLaren said: “Breathing Space is a free and confidential phone service which provides support to around 8000 people across Scotland each month, struggling with issues such as low mood, anxiety and stress.

“There are strong links between physical activity and good mental wellbeing so we are delighted to be involved in this initiative and hope that the Scottish FA Mental Health and Wellbeing League goes from strength to strength.”

Charity is 'changing lives through sport'

LEAP IN: Sported campaign boosts community clubs
SIGN UP FOR THE CONNECTSPORT NEWSLETTER