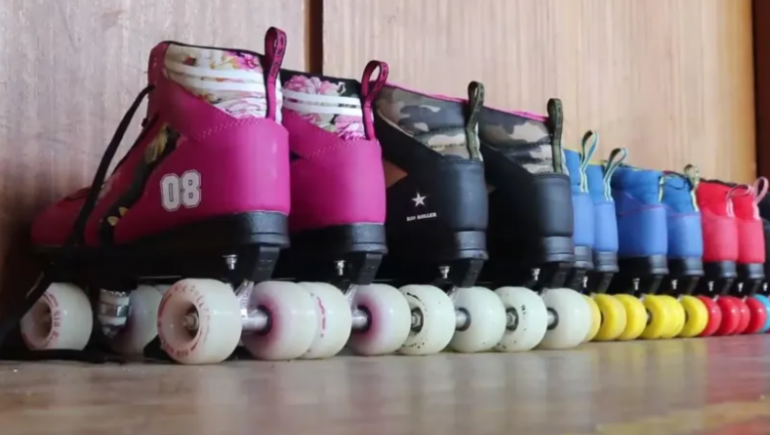 ConnectSport has been working with London Sport to produce a series of short films focused on projects supported Sport England's 'Satellite Club' funding, which aims to get young people active. Here we focus on a roller-skating programme for teenage girls in Dagenham.

Diana Thesee has long had two passions: skating and working with young people.

She also wanted to put something back into her community, and tackle keenly-felt social issues such as some of the highest teenage pregnancy rates in London.

In 2018, Diana brought all these ideas together to create Skates Dagenham.

Her plan was to offer a new physical activity offer in East London which uses roller-skating to get teenage girls active and engaged in their local community.

And it's worked. Skates Dagenham was created as part of the charity Community Resources and supported by funding from Sport England’s Satellite Club programme, distributed by London Sport.

“I used to ice skate a lot as a child and I also have a passion for working with youth and I just felt, 'Wouldn’t it be great to have a place where you can come and roller skate that was really affordable and accessible for the girls to come to?'

“I know a few other roller-skating places in the area but they were quite expensive and I just want it to be somewhere the girls could come every week and that money wouldn’t be a barrier.

"There’s a lot of stuff for boys to do - there’s boxing and there’s football - and I just thought roller skating for girls is something that’s very appealing. 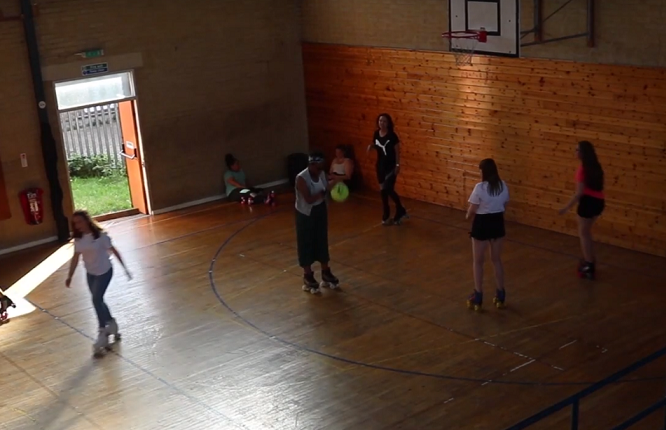 Teenage girls attending the programme describe Diana as a mentor who they can relate and offload to, and Caroline Poole and Patricia King – two local mothers of participants - are impressed.

The pair see Skates Dagenham as providing an invaluable service to the community.

“Diana’s providing a service for the girls because that’s what they need. They need something in the borough. No-one wants their kids going around walking the streets, it’s not safe," Poole notes.

“There was a young girl that was here tonight and when I first came she wouldn’t let go of the side and now she’s skating around,” added King.

"They all helped her do that. They’ll hold her hand and take her round as many times as it needs.”

Diana also knows how inactive teenagers, in particular girls, face a lot of obstacles to activity ranging from low family incomes to the negative effects of social media. 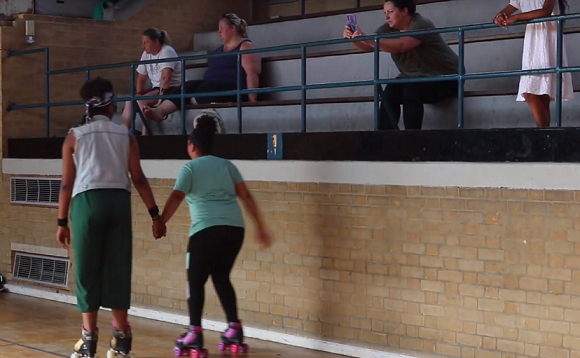 “You have to look a certain way and I think it’s getting them out of that," she added.

"We're getting them out of the house doing something different and being involved in a positive activity amongst leaders that can motivate them and help them.

“I remember one girl saying to me, ‘I just really needed to get out of the house and let my hair down and forget about the issues I’m having in the week’.

“Poverty is an issue in this area; there’s a lot of boredom, and maybe for single parents, it is a struggle. A lot of these girls will either know someone who is pregnant or who has had a child.

“I really wanted to create an atmosphere of trust, building friendships and relationships."

If you're based in London and you think you can help inactive teenagers to change their physical activity habits for the better, or would like further information on this funding, visit the London Sport website or get in touch with the team.