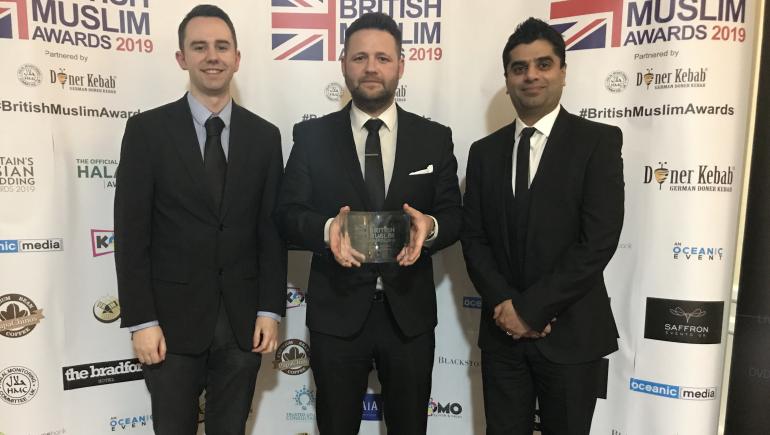 Blackburn Rovers Community Trust’s support of the local Islamic community has helped the charity to win its first accolade at the British Muslim Awards.

The Trust was named as the ‘Community Initiative of the Year’ winners at the national awards ceremony in Bradford this week, in recognition of their efforts to offer experiences and opportunities for local Muslim residents.

The award recognised the range and diversity of the projects that the football club have offered to that section of the local community, including citizenship and anti-racism programmes, hosting inter-faith sports tournaments, supporting aid appeals from Islamic charities and offering stadium visits and coaching sessions for refugees and asylum seekers.

Much of this work is co-ordinated by the Trust’s community inclusion manager, Ilyas Patel, who was overwhelmed at being recognised as one of 30 award-winners at the national celebration.

He said: “It was unexpected, but it's great that a national award has recognised the work that we're doing in our local community.

"I've accepted the award on behalf of everyone at the Community Trust who work so hard day in, day out. Making a difference to our community is what we do every day.

“I’d like to say a massive thank you to everyone within our charity and the support from the football club for giving the platform to achieve this success, as well as those within our local community who kindly nominated us to be in contention for this prize. It’s heartening to know that they really value what we’re doing."

The success was the Trust’s fourth major award in the past 12 months, having also been recognised for its contribution to local society at the EFL Awards, HIVE Awards and Northwest Football Awards.