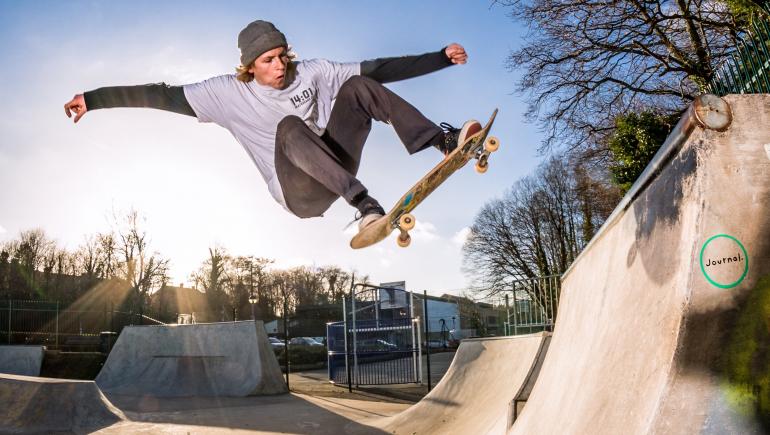 New research has shown a striking correlation between people who skateboard and their improved mental health.

The study conducted by Instinct Laboratory and Flo Skatepark, has shown involvement in skateboarding can reduce stress, increase confidence and provide escapism.

Skateboarding is well known for its physical health benefits, but the recent study has shown that individuals who partake in skating stated they do so to reduce boredom, provide them with escapism, help them to build their confidence and use skateboarding as a coping mechanism for their emotions.

Youngsters also attributed skateboarding to helping them feel a sense of achievement (when performing new tricks), learning and progressing when getting better on a board and feeling like they could be themselves when at a skatepark, surrounded by others with a similar outlook.

Recent figures showed a huge growth in the popularity of skateboarding since the start of the pandemic, with a rise of over 70,000 people in the UK participating in the sport, with the largest growth being with females getting on a board for the first time.

The study is a refreshing story, as nationwide figures have shown growth in anxiety owing to the pandemic, with over two-thirds of people feeling worried about the effect Covid will have on their life, with over half feeling stressed and bored.

James Hope-Gill, CEO at Skateboard England and Skateboard GB said: “The research is really reassuring to hear and is great insight into the additional benefits skateboarding provide. In a year when mental health issues are at an all-time high, it’s positive to see that people are able to help combat it with something they already enjoy doing”.

Andy Wright, Trustee at Flo Skatepark, commented: “It’s been amazing to see skateboarding continue to grow since we reopened in August. The research has shown how much places like Flo are needed right now. We’ve worked hard to provide a safe space for skateboarders and it’s great to know that we’re doing something positive to help people right now.”

Indoor skateparks were able to open from the end of July and since have seen record numbers of participants through the doors, helping to nurture the growth in the sport.

This Girl Can teams up with Heart Radio

Youth violence: Government to expand 'sporting opportunities'
SIGN UP FOR THE CONNECTSPORT NEWSLETTER