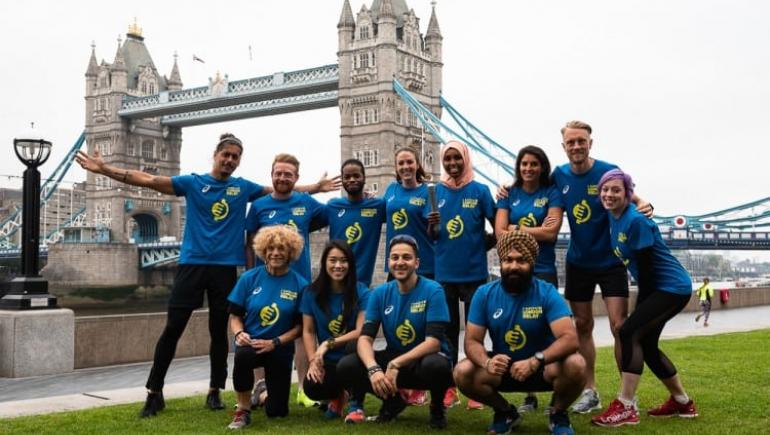 More than 2000 runners will take part in a non-stop series of 5km and 10km events over the next month in aid of a charity which uses running to improve the lives of young people affected by homelessness.

The second annual ‘London Relay’ is taking place between June 29 and July 28 in a bid to raise £50,000 for the Running Charity.

At least 83,000 young people in the UK are homeless right now, with homeless young people almost twice as likely to die as their non-homeless peers.

The Running Charity say that running builds the fitness and goal-setting mentality that are key tools to help these young people to build healthy, sustainable futures. They develop and deliver personalised programmes to support some of the most vulnerable young people in London and Manchester.

Following the success of the first London Relay in 2018, runners of all shapes and skill levels, many kitted out in fancy dress, will again keep the baton moving continuously around the course - day and night for an entire month. There are stages designated for dog walkers, kids, Nordic walkers, and there will be hundreds of volunteer marshals supporting from the sidelines.

Alex Eagle, founder of the Running Charity, said: “In the past 12 months homelessness has risen by a further 18% in London.

“As the exclusive partner to the London Relay, the Running Charity is asking runners across London to unite again, sign up and raise funds to help us build more supportive communities for those young people affected by homelessness.

“In 2018 the London Relay united the running community and was the Running Charity’s highlight of the summer. Our young people were welcomed open-armed by so many runners and we valued the experience from start to finish.”

Organiser and brainchild of the London Relay is author and ‘happiness guru’, Danny Bent. He said: “The best thing about the relay last year was watching people from all walks of life come together to help create something historical. With a bit of collaboration, amazing feats can be accomplished, lives can be changed and a lot of happiness generated.”