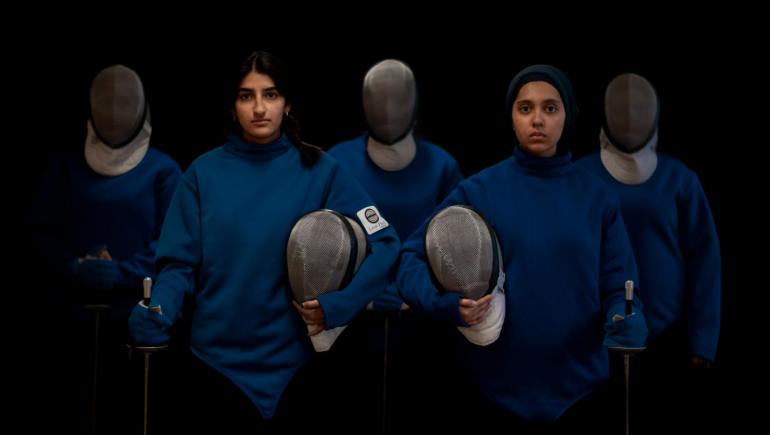 British Fencing and its partner Maslaha are to host an online premiere screening of the Muslim Girls Fence film 'Nobody’s Metaphor'.

The 30-minute film follows a group of schoolgirls in North-West London as they embark on the Muslim Girls Fence project, a collaboration between the national governing body of fencing and Maslaha, the charity which creates new ways of tackling long-standing issues affecting Muslim communities.

The film documents the girls’ experiences and what the project means to them. The screening will take place Thursday 2nd July at 6pm.

Muslim Girls Fence is an innovative project that brings together the sport of fencing, conversation and creativity. Open to all women yet centering the needs of Muslim women, participants attend a series of fencing classes and immersive creative workshops all designed around topics of conversation chosen by them and on their own terms.

The screening will be followed by a panel discussion chaired by poet and writer Suhaiymah Manzoor Khan. The panel will feature Dr Azeezat Johnson, Saimah Asghar and Yashmin Harun. Attendees will also have the opportunity to ask questions to the panel.

The film was first premiered offline at the Tate Modern, London in January 2020 and it is hoped that there will be more in-person screenings in the future.

Register to watch the film here.

To find out more about Muslim Girls Fence, visits its page on the ConnectSport directory. To add your organisation for free, contact hello@connectsport.co.uk.