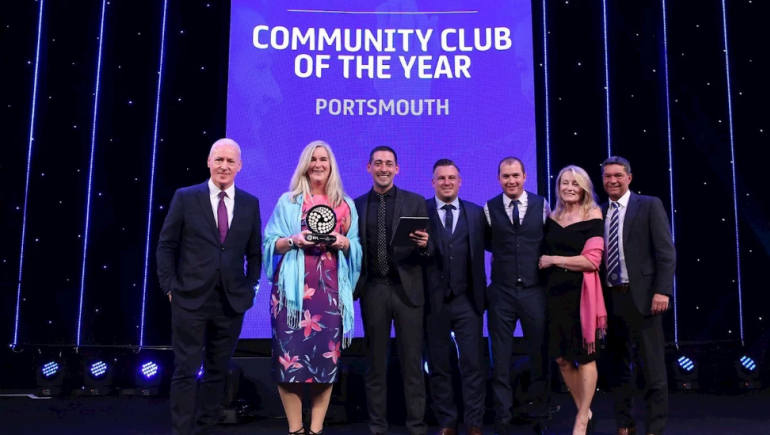 Portsmouth have been named Checkatrade Community Club of the Year at the 2019 English Football League (EFL) Awards.

They had already collected the prize for the south-east region and saw off competition from Bristol City, Coventry, QPR, Rotherham and Wigan to become national winners.

It is the second time in three years that the South Coast club have come out on top, having picked up the same prize in 2016.

Pompey impressed the judging panel with their ongoing and innovative work with a wide range of individuals in the community – the youngest participant is three and the oldest is 101.

A groundbreaking project, based on a restorative justice approach for young fans involved in violence at games, was commended by the judges.

The club’s chief executive Mark Catlin said: “I’m delighted and proud that Pompey have been named Community Club of the Year yet again.

“Winning this award is a real group effort that involves so many people, although I must, of course, offer special praise to Clare Martin and her fantastic team at Pompey in the Community.”

Clare, who is director of community projects, told portsmouthfc.co.uk: “It’s unbelievable – and even more special because it came as a complete surprise.

“The programme we’ve won this award on the back of has already been rolled out and will hopefully receive more exposure to grow further afield.”