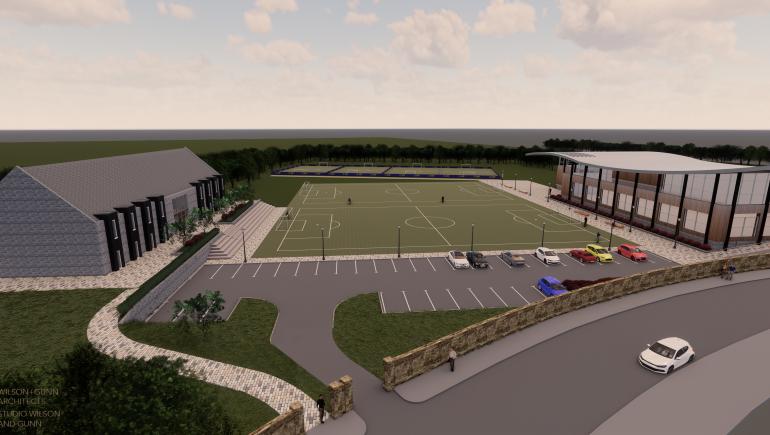 Pioneering plans for a £5million football-themed 'Change Centre' for people affected by homelessness in Edinburgh have been unveiled.

A public consultation has been launched by David Duke MBE, former player and coach of Scotland's Homeless World Cup team and founder of StreetSoccerScotland.

Duke told ConnectSport: "Change Centre is much more than just a physical building. It’s not a stretch to say that it can change lives for the better and get people back on their feet for good.

"It will offer hope, relationships and purpose, but much more than that it will break away some of the misconceptions around homelessness.

“We don’t want Change Centre to be just another place offering a roof for people who are homeless. We want to be part of the community, working with locals and users of the Change Centre to build trust and understanding.”

The proposals for the centre include 32 en-suite bedrooms, living facilities and six football pitches. Those referred to the centre would work alongside staff, with 30 jobs potentially created.

The development would be situated at the site of Edinburgh South Community Football Club, which serves more than 200 players in the area.

Chairman Brian Waugh said: “We are firmly rooted in the community, with most of the coaches within our ranks living and working in the area. We pride ourselves in welcoming footballers of all ages, genders, background and ability to the club.

“When we first learned of Street Soccer Scotland’s search for a location to make an investment, we saw an opportunity to pool the resources of both organisations and contribute to a proposal which would maximise the potential of the site and deliver maximum value to not only our club, but the whole local community.”

Duke concluded: “The Change Centre will save lives. It will add value to the community and change people’s perception of homelessness."