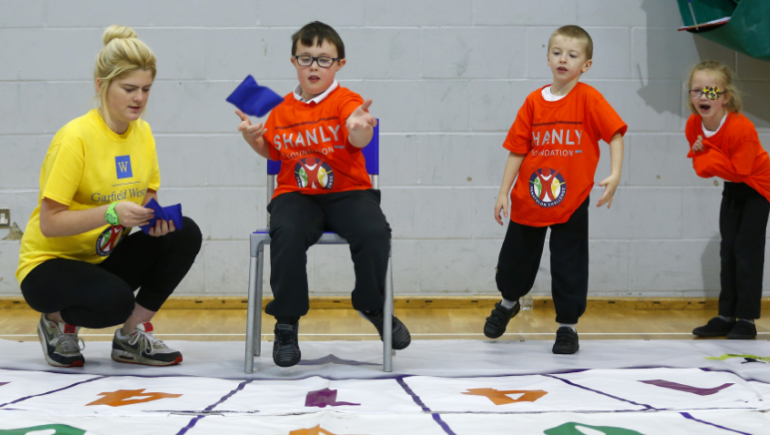 Panathlon, the charity that provides sporting competition for young people with disabilities and special needs, has announced a record-breaking increase in participation.

The charity also delivered 460 Panathlon events (up 63 from 2017/18) and saw 315 new schools join the programme, making a total of 1,335 schools engaged overall, as it spread to new areas such as Shropshire, Cumbria, East Riding West, Bolton, North-East Somerset and – for the first time outside of England – North Wales.

Liz Johnson, Panathlon Ambassador and Paralympic gold-medal winning swimmer, said: “Congratulations to Panathlon for passing yet another milestone in their rapid growth.

“I have personally witnessed the inspiring effect they have had on thousands of young people – not only on competitors’ physical health and self-confidence, but also how it can galvanise schools’ provision of PE and sport for their pupils with disabilities and special needs.”

Panathlon have also announced that the number of trained Young Leaders – who officiate, guide and help to deliver its competitions – rose by 680 to a total of 4,611, meaning that 26,517 young people participated in competitive and leadership roles in competitions, training courses, coaching days and awards ceremonies.

Panathlon’s impact was recognised with several accolades in 2018/19, picking up awards from London Sport and the Sport & Recreation Alliance within the space of 24 hours in March. The charity has also been shortlisted in this month’s Scottish Power Foundation Awards which celebrate benevolent work in local communities across the UK, for its work with primary-aged SEN children.

To find out more, visit the Panathlon page on the ConnectSport directory. To add your organisation for FREE, contact hello@connectsport.co.uk.

Time to Talk throws light on sport and mental health

UNODC survey: Sport for youth crime prevention and criminal justice
SIGN UP FOR THE CONNECTSPORT NEWSLETTER