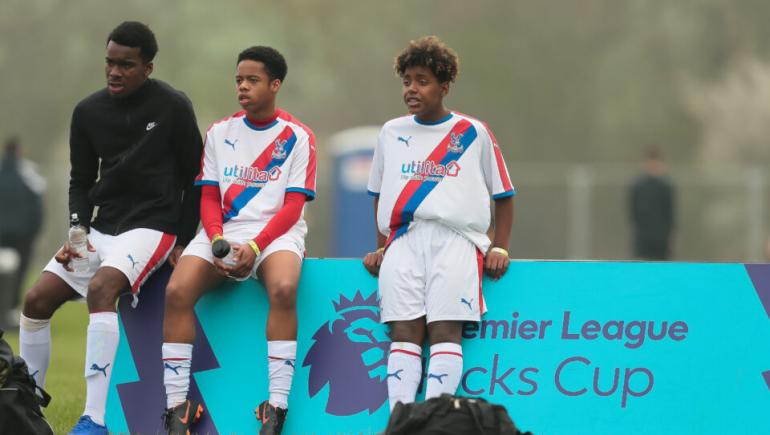 Palace for Life Foundation, the charitable arm of Crystal Palace Football Club, has become the latest delivery partner for the successful Levelling the Playing Field project.

Levelling the Playing Field (LtPF) uses the power of sport and physical activity to engage and improve health and life outcomes for young people who are at risk of entering, or are already involved with the Criminal Justice System.

LtPF will specifically partner with the Foundation’s Premier League Kicks Programme, using football as a preventative measure for individuals in Croydon. Members of staff leading the sessions will act as mentors for those taking part, as they are staff who have grown up in the local area so understand the difficulties and barriers that young people are facing.

Together Palace for Life and LtPF will use football as an engagement tool to kickstart a more positive future for each individual.

Roxanne Bennet, who is Community Sports Manager for Palace for Life, said: “This is a long-term programme and we’re looking forward to seeing a real impact and tangible changes over a period of time.

“This isn’t just a programme led by a coach with a badge to get someone better at football, it’s being led by people who can actually be there for the young people, to listen to them and understand what they are going through.”

LtPF Project Leader, Rudro Sen, said: “It is a privilege to welcome Palace for Life on board as a local delivery partner on Levelling the Playing Field. They are very well-known and respected for their positive impact on young people in their community and their work aligns strongly with our common goals. We look forward to working together over the next three years.”

Meanwhile Minister for Safeguarding, Victoria Atkins, says more evidence and “robust research” is needed on the impact of sport interventions in reducing crime and violence.

“I’m convinced of the very positive impact sport has on younger people’s lives,” the Minister said. “I am genuinely really excited this APPG has been set up and I look forward to reading your work.

“The challenge for members of this APPG, however, is that the evidence base isn’t good enough at the moment. There is a lack of robust research on the impact of sport interventions on reducing crime and violence.”

The Minister highlighted the Home Office’s new Youth Endowment Fund toolkit as a platform to collate evidence of successful approaches in preventing serious youth violence. ‘Sport and physical activity’ is listed as a category but as yet it has ‘insufficient evidence of impact’ in its database.

“A lack of research does not mean that the approach doesn’t have an impact, it just means we don’t have a good-enough evidence base at the moment on what that impact is,” Mrs Atkins explained. “I urge this APPG to draw the Youth Endowment Fund’s attention to sport-based interventions and programmes you think they need to consider.”

Vice-Chair, Rt. Hon. Lord McNally, said: “The sad thing is I was having the same conversations when I was first made Chair of the Youth Justice Board eight years ago. I was told there was no evidence to prove sport’s impact.

“The challenge for us as a group now is to move things forward. We know sport changes lives. We’ve got to work closer with funders and policy-makers and show that sport does have this hugely beneficial effect on life chances of young people. It does divert and put individuals on the right path.”

Read more from the Alliance of Sport in Criminal Justice