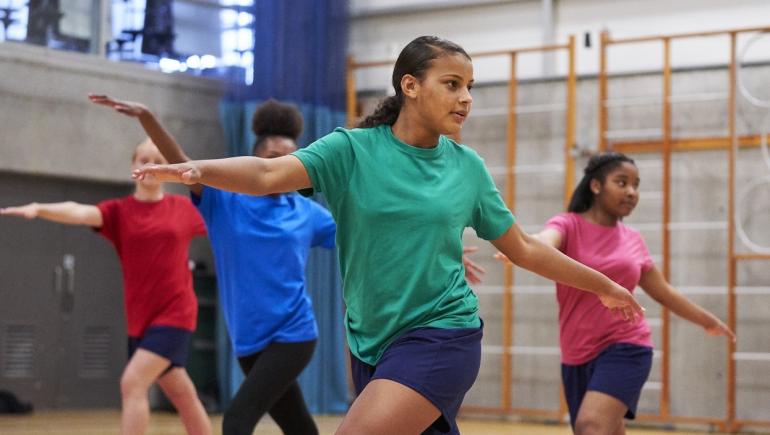 A UK-wide coalition of charities and organisations will mark the International Day of Sport for Development and Peace (#IDSDP) on April 6th by launching a new campaign aimed at showcasing how sport and physical activity can contribute to building a fairer, more equitable and sustainable future.

The Sport for Development Coalition will launch the #OpenGoal campaign to showcase how its 200-plus members specifically support a series of positive health and societal outcomes such as reducing crime and anti-social behaviour, improving health and wellbeing, and building stronger communities and social cohesion in the wake of Covid-19.

IDSDP takes place each year on April 6th and, according to the United Nations, presents “an opportunity to recognise the positive role sport and physical activity play in communities and in people’s lives across the globe”. It is certain to resonate strongly in 2022 because of current conflict around the globe, and in the wake of Covid-19. 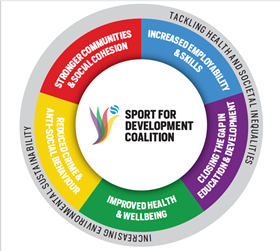 First and foremost, Open Goal will promote the Coalition's call for UK Government to ringfence funding committed for jobs, health and tackling crime towards targeted sport-based interventions that can save public money and generate multiple returns on investment, from improving the physical and mental health of individuals facing disadvantage and discrimination, to increasing educational attainment and the ability to secure employment. In particular, this will support the Government’s recently-launched ‘Levelling Up’ agenda which outlined 12 ‘Missions’ to be achieved by 2030, eight of which Coalition members are directly contributing to.

Open Goal will also see the Coalition work with its partners across multiple sectors, for example by supporting the charity Made by Sport’s aim to secure more private sector and corporate investment into targeted programmes tackling the social issues faced by young people in communities across the UK. Made by Sport is an official partner of the Coalition.

Download the campaign logo (available in generic and co-branded versions)

Finally Open Goal will also seek to champion sport’s role in tackling inequalities and building a fairer society through national and local media, helping to amplify the business case for scaled investment in targeted sport and physical activity-based interventions.

The Sport for Development Coalition is a growing network of more than 200 charities, VCSE (voluntary, community and social enterprise) groups and networks, sports bodies and foundations, and public and private sector organisations over-arching thousands of projects and programmes intentionally using sport and physical activity for good. It is supported by Sport England, Comic Relief and Laureus Sport for Good.

More than 70 Coalition members contributed to its first policy report ‘Moving for mental health’, published in January in partnership with Mind, and the network recently commissioned the University of Bath to conduct independent research on sport’s contribution to employability. Organisations which use sport and physical activity to enable young people to become more employable and access employment are being encouraged to complete the survey here. Further research and reports will follow focusing on the Coalition's 'collective action' and contribution towards the specified outcome areas across the Open Goal framework.

Beyond April 6th, Open Goal will target more relevant dates, events and consultations throughout 2022, ranging from the Commonwealth Games and 10th anniversary of London 2012, to supporting the roll-out of Sport England’s ‘Uniting the Movement’ strategy and responding to key parts of the Levelling Up agenda such as the Community Spaces and Relationships Strategy later in the year.

Its aim is to show how sport and physical activity are being used every day across towns and communities to build a fairer, more equitable and sustainable future, and how the charities and organisations across the UK’s sport for development sector can play their part.

Three ways you can help to drive the campaign:

1. Support the campaign online in the build-up to April 6th, and on the day itself. Download the campaign logo (available in generic and co-branded formats) and find campaign guidelines here. Alternatively send messages which showcase how your organisation is contributing to Open Goal and tag @SFDCoalition on Twitter. Be sure to include the hashtags where possible so we can share your messages #OpenGoal #IDSDP.

2. Sign up for one of the weekly 30min Open Goal drop-in sessions (every Wednesday at midday GMT) in the build up to April 6th - links to register below. These will explain the thinking behind the campaign, invite feedback, requests and suggestions. The sessions are open to any organisation using sport and/or physical activity to generate positive social and environmental outcomes, not just Coalition members – although you are encouraged to sign the Coalition charter and join the Movement, and to ask others to do the same.

3. Tell the Coalition in advance how you plan to support #OpenGoal throughout the year, especially with regards to your organisation’s targeted outcomes, campaigns and activities, and annual milestones and reports. Remember each colour on the framework represents an outcome area, from improved health and wellbeing to stronger communities and social cohesion – so let the Coalition know how you’re contributing to the 'collective action'. It will support and share your messages.