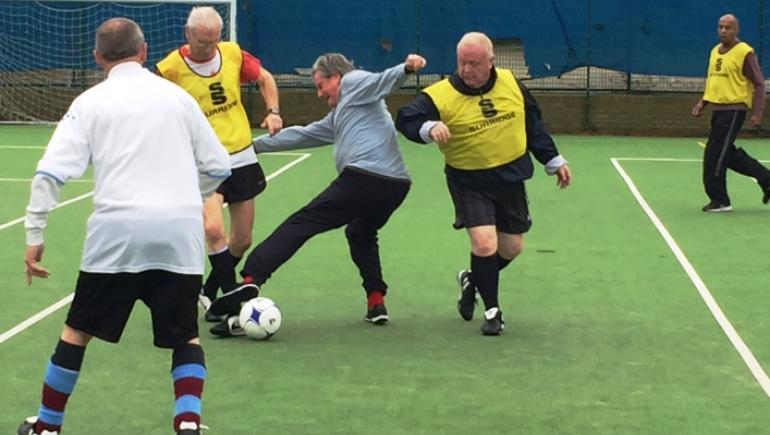 NHS England chief executive Simon Stevens has backed a scheme which lets overweight football fans train at their club’s stadium, encouraging them to get fit and live a healthier, more active life.

Five clubs from the English Football League Trust are already taking part in the Football Fans in Training (FFIT) programme, first run in Scotland – which sees overweight men coached for 12 weeks at their team’s home ground.

Clubs put on a three-month programme of exercise and sports and give advice on healthy eating. One programme at Swindon Town saw 30 men lose more than 40 stone in weight.

The EFL Trust wants to see the programme spread to more communities by setting up new partnerships to boost the impact of the scheme.

The scheme was developed in 2010 and is operated by the Scottish Premier Football League Trust north of the border.

Simon Stevens said that rolling out the scheme in England will help cut type 2 diabetes and other obesity-related problems including heart disease and several types of cancer, improving health and relieving pressure on the NHS. With the NHS' new Long Term Plan having a renewed focus on illness prevention, he said commissioners should consider enabling GPs to refer supporters to the scheme as part of the growing move toward ‘social prescribing’.

He added: “Obesity is a public health emergency and tackling it needs to be a team effort. Football clubs are the centre of communities across England and working with them to encourage fans to get fit is a great idea that can produce real results.”

Mike Evans, Director of Operations at EFL Trust, said: “The EFL Trust is committed to improving the lives of people within EFL communities across country and Football Fans in Training is proven to be a great way to get people to think about sustainable changes to improve their lives. We are proud of the work in our EFL Clubs in this area so far and hope to do more to address this important challenge going forward.”

Experts at the University of Glasgow, who studied the programme’s Scottish roll-out, said the men lost more than nine times as much weight as those who had not done the programme.

London Youth join #21by21 campaign
SIGN UP FOR THE CONNECTSPORT NEWSLETTER