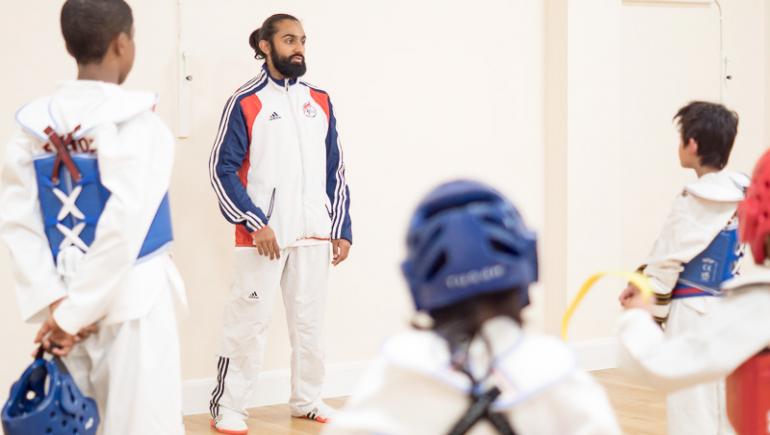 A new study has found that martial arts leads to higher levels of alertness, concentration and cognitive control – findings backed by community coaches who have witnessed these effects in person.

The report by researchers at Bangor University compared 21 amateur adults who practised karate, judo or taekwondo with 27 adults with no experience in the sport.

They tested different types of attention in each group: alerting (maintaining focus), orienting (switching attention between tasks) and executive (choosing the correct response from conflicting information). They found higher alert scores in the martial arts players, with progressively higher levels recorded by those who had participated in the sport the longest.

Previous studies have linked martial arts to improved academic performance and behaviour, but this takes the story of the sport's holistic benefits a stage further. Researcher Ashleigh Johnstone said their results showed martial arts "is one of those rare crossovers that helps significantly improve the brain just as much as the body".

He told ConnectSport: "Focus is vital in a sport like taekwondo. A one-second lapse in concentration can cost you a match, as happened to Lutalo Muhammad in the 80kg final in Rio [when a last-second kick to the head cost him the Olympic gold medal against Cheick Sallah Cisse].

"I always refer to that incident with my students. If their mind is not 100% focused on what they are doing, and if they don’t have tunnel vision for that six minutes, it can be the difference between winning, losing and possibly getting really hurt."

Malik, who represented Great Britain at junior and under-21 level before switching allegiance to fight for Guyana in the World Championships, has been coaching for 10 years.

He says the culture of taekwondo and other martial arts is a significant factor in the mental fortitude it tends to inspire in participants.

"You bow before you enter the class and at the start of each class as a sign of respect to your instructors," he explained. "You also bow to your senior grades to show respect to those with more experience, even if in some cases they are younger than you.

"There is a culture of learning from everyone, which is quite a humbling experience. Those experiences filter in different aspects of your life and have a lot of subconscious effects."

One story highlights the effects on concentration and discipline that the new research identifies.

"I had a student who was adopted and arrived from Syria," Malik said. "He was obviously deeply affected by where he had come from and his concentration was so bad, he looked at the wall and the floor constantly, was in his shell and was teased by some of the others.

"I entered him into a competition and it proved to be a turning point as he came back with gold. His confidence levels sky-rocketed, he had his head high and his chest out. He has progressed rapidly from there. It was one of my most rewarding moments as a coach and just shows the positive effects that will hopefully last for the rest of his life."