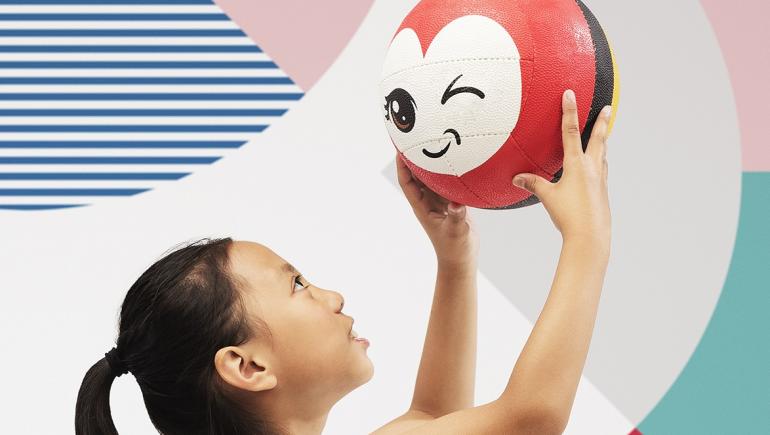 England Netball has unveiled a new programme aimed at improving the health and wellbeing of under-11s.

Research conducted by Youth Sport Trust shows that a 89% of girls do not meet the required level of activity, which can lead to poor physical and mental health.

The ‘Bee Netball’ programme aims to increase participation in netball, help young people make friends and develop key social skills. It will be introduced throughout schools, netball clubs and local communities across the country.

To launch the programme, England Netball hosted a pop-up court at Liverpool One, so that children from local primary schools could test out Bee Netball for themselves and meet members of the Vitality Roses, England’s senior netball team.

Joanna Adams, CEO at England Netball, said: “We are so excited to reveal this programme for under-11s, which will hopefully encourage children of all ages to take up netball and get active. Research shows that children across the country are not getting enough physical activity each day – we are very passionate about changing that!

“We felt that now was the perfect time to launch this fantastic initiative with Liverpool hosting the Vitality Netball World Cup in just over two weeks’ time. It is going to be a huge summer for the sport and we hope this tournament will also help to inspire young people to take part.

“With it also being the Youth Sport Trust’s National School Sport Week, we knew it was also a great opportunity to get influential people in one room to talk about the importance of sport in schools. I’m looking forward to hearing what everyone has to say during our panel discussion.

“I want to thank everyone who has helped make Bee Netball come to fruition, and hope that people will continue to help try and make PE a core subject on the school curriculum – it is more needed than ever before!”

Schools, clubs and local communities that sign up to host Bee Netball will be given a range of resources such as activity cards and a special ‘Bee ball’, designed to capture children’s attention. Children will also receive their very own Bee Netball pack to support their play and to build on the enjoyment they receive in sessions.