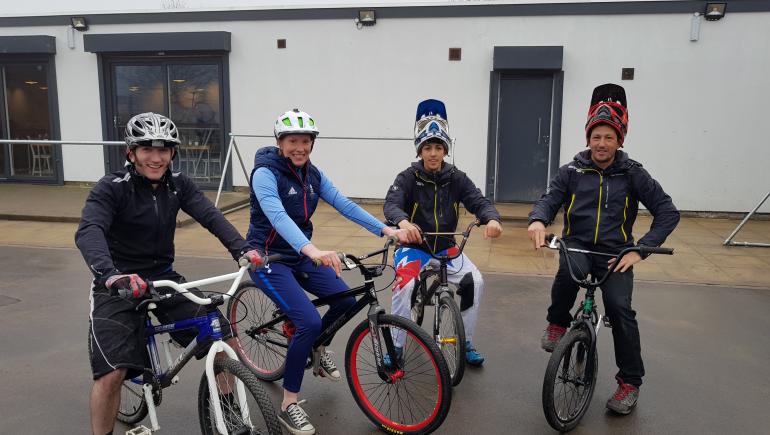 Sports minister Tracey Crouch has hailed the launch of the UK's first 'sport for social impact' investment fund and called on more entrepreneurs to use sport to improve mental and physical wellbeing.

Crouch visited the first recipient of a loan from the Sporting Capital Fund this week, the Leeds Urban Bike Park in Middleton.

Built on the site of a public golf course that was no longer financially viable, the venue features BMX tracks, mountain bike trails, a workshop, a classroom and a cafe.

The venue itself has been funded with grants from British Cycling, Leeds City Council and Sport England, but the support from Sporting Capital has allowed its operator Cycling Pathway CIC to develop a business model to keep access to the site's tracks and trails free of charge - a major consideration for an economically deprived part of the West Yorkshire city.

It is an idea Sporting Capital would like to replicate elsewhere and it is looking for up to 30 projects to fund with loans of around £100,000 over the next three years.

Crouch said: "This is an amazing example of everything we are trying to see with the Government's sports strategy. It’s not just about government funding, it’s about different partners trying to deliver something that is substantial but also sustainable.

"Who doesn’t enjoy riding around a place like this? You’ve got all ages here, men and women, and it’s a great way to get people participating in sport.

"Sport England uses Government money to get facilities like this off the ground but what you’ve got to do is get the right business plan in place. In the past we’ve seen venues established with lottery funding that didn’t have the right plans.

"People like Sporting Capital are here to help venues make sure they are sustainable. But it's not just about the sport – it’s a community asset. That’s something we were trying to achieve with the sports strategy because I believe simply being engaged in sport is good for your physical and mental well-being."

The Sporting Capital Fund was created by Sporting Assets and its co-founder Richard Speak said he wants to collaborate with community sports groups across England.

"Sport can make a real impact in communities, not just in helping people to get physically fit but in terms of mental wellbeing and tackling loneliness, building links across communities and creating local jobs to name but a few of the benefits," said Speak.

It was a message echoed by British Cycling's chief executive Julie Harrington, who added: "British cyclists have won an incredible number of titles and medals on a global stage, truly establishing us as a superpower of the sport.

"However, it's always been of paramount importance to us that this success inspires increased participation – more people on bikes means a fitter, healthier and greener nation. Investment into facilities like this is part of our commitment to providing opportunities for everyone to cycle, regardless of age, experience or ability."

Developing your organisation: Products and services

Criminal justice: 5 projects proving the benefits of boxing
SIGN UP FOR THE CONNECTSPORT NEWSLETTER