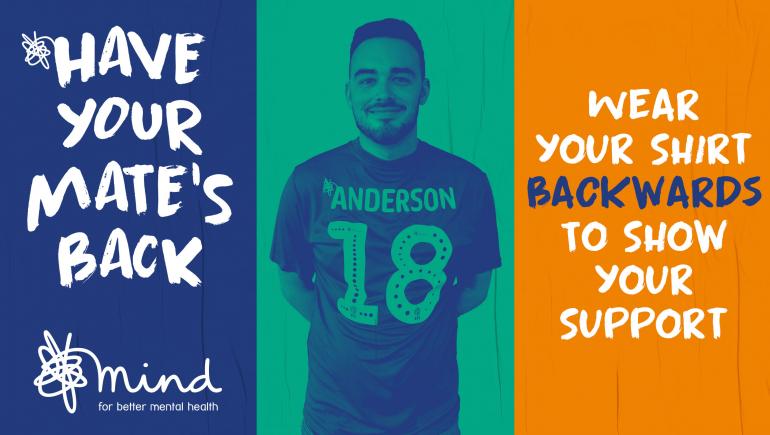 As part of its partnership with the English Football League, the national mental health charity Mind has launched a new campaign called ‘Have Your Mate’s Back’.

The aim of the campaign is to raise awareness of mental health amongst football fans and specifically to encourage them to look out for their mates - particularly if they think they might be struggling.

Mind is asking football fans, players and clubs to get involved by wearing their football shirts backwards and sharing photos online with messages supporting the campaign.

Hayley Jarvis, Head of Physical Activity at Mind, told ConnectSport: “One in four of us will experience a mental health problem in any given year, so it is really important for us to look out for each other through the ups and downs of life.

“The campaign forms part of Mind's charity partnership with the English Football League (EFL) which is already bringing about real change in the way football tackles mental health. Join us in showing that you have your mate's back and help us raise awareness about mental health and the support that Mind provides to ensure that no-one faces a mental health problem alone.”

To support the campaign, tag @MindCharity @EFL and your local EFL football club, and challenge them to do the same. Include #HaveYourMatesBack #OnYourSide in your message.