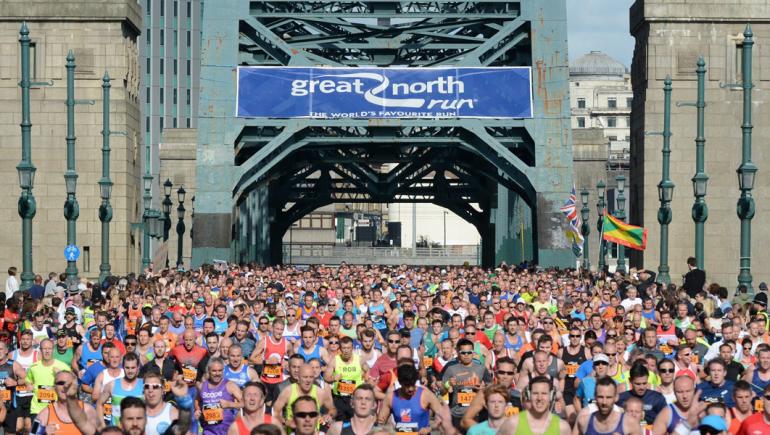 Made By Sport partners with Great Run

Made by Sport will unveil its first event partnership at the Great North Run this weekend.

The national campaign was launched by HRH Duke of Sussex and boxers Anthony Joshua and Nicola Adams earlier this summer, and will work in conjunction with the Sport for Development Coalition over the next four years to raise funds to support young people from disadvantaged communities across the UK.

Now it has been announced that Made by Sport will partner with Great Run, the organisers of Sunday’s Great North Run in Newcastle and Gateshead.

A campaign spokesperson said: “Made By Sport is excited to be entering into a unique partnership with Great Run. This weekend we will launch a year-long campaign building through to next year's 40th Great North Run which has an ambition to raise £2million to improve the lives of young people in the North-East through sport.

“The partnership will be launched at this Sunday's Great North Run and will be a key part of the countdown to the 40th Great North Run as Great Run and Made By Sport build a legacy for community sport in the North-East through this landmark anniversary of the world’s most iconic half marathon.

“Currently over 130,000 young people in the North-East live in poverty with those from disadvantaged backgrounds half as likely to participate in sport regularly. It is intended that funds raised will be targeted at support existing organisations who are using sport to change lives in the region.”

England footballer Jill Scott, who was born and raised in Sunderland, will help to launch the partnership on Sunday.

RDA call for volunteering on prescription

Rovers 'stand up' for abuse victims

Call for articles: New monthly themes announced
SIGN UP FOR THE CONNECTSPORT NEWSLETTER