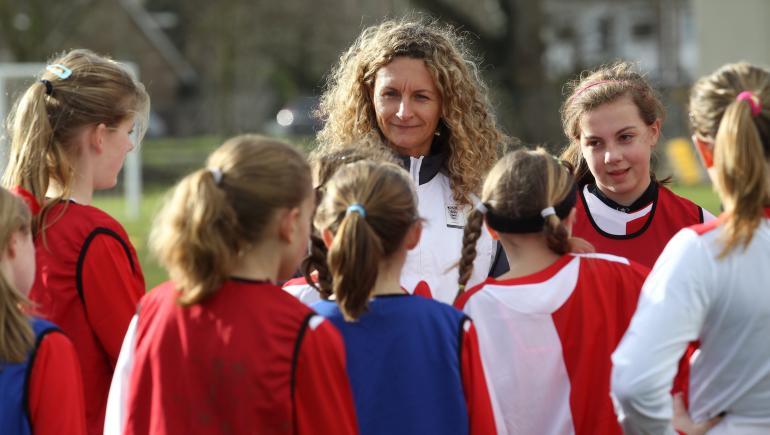 London Leopards, a new football scheme launched by the London FA, is to recruit and train 100 new female coaches across the capital.

Backed by £200,000 of funding from the Wembley National Stadium Trust, the four-year project aims to have female coaches in place to deliver fun football introduction sessions to 1,000 seven to 11-year-old girls.

The project is supporting the national FA's strategy to double participation in women's and girls' football by 2020. It also aims to address statistics that show just 7% of football coaches in London are female by actively promoting free coaching courses and creating the right environment for women to flourish in coaching.

One hundred women will go through their Level 1 qualification and be provided with opportunities and support to deliver special London Leopards sessions, which engage girls aged seven to 11 who are new to football in a fun and relaxed atmosphere.

Lisa Pearce, CEO of the London FA, commented: "The London FA is launching this new initiative as part of our wider drive to engage more women and girls in football across London and enrich their lives as a result. It’s no secret that there is a huge disparity in sport and physical activity levels between boys and girls. In London specifically, 88% of boys between the ages of 14 and 15 play football, compared with just 35% of girls. We hope that by introducing the sport to girls at a younger age in a fun and sociable way, delivered by female coaches, these gaps will start to close as they reach teenage years.”