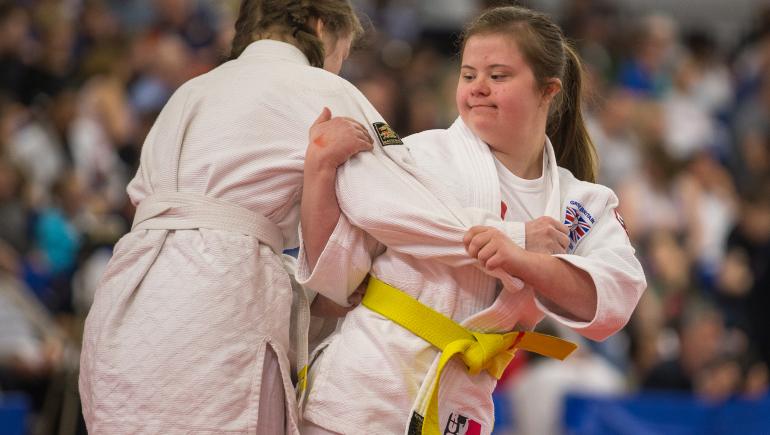 London has been named as host city for the first ever Intellectual Disability (ID) European Judo Championships in August.

The competition is part of British Judo's efforts to improve the adapted version of the sport across the UK and British Judo's Adaptive Judo lead Kerry Tansey, who headed up the bid, called the news "amazing".

She said: “Small steps are being achieved in recognition for our athletes on the world and European stage. This is an amazing opportunity for us to host the event following the success of the IJF World ID Championships in Cologne in October 2017.

“Everyone involved within the working group to make this opportunity happen have to be commended for their dedication, patience and perseverance. Special thanks to Jane Bridge-Charlot (Britain's former world champion who is Vice President of the EJU) in supporting us too.”

EJU president Sergey Soloveychik added: “Judo is considered to be one of the most valuable sports for athletes with intellectual disability and I am positive that the Championships in London will become an important milestone for judoka from many nations.

“I am also convinced that the event in London will be a great success and a very positive step towards the inclusion of ID into the judo sporting environment.”

The 2018 Intellectual Disability European Championships will be held at the SportsDock on the University of East London's Docklands Campus on August 23-24.

Saints alive! Why Southampton FC's Foundation is flourishing
SIGN UP FOR THE CONNECTSPORT NEWSLETTER