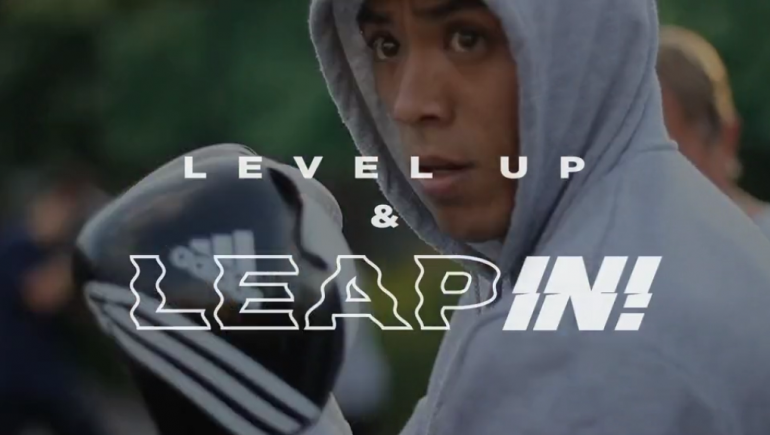 Sported have launched a campaign aimed at encouraging young people from lower socio-economic groups to get involved with their local community clubs.

The ‘LEAP IN’ campaign will run for three weeks and focus on a selection of the 2,600 community clubs that Sported supports, calling for local community members to use this year’s leap day on February 29 wisely and try something new.

Research demonstrates that people in lower socio-economic groups are much more likely to be inactive – in other words, do less than 30 minutes of moderate physical activity a week – with children from the poorest families three times more likely not to participate in any extra-curricular activities compared to those from wealthier families.

The campaign features spoken word and rap lyricist Emmanuel Speaks, and draws upon inspiration from trending music videos and gaming graphics. It focuses on cost, accessibility and lack of confidence as key barriers to entry for physical activity for low socio-economic groups.

LEAP IN, which has been created in partnership with the digital agency WePlay, will be activated across multiple social platforms throughout participating regions of the UK, and focus on specific postcodes to raise awareness of local club initiatives. The agency say this will help to achieve the campaign objective of increasing event registrations and club attendance.

Nicola Walker, CEO of Sported, said: “We hope by signposting young adults in deprived areas to community groups already in existence we can overcome some of the barriers to participation and see activity levels increase.

“Having WePlay as a partner has been invaluable to the process of curating the right message/creative and targeting the correct audience.”

Luca Massaro, CEO for the agency, added: “WePlay is incredibly proud to partner with such a fantastic charity in Sported.

“This campaign has been developed specifically to combat the challenge that communities are facing up and down the country. We all know the power that social media can have and are excited to be able to support Sported with the delivery of such an important message.”

Sported is one of the UK’s largest networks of Sport for Development organisations, delivering free professional support to grassroots sport clubs and youth groups. To find out more, visit its page on the ConnectSport directory.