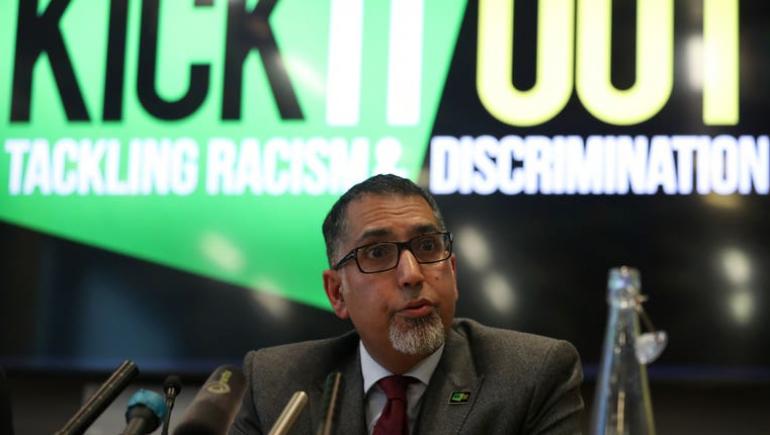 Kick It Out can help 'create sustainable change' - Chair

The Chair of Kick It Out says the campaigning organisation is determined to build on the momentum achieved across wider society over the last year and create “sustainable change” in football.

Sanjay Bhandari was speaking after the organisation, which campaigns against discrimination and inequality in the sport, launched its new three-year strategy. The strategy describes how its programme delivery will now fall under three main pillars: (i) advocacy and reporting; (ii) guidance and education; and (iii) talent.

Initially conceived as a campaign in 1993, Kick It Out remains focused on serving under-represented and minority groups in football, from grassroots to the Premier League.

From racism to homophobia, discrimination continues to dog the game, and Sanjay said: “There is much to be done, but we face the future excited about what we can achieve together with our partners in football.

“The movements created after the death of George Floyd have created reflection and generated initial momentum for a wave of change across many industries, including football. Our job is to build on that momentum and help create sustainable change over the coming years.”

During this strategy, which will run until 2024, Kick It Out says it will create change by building more partnerships and delivering programmes that are scalable by design. Scalability will be achieved as programmes will be data driven and technology-enabled to lead the football industry in transparency reporting around discrimination and inclusion issues.

Advisory Boards will be created to support the evolution of its strategic priorities, and a series of Working Groups around specific issues will be introduced. A ‘Hate Working Group’ which includes key football stakeholders, plus social media platforms such as Facebook and Twitter, has already been created, with an Antisemitism Working Group and South Asian Action Group to follow, with the latter aiming to address the under-representation of South Asians in football.

“Football has a unique ability to bring people together and create cohesion,” Sanjay added.

“We enter a new phase of our story with a refreshed team, and we are excited about the change we want to deliver in a divided society - we need to capture that spirit and make football a beacon of change. Football belongs to everyone.”

Visit the Kick It Out page on the ConnectSport directory. To add your organisation for free, email hello@connectsport.co.uk.

Coronavirus: Support for the sector

The projects fighting to get girls active

Support for young people more crucial than ever, say charities

Chair: I want to be role model for young women
SIGN UP FOR THE CONNECTSPORT NEWSLETTER