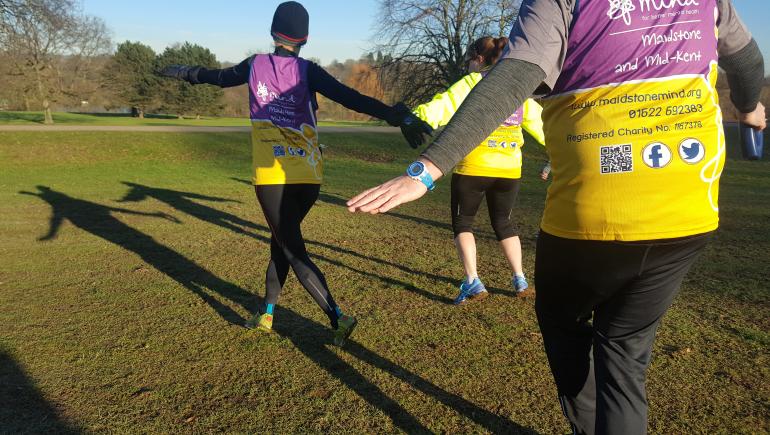 Sport England this week pledged £1.5million to encourage people with mental health issues to join sports clubs, gyms, or take up a new sport. Deborah Hope is one woman who can vouch for the impact this funding will have.

The announcement follows a successful pilot in 2016 run by the mental health charity Mind. One of the projects which received financial support was 'Running For My Mind', in which coach Hope led a weekly running club for people with mental health issues in Maidstone and mid-Kent.

"Myself and a volunteer run alongside our service users, talk to them, encourage them and tell them how great they're doing," she told ConnectSport. "We remind them how they felt at the beginning when they could hardly breathe after a minute of running. It's about constantly reinforcing to them how far they have come."

The scheme was initially awarded £3,900, helping them to support 30 people aged 15 to 70 who were participating in a weekly run for 12 weeks, culminating in a 5km Parkrun. Since then, the project has expanded and blossomed.

"The aim was for them to join us, build their confidence and resilience and get them to a stage where they found that spark to progress with their running elsewhere. We've had loads of examples of people achieving that, losing weight and catching the running bug," said Hope.

"I am trained in mental health and we have two Mind staff members who come along on the runs. Running generally makes you more relaxed and you end up talking about all sorts of things on your way around. Those members of staff often find the service users opening up and talking about things that are going on in their lives.

"Most of the time when people do come, they start off with a negative attitude, but at the end they feel fantastic and they've almost no need to talk to anybody, they've just had a really great time.

"My big trick is not to wear them out. I don't want them to finish the day thinking, 'I can't do that again!' I want them to feel like they can still do more, because that encourages them to go out on their own or with other groups before coming back to me next week.

"When people are depressed they do tend to isolate themselves, but running, swimming or cycling clubs not only give you exercise opportunities that make you feel good, they allow you to socialise and build friendships with like-minded people with whom you have so much in common."

Mind's national pilot scheme, called 'Get Set To Go', engaged more than 3,500 people in physical activities ranging from football, badminton and walking to gym sessions and boccia. It was supported by Sport England and the National Lottery.

Research undertaken on its results showed participants felt “significantly more supported” to engage with physical activities and had increased the number of days on which they took part in physical activity by 1.3 days on average.

They also felt it improved their resilience and their ability to deal with anxiety, panic attacks, and even suicidal thoughts.

The £1.5million extension of 'Get Set To Go' could reach up to 2.8million people with mental health problems and will train 30,000 physical activity staff and volunteers to offer better support.