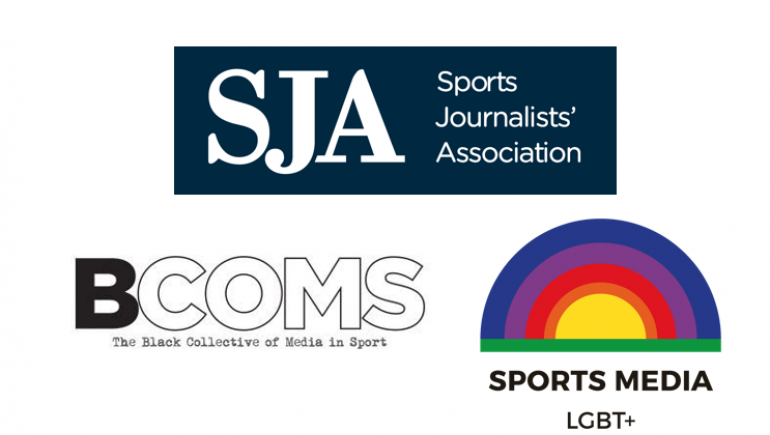 Three of the UK’s leading sports journalist organisations have announced their support for ConnectSport.

The official Sports Journalists’ Association (SJA), BCOMS (the Black Collective of Media in Sport) and Sports Media LGBT+ have given their backing to the website which champions the concept of sport for social change.

Also known as ‘Sport for Development’, this is a relatively young industry which focuses on the use of sport and physical activity to generate social outcomes which benefit individuals and communities. These can range from improving physical and mental health and wellbeing, to tackling crime and unemployment, and increasing social integration.

The industry also seeks better representation, both in terms of active participation and within the administration of sport, for under-represented groups such as disabled people, women and girls, and the BAME and LGBT communities.

Launched in March 2018, one of ConnectSport’s key objectives is create a workforce of reporters and media professionals which reflects and represents these groups, which is why it is partnering with organisations committed to increasing diversity within sports media.

Simon Lansley, founder of ConnectSport, was Sports Editor of the UK’s national news agency, The Press Association, before moving into the Sport for Development sector in 2011. He said: “When you look at the stories which ConnectSport is covering every day, sport really is playing a crucial role in helping to build a stronger, more cohesive society.

"With the help of the SJA, BCOMS and Sports Media LGBT+, we’re really excited by the prospect of creating more ‘Sport for Development’ journalists and communications professionals so that we can tell even more stories about how sport is generating positive social change in our communities.”

Andy Elliott, Co-chair of the SJA, said: “The SJA is delighted to support ConnectSport in its aims. We recognise that the Sport for Development sector is becoming increasingly important in society generally and is something which is creating opportunities for journalists too.

“It is a sector which is expanding and demonstrating the power of sport in our communities, and needs a diverse journalistic workforce to represent it.”

Founder of BCOMS, Leon Mann, said: “The sports media is a long way away from being reflective of the communities we live in or the athletes we watch. BCOMS research in 2016 underlined this to the industry, where we found worryingly low levels of BAME people and women working in the industry.

“We believe we will help to address this - and see better representation in the future - by working in partnership with forward-thinking individuals and organisations such as ConnectSport.”

“ConnectSport's important work in making the media accessible to community groups will ensure even more voices are heard, and we welcome the opportunity to share their stories through our network connections.”

To find out more about the SJA or become a member, visit www.sportsjournalists.co.uk

To find out more about BCOMS, visit www.bcoms.co

To find out more about Sports Media LGBT+, visit sportsmedialgbt.com