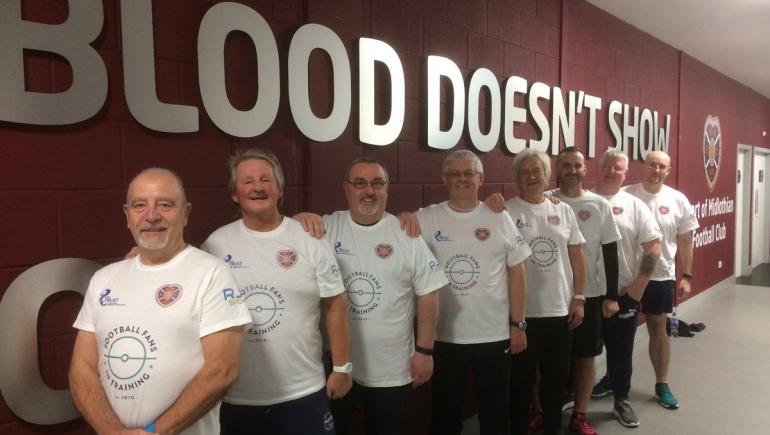 Hearts Football Club have announced a new twist on the ‘Football Fans in Training’ (FFIT) programme which will aim to get fathers and kids active together.

In partnership with the SPFL Trust, the Edinburgh club’s community team have delivered the popular FFIT scheme for more than seven years – helping supporters get fitter, lose weight and feel better.

Now the Universities of Stirling, Glasgow and Bristol have developed a further scheme to target men who are fathers, or father-figures, to children aged seven to 11 years old, and enable them to take part in a four-week programme together.

‘FITTer Families’ will encourage kids to also get more active, cut down on junk food and screen time whilst having fun at the football club.

The first programme will follow the next FFIT course which is aimed at men aged 25 to 65, who have a BMI of 30+ and who are actively involved in looking after children in their family. Starting on February 25, it will last for 13 weeks before children are invited to join their fathers for the additional four weeks afterwards.

Hearts' Head of Community, Alan White, said: “Previous course participants have made a real difference to their lifestyles and their waistlines by signing up to the programme which is growing in popularity. Not only that, they have continued to be active by organising their own activities once the courses have come to an end.

“What better motivation is there to lose weight and get fitter than spending 13 weeks at Tynecastle Park.”

Coronavirus: Sport England to provide pandemic package
SIGN UP FOR THE CONNECTSPORT NEWSLETTER