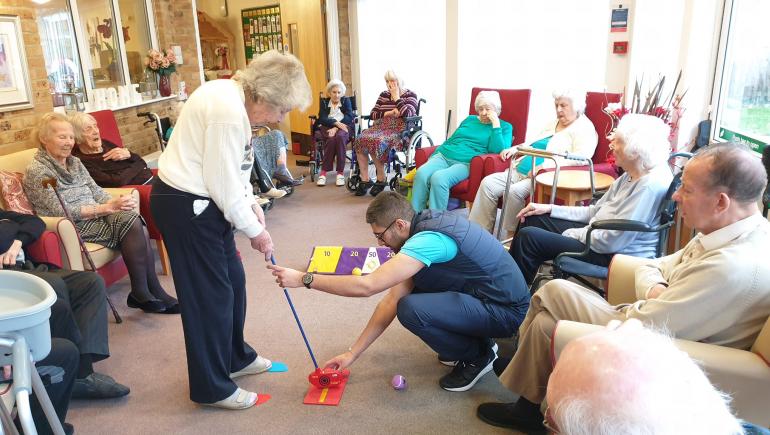 The Golf Trust is aiming to grow its innovative care home golf project across the country after it won the 'Sport Unites' category at the fifth annual London Sport Awards.

The category was created in 2019 in association with the Mayor of London, and aims to recognise and showcase the work of organisations using sport and physical activity to improve social integration and community cohesion across the capital.

The Trust was chosen as 2020 winner for using golf to inspire, empower and improve the wellbeing of older adults living in care homes and sheltered housing across London. 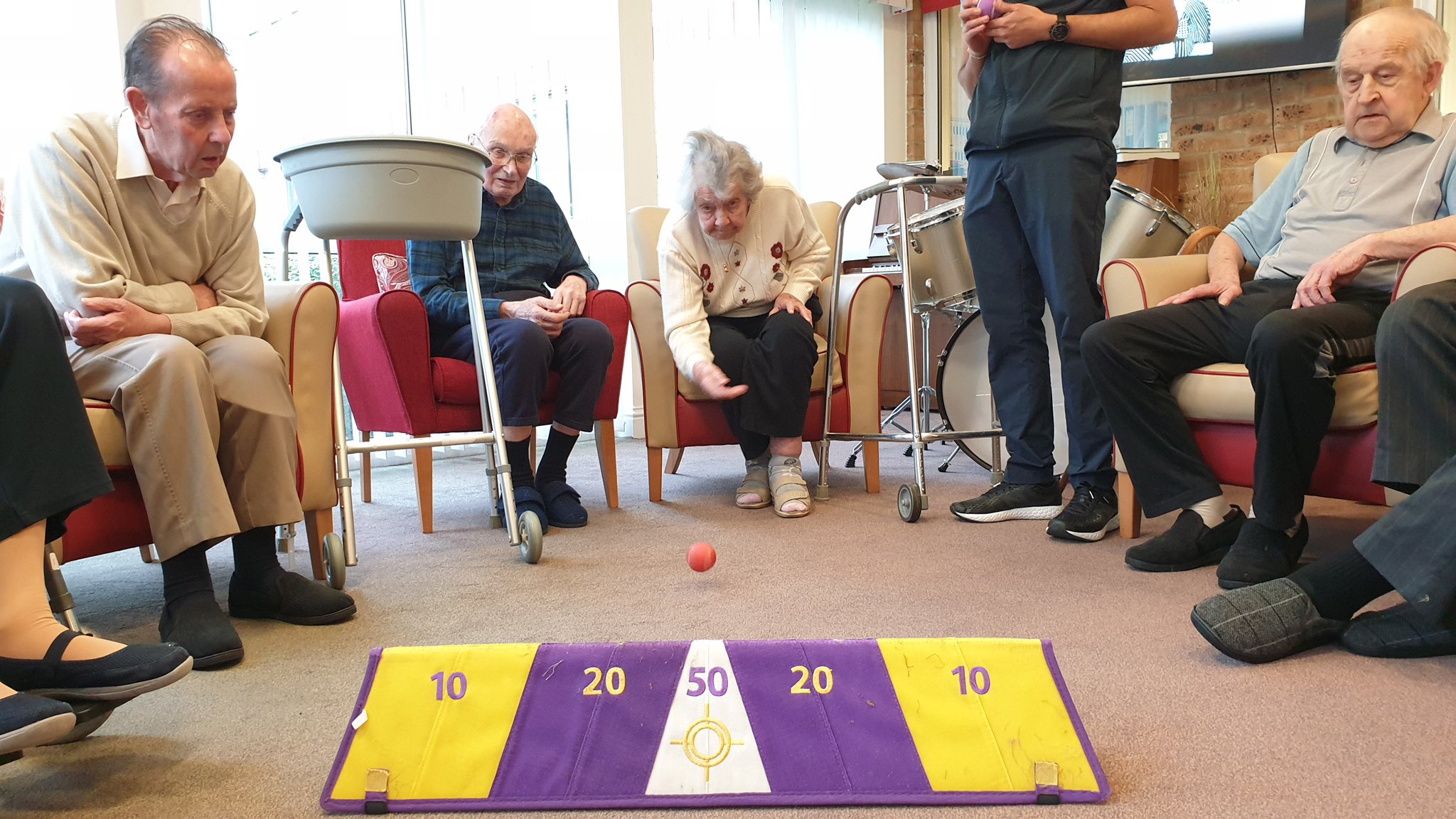 “The primary goal was to increase activity levels, and subsequently we found increased communication, increased wellbeing, increased appetite, and an improved social relationship between the carers and the people being cared for. As the projects went on it developed into something really special; there was a stronger bond and an ability to interact over a common goal.”

The Trust provide qualitative evidence of the programme’s impact, including interviews with carers and residents.

“It’s not always easy to quantify,” says Cae. “But the main thing is that we communicate with the people who are there seven days a week. This programme was funded for 10 months in London - in 10 boroughs across London and we have seen over 1300 participants - and on the back of that we had a separate pot of funding which was for Hertfordshire and Middlesex as well.”

The care home project is one strand of work for the Trust, which also runs a disability programme which is focused on autism, thanks to a partnership with Ernie Els’ charity ‘Els for Autism’. 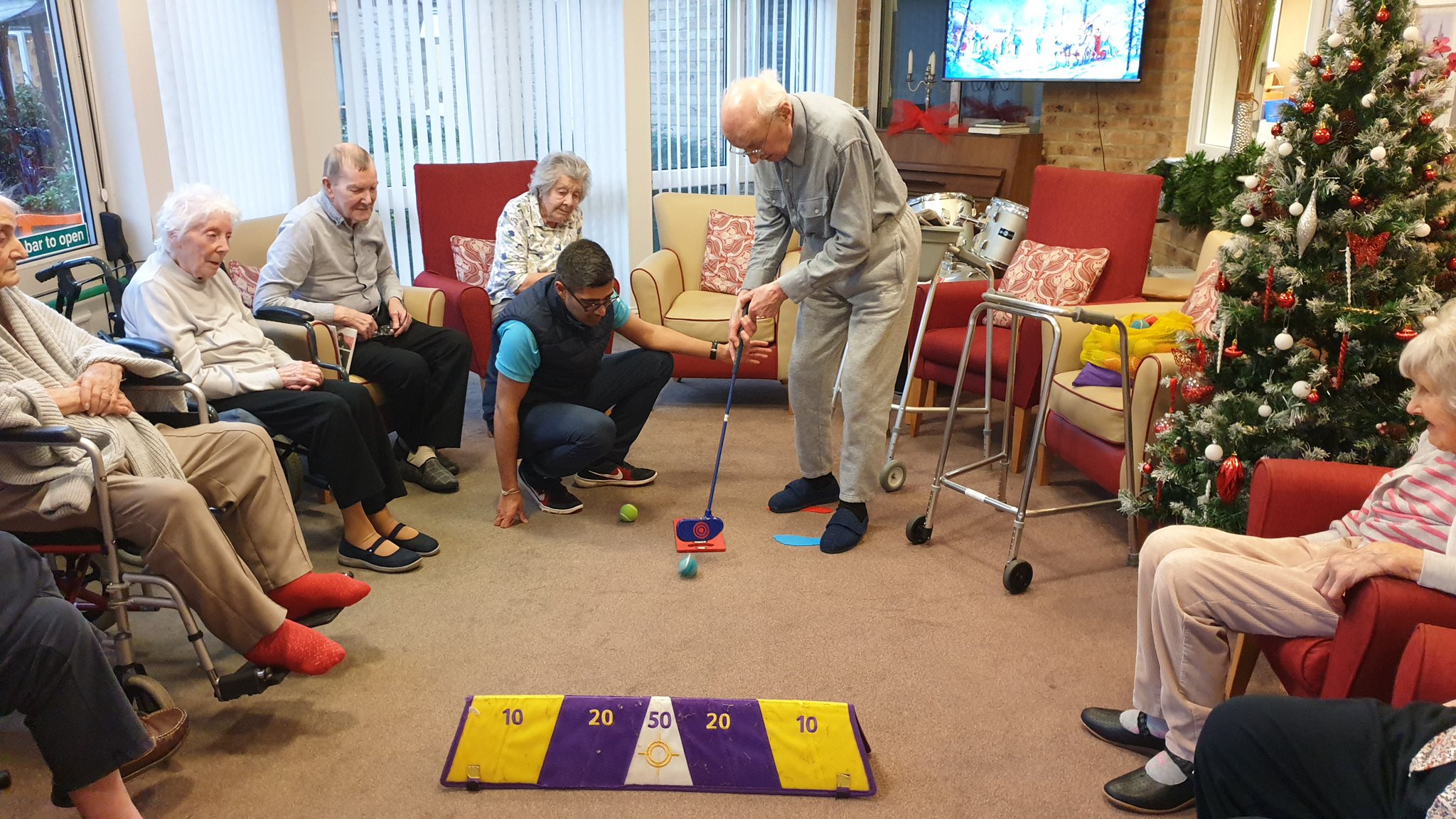 “We use golf to enhance people’s lives through activity and building relationships,” Cae explains. “But I have never seen anything like this care home project and our aim now is to find a corporate partner who can help to support it for two or three years, and grow it across the UK. It’s too big an opportunity to waste! This award validates what we have been doing.”

Cae admits that sometimes the perception of golf as an expensive, outdoor sport can be a barrier when it comes to engaging with care homes.

“With golf you are often fighting an uphill battle because of the perception of the game, but really it’s just a way of getting people communicating and more active. We use over-sized club heads, nets and Velcro targets, and even skittles.

“To begin with it can just be rolling the ball, then holding the club and building up strength, balance and co-ordination. In one session, you sometimes see the whole transition of one person – from sitting down and rolling the ball, to throwing it in a basket, to being assisted to stand for 10 seconds, to hitting a putt at a target.” 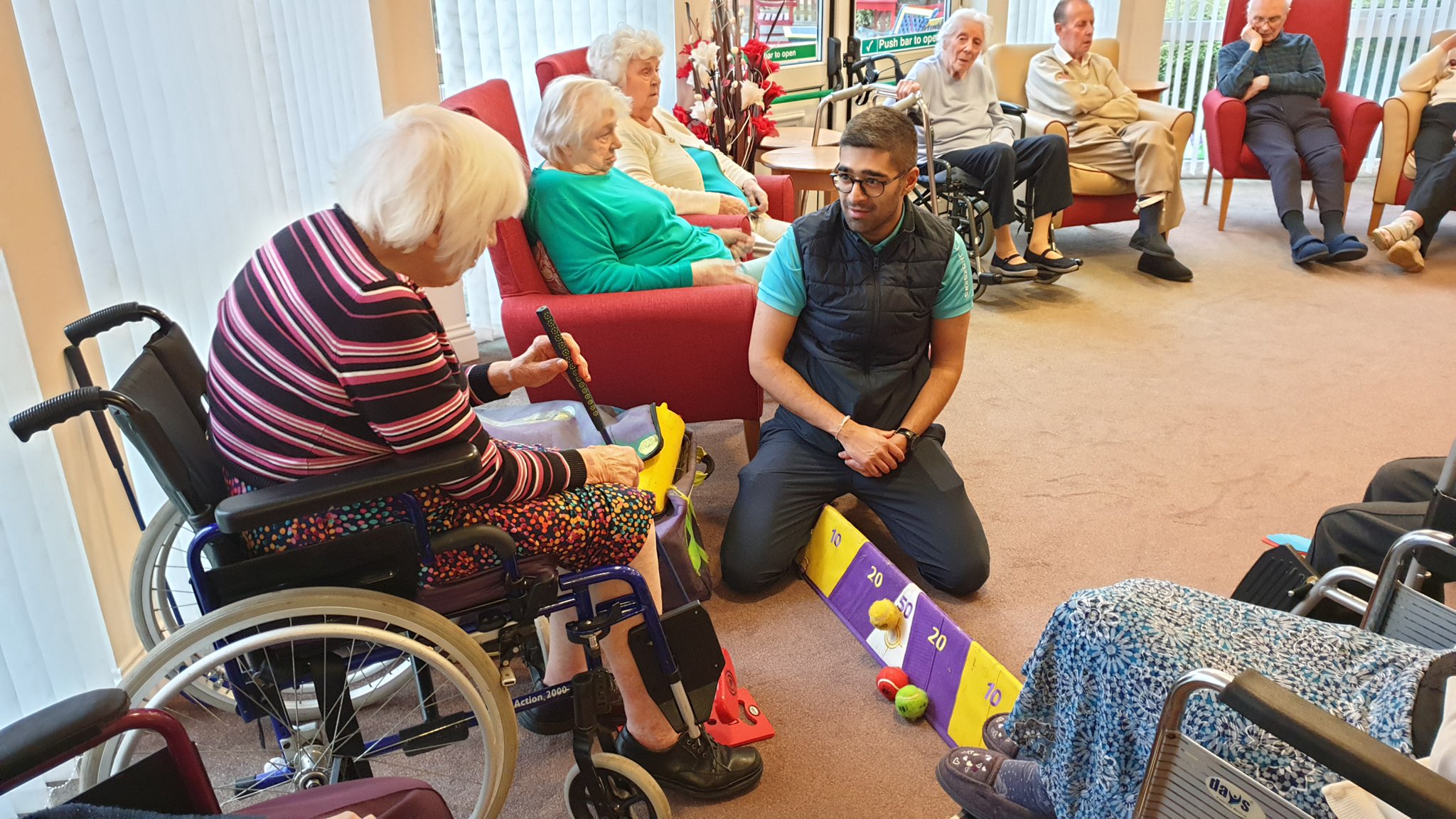 The Trust, which was shortlisted for the award alongside Ebony Horse Club and Time Out Together, was one of 10 winners on the evening at London’s Guildhall. Read more here.

Other highlights included Carers4Carers receiving the Community Impact Award for their work in Lambeth improving the physical and emotional wellbeing of unpaid carers.

Volunteer of the Year went to Nafisa Patel who has taken cricket into new urban environments including faith and community-based settings before running the ECB’s first female-only All Stars session. And Hestia’s Family Fitness Project collected The Children and Young People Award for their work supporting children and families impacted by domestic abuse and modern slavery through sport.

Tove Okunniwa, Chief Executive of London Sport, said: “The fifth London Sport Awards has, as ever, left me incredibly inspired and proud of the grassroots physical activity and sport sector in London. The stories that we heard from our 10 winners throughout the Awards ceremony were incredibly moving and will resonate with people across the whole of the capital.”

Find out more about the Golf Trust on its page on the ConnectSport directory. To add your organisation for free, contact hello@connectsport.co.uk.