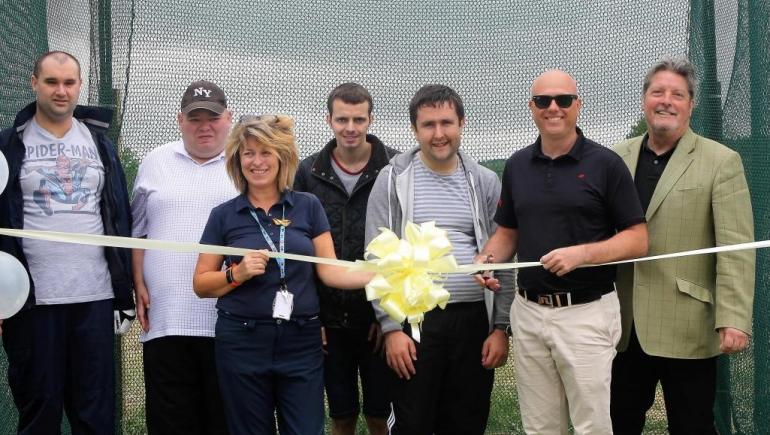 The 300-yard range, together with driving nets, has been set up by the North East Autism Society (NEAS) at New Warlands Farm, near Burnhope. A par-three hole, bunker and putting green are to be added soon.

It is the result of an initiative by keen golfer Sharon Cotterell, who works at the farm as Programme Support Worker.

The project has secured Sport England funding to enable regular coaching for autistic adults, and has received advice and support from Ernie Els’ foundation Els for Autism on its design. 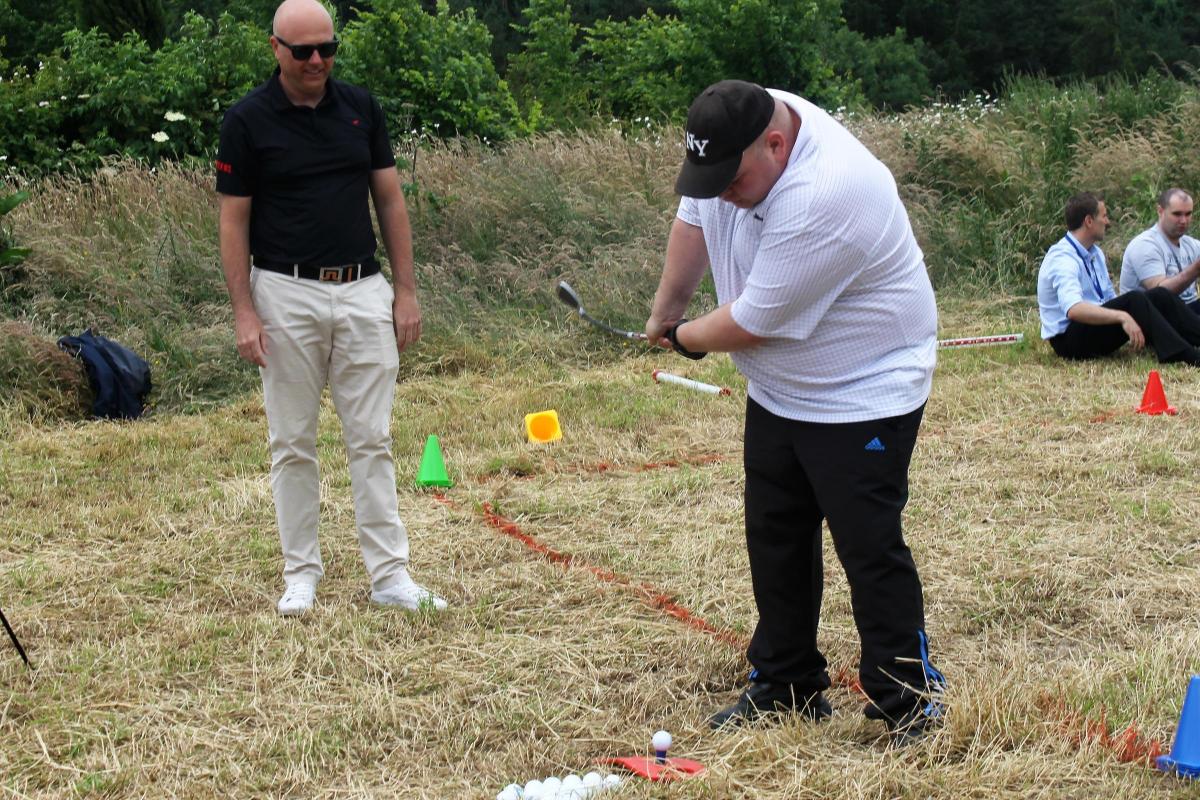 Hartlepool-born Storm, who this week spent time giving coaching tips to autistic adults practising on the range, told the Northern Echo: “This is an amazing opportunity for people who wouldn’t normally get the chance to play golf to be out in the fresh air hitting golf balls.

“Sharon has done a fantastic job and it is truly life-changing for the adults taking part. It will be fascinating to see it develop over the next year.”

Sharon said: “This is just the bare bones – just the beginning of a dream. I can’t believe that it’s really happening.”

Since starting on the coaching programme, Stevie has become obsessed with golf, playing three times a week and practising his putting on a machine at home.

“Stevie is non-verbal, and we’ve tried everything to get him interested in something, including kites, bowls, remote-controlled boats. But it’s as if he was born to play golf – he gets so much joy out of it and his confidence has gone through the roof.”

NEAS chief executive John Phillipson said: “We are constantly looking to see what inspires and motivates people with autism and other neurodiverse conditions, and Sharon has done a wonderful job in driving the golf project forward.

“It has been the key to unlocking an interest for people we care for, and there are so many spin-off benefits from playing golf, such as communication, confidence-building and social interaction.”