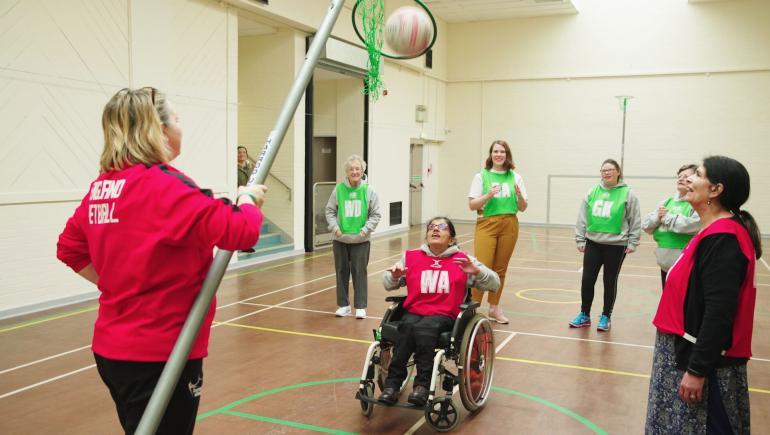 Get Out Get Active: New funding supports expansion

More inactive people in 21 locations across the UK are set to be supported by the ‘Get Out Get Active’ (GOGA) programme after its funding was increased to £5million.

In September 2019, the programme’s founding funder, Spirit of 2012, awarded a further £3million to GOGA across the UK, with Sport England also investing an additional £1million into locations in England. Now London Marathon Charitable Trust has revealed its £1million grant investment into the scheme.

GOGA began in 2016, and was created by Activity Alliance along with a range of partners to bring disabled and non-disabled people together to be active. It engages the least active communities in fun, inclusive ways, and thanks to the new funding is set to continue until at least 2023.

The programme prides itself on strengthening community spirit, increasing confidence and improving mental health, while it also increases the demand for, and the accessibility of, activities. These may be provided by local authorities, sports clubs or the voluntary sector. The key factor behind GOGA’s success has been tapping into people’s real-life motivations to be physically active.

Initially there were 18 locations across England, Scotland, Wales and Northern Ireland, who together engaged an 20,000 people. Commencing in April 2020 for three years, phase two will have 21 locations, as follows:

By 2023, GOGA is aiming to have reached over 40,000 individual participants, with at least four in 10 remaining active. Organisers say it will have engaged the support of 1,500 volunteers, and supported 2,500 volunteers and paid staff’s training.

Activity Alliance to ‘change the reality’ of disability sport