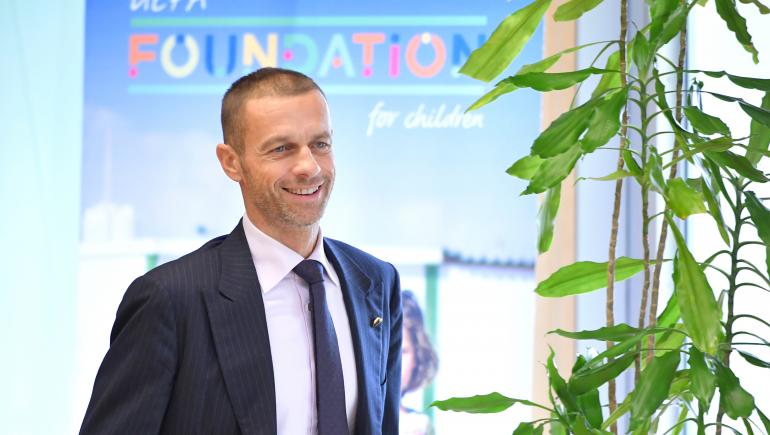 Next week UEFA will stage its 2019 Equal Game Conference in London, supported by The FA and Fare network. The #EqualGame campaign shines a light on work being done to tackle discrimination in football, and sits alongside UEFA’s extensive Sport for Development work. Ahead of the Conference, ConnectSport spoke to UEFA President Aleksander Čeferin about the UEFA Foundation for Children.

ConnectSport: Thank you for speaking to us, Mr Čeferin. When and why was the UEFA Foundation for Children set up?

President: "The UEFA Foundation for Children, which is a public body governed by Swiss law, was formally established in January 2015 and began operating in April 2015.

"UEFA's commitment in setting up this Foundation embodies a desire to reach out to those most in need by linking the fundamental values of the UN children’s rights convention and those of football – like respect, fair play and team spirit – into opportunities for children to improve their lives. We are acting to guarantee them a better future, because the children of today will be the society of tomorrow.

"UEFA Foundation for Children uses sport, and in particular football to support humanitarian projects in areas such as health, education, integration and access to sport." 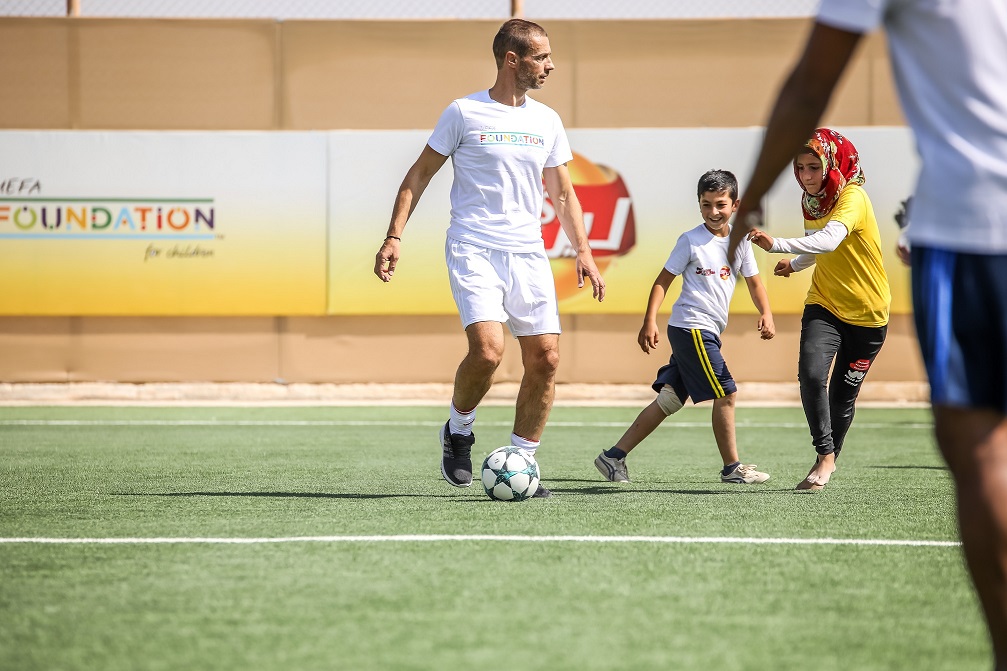 Every year the Foundation issues a call for new applicants for the fund, with 45 new projects supported in 2018 alone, and 180 since 2015. What are the criteria for successful applicants?

"We have institutional criteria: 1) the partner must be recognised and registered by the authorities of their country; 2) their financial report most be audited and public, and; 3) their must respect the values and principles of the Foundation’s ethics code.

"And we have project criteria: 1) the beneficiaries must be children; 2) 50% should be girls, and; 3) the project should not aim to train and promote new talents. The project must be sustainable and therefore involve and empower local communities to assure the follow-up of the project even after our support.

"After a strict selection based on these criteria, the final decision is taken by the foundation’s board of trustees."

How do you monitor the implementation and impact of these projects, and what is the return on this investment for UEFA?

"The Foundation finances the projects in several instalments and, before each payment, asks for an activity and financial report. In addition, we monitor the project on-site; we meet the partners, check the activities and make reports.

"The UEFA Foundation for Children is a corporate foundation and we are in a very privileged position because UEFA competitions generate a lot of income thanks to its activity for football. The Foundation’s support is a way to give back to the community and especially to those children whose rights are denied.

This seems to be part of a wider movement by governing bodies, and the world of sport in general, towards more ethical and sustainable standards. Other examples include the recent development of the Centre for Sport and Human Rights (also supported by UEFA) and the incorporation of UN Guiding Principles of Business and Human Rights, into statutes and Host City Contracts. Do you feel this shift has been fairly portrayed by the mainstream media?

"Elite sport is a lucrative business and the media tend to report on sellers’ topics. You rarely see in the media stories of the excellent daily work being done through football by foundations, organisations, leagues or clubs. To report on our activities is a daily challenge for us.

"The Foundation seeks to show the will of the elite to watch the basic sport and the fundamental right to play for all."

The role that sport and physical activity can play in helping to achieve the Sustainable Development Goals - as part of the 2030 Agenda for Sustainable Development - has also been highlighted, with the UN calling for "further co-ordination" in December. To what extent are these goals and guidelines informing the Foundation's work?

"UEFA Foundation for Children aims to help children and safeguard their rights primarily in the area of health, education, access to sport, personal development and integration of minorities. The respect of the fundamental rights of children in accordance with the United Nations Convention on the Rights of the Child is the key philosophy in our daily work. The 17 Sustainable Development Goals of the UN are more global but similar. In each of the projects that we finance we aim to reach some of the goals of sustainable development.

"As an example UEFA and now the Foundation support a great project implemented in Oceania called JUST PLAY reaching around 250,000 children in the Pacific region. The objectives of this programme are: to increase the ability to make healthy lifestyles and to reduce the risk factors associated with non- communicable diseases like obesity or diabetes; to promote gender equality and change the perceptions of women among participants of their communities; to encourage social inclusion and promote a change of perception towards persons with disabilities.

"Thanks to the magic and popularity of football we are in a privileged position to help with breaking the circle of poverty, discrimination and exclusion of the most vulnerable; because the Foundation believes in the potential of every child."

To find out more, visit uefafoundation.org