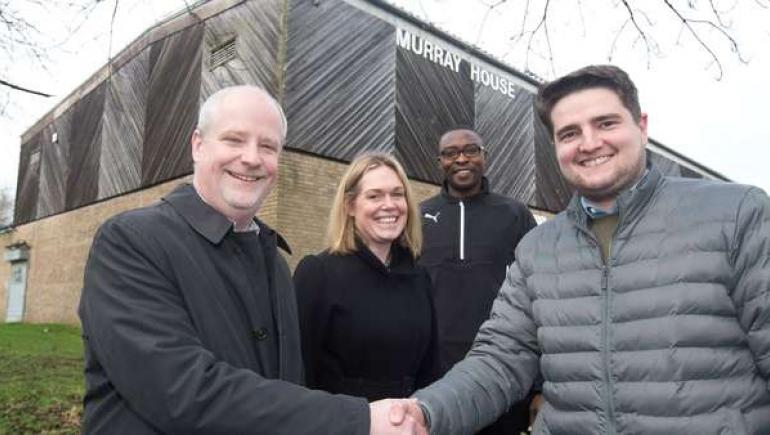 The Newcastle United Foundation has officially taken ownership of a city-centre building which is to be transformed into a new multi-million pound community hub.

The Foundation will demolish the current building before constructing a state-of-the-art centre for sport education, health and wellbeing in its place, dubbed ‘Project Pitchside’. A fundraising campaign is now under way to enable construction to commence.

As part of the event, business leaders from across the North East learned the scale of the economic and social impact that the club and its Foundation have on the region – including supporting over 2,000 jobs. Produced by global services firm EY, the Economic and Social Impact Report describes how the football club was responsible for £236million of the region’s GVA (gross value added) during the 2017/18 season.

During the same period, the Foundation invested £3.2million in delivering its programmes and generated £22.5m in community value – an impressive ratio of £7 in social impact for every £1 invested.

Since being launched a decade ago, demand for the Foundation’s projects has grown massively and in 2017/18, attendances at its community projects topped 58,000 – with more than 27,000 individuals attending at least one programme event or course.

Find out more about Newcastle United Foundation on its ConnectSport directory page. To add your organisation to the directory, contact hello@connectsport.co.uk.

Applications open for #GolfForGood funding
SIGN UP FOR THE CONNECTSPORT NEWSLETTER