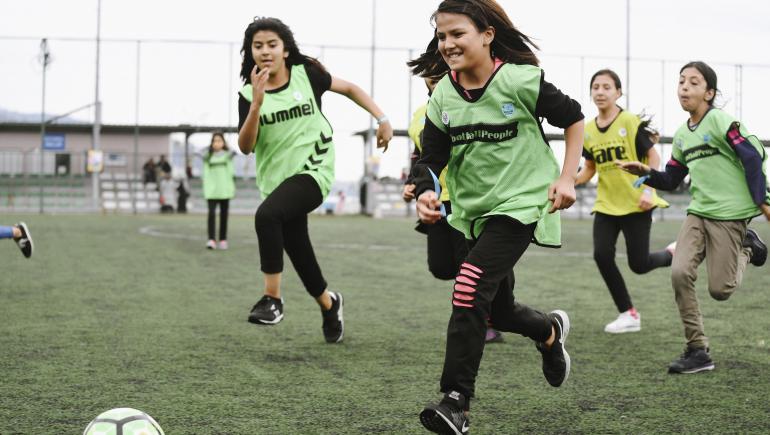 The 2019 campaign, which runs until October 24, will see more than 2000 events take place in Europe, Asia, Africa and Latin America.

Over 150,000 people are expected to participate in a huge range of activities across 60 countries and Fare’s executive director, Piara Powar, believes the campaign exemplifies football’s potential to drive widespread social change.

He said: “The Football People weeks provide a perfect opportunity for European football to come together to challenge exclusion and discrimination, and support inclusion and diversity.

“Anyone who is involved in football is invited to take part in the weeks, and to make an active contribution by organising activities. Last year over 150,000 participants were directly involved. Together, we can shape European football as an inclusive entity.”

Activities taking place over the fortnight include a French theatre production tackling violence, racism, homophobia and xenophobia around football stadiums; a street football tournament run by Swiss female football project Fussbelle and a tournament involving students and minority groups in Prague, Czech Republic. Outside of Europe, La Nuestra Futbol Femenino will create an open pitch for women to play on at ‘The National Gathering of Women Who Play Football’ in Argentina, while Nanjing University, China, is hosting a Q&A event discussing how football can be used to address gender inequality and sexism. A full list of events can be found here.

The Fare network – formerly Football Against Racism in Europe – was established in 1999 to tackle discrimination in football in all forms. It currently has more than 150 members spanning almost 40 European countries and its members include NGOs, fan groups and amateur and grassroots clubs.

Further information about #FootballPeople can be found on the campaign’s homepage here.