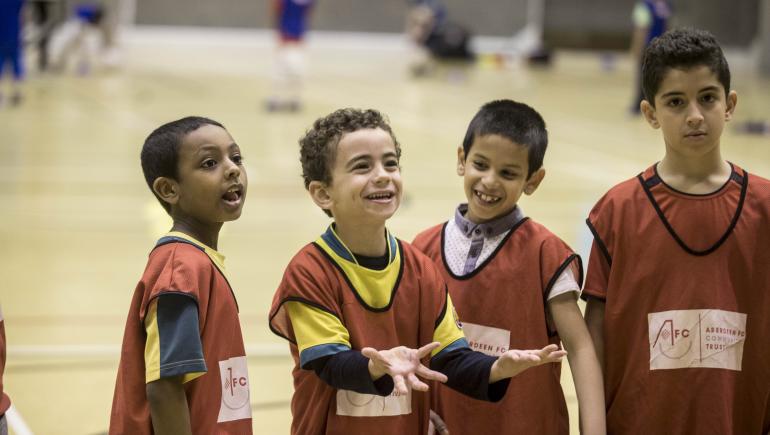 The club works with Harley Hamdani, Football Equity Officer for the Scottish Football Association, to increased their level of engagement with under-represented community groups, particularly those of an ethnic minority.

During 2015 they established four ‘participation centres’, including one with Aberdeen Mosque and Islamic Centre. A local grassroots club helps to deliver some of these programmes on behalf of the Trust.

Salik Miah, from the Islamic Centre, explained: “On a Saturday, the kids go to the mosque to learn their Islamic education and they couldn’t join their school teams because they had their matches on at that time. The kids felt left out.

He added: “Joining up with Aberdeen Football Club’s Trust, both parties have benefitted – it’s given the opportunity to work as a team, work for the community and for the kids to learn, volunteers to get involved and also they are learning the coaching side.

“We have all benefitted – and especially the community has benefitted from this.”

Find out more about the Trust >>